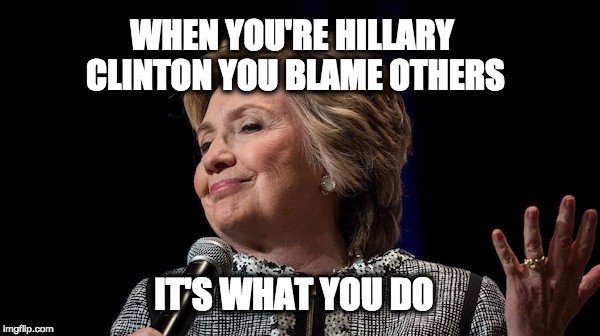 Ever wonder what happens to the favorables of a candidate after they lose a presidential election? Gallup has actually tracked those numbers beginning with Bush #41’s loss in 1992. That tracking has found that the favorables of the losing presidential candidate grows after the election–well–with one exception, former secretary of state, and 2016 loser,  Hillary Clinton. In fact, Hillary’s favorables haven’t changed very much since May 2015 near the beginning of her campaign. Since then, for about 3/4 of the time her favorables hovered +/- two percentage points from where it stands today, 41%.

Over the past quarter century, the favorable ratings of losing presidential candidates generally have increased after the election — some in the immediate aftermath and others in the months that followed. With the exception of John Kerry, for whom there are no comparable data, losing presidential candidates since 1992 have experienced a boost of at least four percentage points in favorability when averaging their ratings from the day after the election through the following June 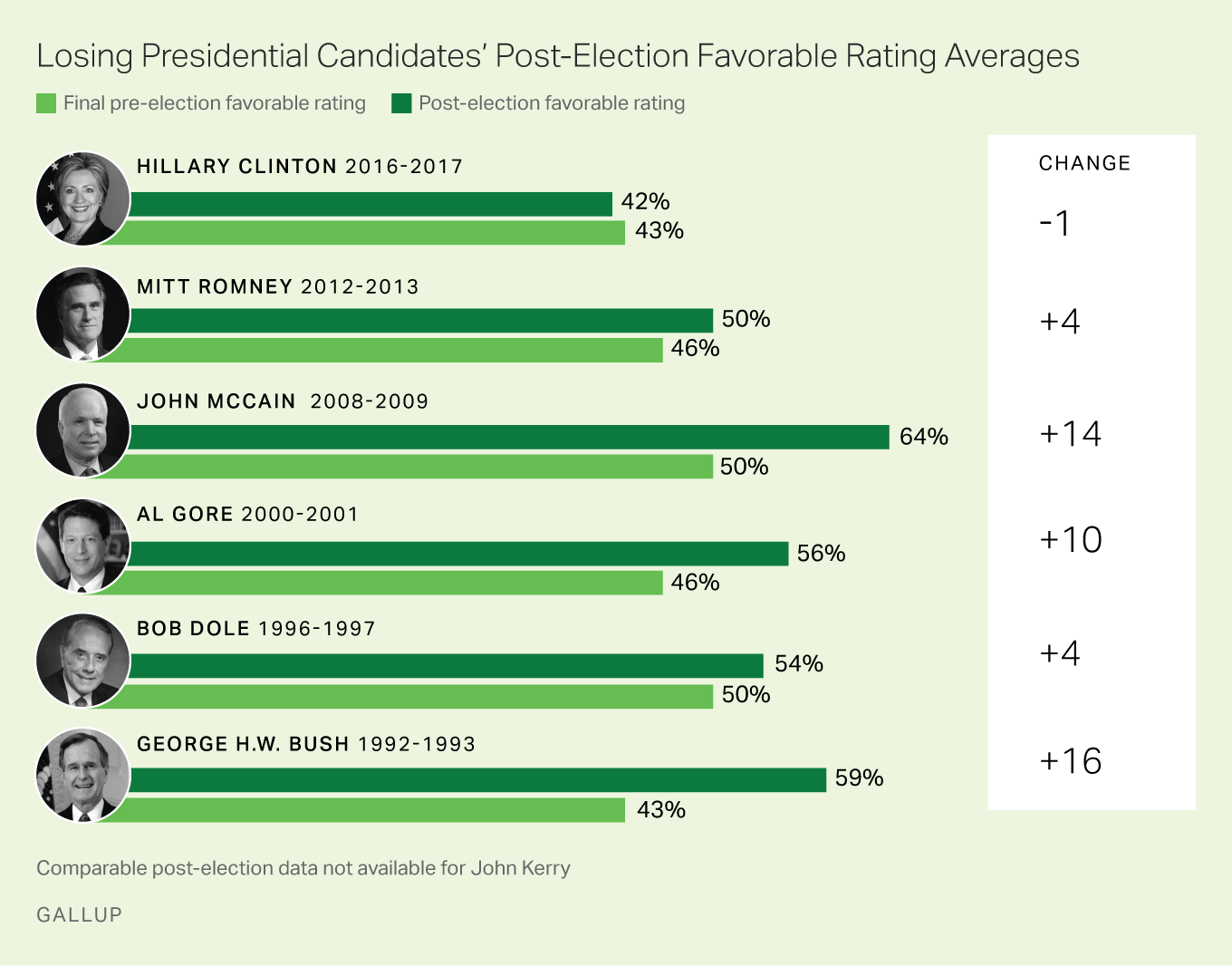 Based on this Gallup analysis, Hillary’s favorables has stayed basically the same since she lost the election last November (the -1% is not significantly significant).

Using an earlier Gallup analysis, while there were slight ups and downs Hillary’s favorables stayed generally the same (around 41%) beginning from

five months after she announced in April 2015 through the end of 2016 (note the data for the chart below comes from Gallup’s January 2017 Favorability, People in The News

May 5, 2015: The book “Clinton Cash” which exposed the Clinton Foundation/Hillary-run state department pay-for-play partnership published. Hillary’s favorables drop below 50% for the first time.

July 5, 2016: FBI Director Comey announces that Hillary’s handling of emails and America’s secrets was bad but no prosecutor would indict her.

Oct. 28, 2016: The FBI announces in a letter to Congress that it is reviewing a new batch of emails related to the Clinton investigation.

Looking at this chart we learn that Hillary’s favorability rose slightly (40-42%)  with the release of the Podesta emails. Perhaps because October 7th was also the date of the Access Hollywood tape damaging to Trump.

Her favorability continued to rise (43%) through Comey’s announcement he was reopening the Hillary email case through election day. In other words at least according to Gallup neither the Podesta emails nor the announcement of reopening the FBI email investigation had any effect on Ms. Clinton’s favorability. Truth be told, based on the numbers, the “event” that seemed to have the most effect on Hillary Clinton’s favorability was the publishing of Peter Schweizer’s “Clinton Cash.” perhaps Hillary Clinton should start blaming Peter Schweizer.

Most of the period from the time she entered the campaign through today, Hillary Clinton’s favorability has remained between 41-43%. One has to wonder why her favorability hasn’t risen since her loss on November 8th. Even Mitt Romney and Bob Dole’s favorability rose a little.

This is just speculation of course, but I would suggest that Ms. Clinton’s hard-core base is 41% of the electorate. Her refusal to take responsibility for the loss  and/or admit that Donald Trump connected to the American people better than she did, has prevented her from increasing that favorability beyond her hard-core base. America hates a sore loser, and since her loss Hillary Clinton has been a very sore loser. By my count Hillary Clinton has blamed 30 things beside the fact that she didn’t connect with the American people and ran a lousy campaign, including:

There are rumors that Ms. Clinton may run again in 2020. If she wants to have even the remotest chance she needs to face the fact of why she lost. Until she does the ceiling for her favorability may be around 41%.