Did Hillary Clinton Use Campaign Cash To Fund Book Tour? But That’s Illegal! 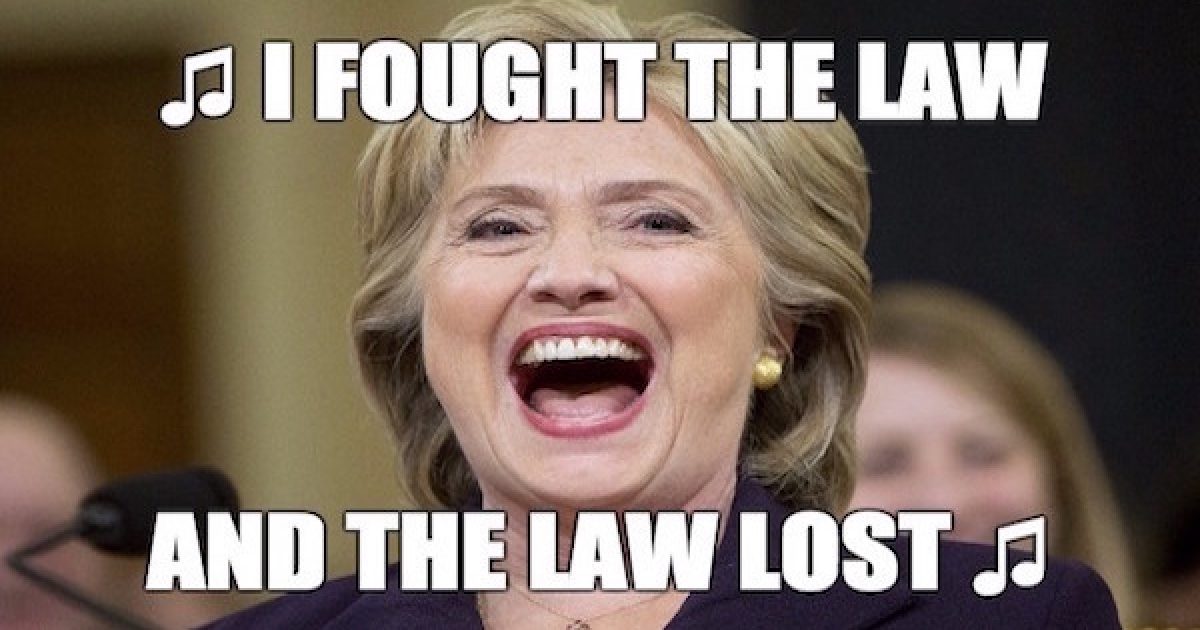 Before you read this post, please make sure you are seated, and if you have a heart condition, perhaps you shouldn’t read this. After all, the bombshell that Hillary Clinton may have broken the law can be jarring to a healthy heart [Okay sarcasm off].

By this point, nothing that Hillary Clinton has done or will do is much of a shock anymore. She and her family’s nefarious dealings are so far-reaching that it scarcely elicits a yawn when we learn about another ethical or legal breach on the part of the woman who yearned to be president.

The Washington Free Beacon reports that Clinton sent nearly $150,000 in unused campaign funds to a limited liability corporation for organizing her book tour and speaking engagements. This is a blatant violation of Federal Election Commission rules (not that anyone at the DOJ would care).

After her presidential campaign began to wind down, payments were made from the Hillary for America PAC to ZFS Holdings LLC.

The payments were identified as “rent,” but a 2016 interview in the Guardian cites an aide to the former Secretary of State who explained that “ZFS was set up when Secretary Clinton left the State Department as an entity to manage her book and speaking income.”

The FEC defines several ways in which a campaign can use leftover contributions, none of which authorizes the use of such funds for personal expenses.

According to Cleta Mitchell, a campaign finance lawyer, the funds need to be used for purposes explicitly involving winding down the failed campaign effort:

Personal use is illegal under federal campaign finance law. There are a number of questions that need to be answered to ensure that the campaign is using leftover campaign funds for a legally, permissible purpose.

Considering that the national media were so zealous in reporting possible campaign violations relating to Trump’s lawyer paying off Stormy Daniels, is it reasonable to assume they will attack this story with the same relish? Eh, don’t hold your breath.