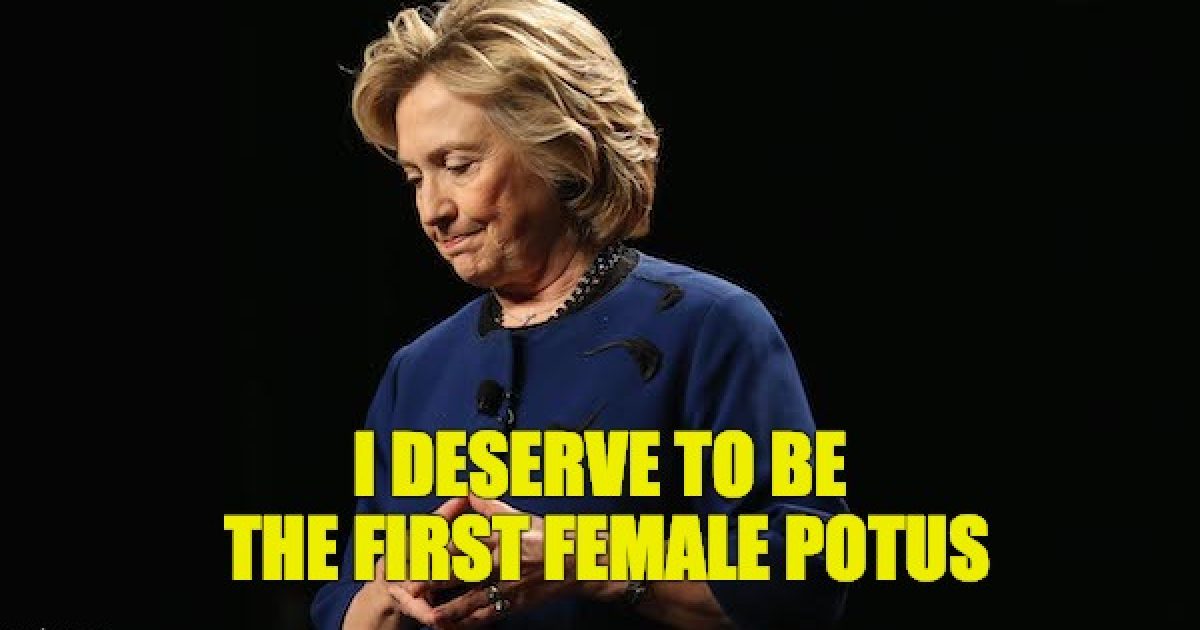 Facebook Twitter Flipboard
Run Hillary Run! Try going “0 for 3.” Oh, Puleeessse let this happen! It will be so much fun to see her lose again. Get out your copy of Clinton Cash, pull out your I am a deplorable t-shirt, they may be coming in handy again.
CNN’s Jeff Zeleny is reporting that Hillary Clinton has not given up on running for president in 2020

She might not be “closing the doors to the idea of running,” but I can guarantee that the same Democratic Party elites who screwed the competition and handed Hillary the 2016 nomination are rushing to closing their doors to a possible 2020 nomination. At the same time, hundreds of Republicans are praying to their maker asking for Hillary to become a three-time-loser.

After all, while Hillary is a leftist, the Democrats have moved much more liberal in the past two years and in their socialist minds probably consider her to be a conservative. And a Clinton run will re-open her email scandal and the pay-for-play operation she ran with the Clinton Foundation when she was Secretary of State.
Jeff Zeleny added, “it does not mean that there’s a campaign-in-waiting or a plan in the works.” And one close Clinton friend told Zeleny “it would surprise me greatly if she actually did it. Most losing presidential candidates never totally close the doors to running for president” again, Zeleny said. “But I think we have to at least leave our mind open to the possibility that she is still talking about it. She wants to take on Trump. Could she win a Democratic primary to do it? I don’t know the answer to that.”
I want her to take on Trump again also. She would get destroyed.  And after she does, maybe she will come up with new things to blame her loss on. Oh come on Democrats, beg her to run, make the 2020 election fun again.
Facebook Twitter Flipboard