Hillary: A Champion For Women And Victims For Over 40 Years (NOT) 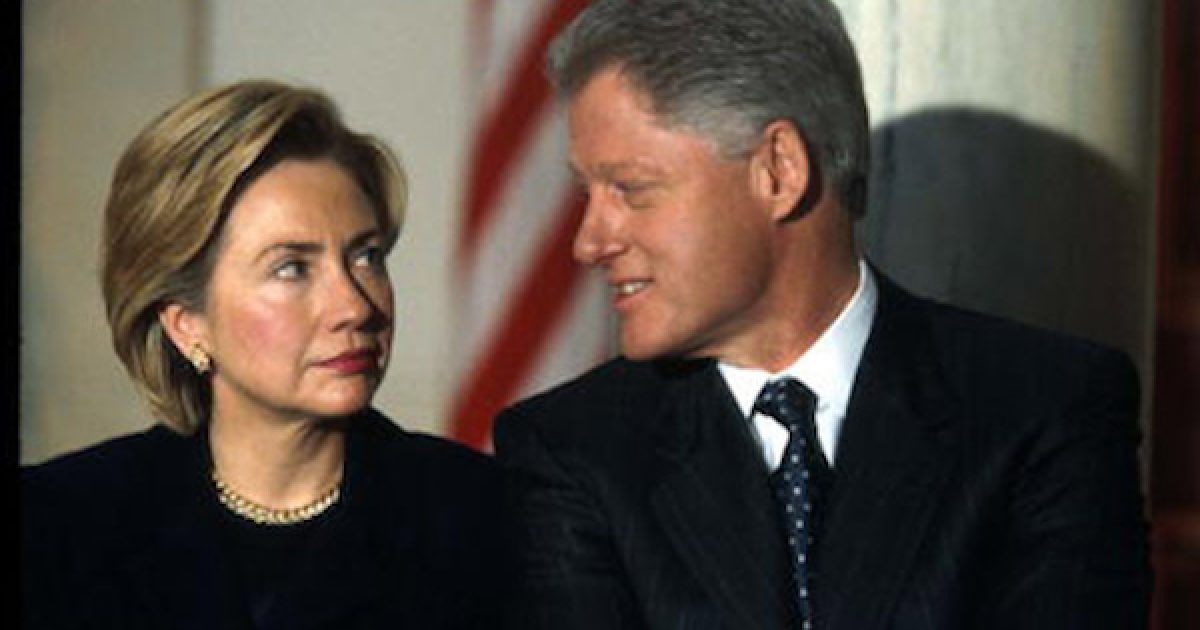 The hypocritical outrage of the Left against the Roy Moore’s of the world is sooooo amusing and, at the same time, sickening. Prominent members of a group in my area called the Progressive 25 have launched a campaign against me for victim shaming. Why? Because I questioned the timing of the allegations against Judge Roy Moore. Because I questioned Gloria Allred’s involvement. And because I pointed out several stories about the news-rags that broke the story being accused of paying people.

This incident brought back memories of the Duke Lacrosse team, where lives were ruined because of false allegations. Rev. Al Sharpton ran to the aid of the alleged victim with no proof and had no problem ruining the lives of several students on an accusation alone.

If Judge Roy Moore is found to be guilty he should be castrated with a dull butter knife and thrown into general lockup for life. But he is required due process under the law, as is everyone facing an accusation.

Enter the local self-righteous loons on the Left who bow to the ideology of their group. Yes, there are people in my community who have decided they have a FBD (Facebook Doctorate) in all matters.

Many of these accusing me had NO problem defending Bill Clinton, with phrases like, “that was far in the past.” Moore’s were 40 years ago. Clinton’s were only 20 years ago. Hello?!?

Mrs. Clinton had no problem ripping apart every accuser of hubby Billy Bob Clinton WITHOUT reservation. Where are you self-described defenders of women on the Left?

Those of you who voted for Hillary after calling Trump a womanizer, a woman-hater, or a sexual assaulter need to either have your meds checked or have some kind of mental stress test.

I was accused of victim-shaming for simply SUGGESTING we assume innocence until guilt is proven. Calling for Roy Moore to step aside is judging him guilty before its proven. I guess that only works for Democrats.

Before you say, “Well, Al Franken and others were accused and apologized.” No. They were accused and ADMITTED to doing it! Why aren’t you forcing them out? Al Frankestein gave a half-hearted apology on Facebook. But really, if he actually did those things and admitted to it, he should at least stick by the logic of the Left and remove himself!

The reason you need to be checked if you voted for Hillary is as follows:

Hillary called ALL of Bill’s accusers many names over many years and through many elections: “Gold Diggers,” “floozy,” “bimbo,” and “stalker” to name a few. Not after he was cleared, but while the allegations were going on. And those names were just the tip of the iceberg.

Let’s shed some light on how supportive Hillary is of women who claim to be victims at the hands of another by taking a closer look at her colorful descriptions she used for the women who accused her husband of sexual assault.

Gennifer Flowers, who Bill admitted to having a long-term relationship with, Hillary referred to as “some failed cabaret singer who doesn’t even have much of a resumé to fall back on.” Hillary called her “trailer trash.” And according to the Washington Post, Hillary was heard saying she would “crucify Gennifer Flowers.”

So I guess if you voted for Hillary you approve of that statement. Right?

One of the first women to come forward was Connie Hamzy. Hillary said, “We have to destroy her story” in 1991 during her husband’s first presidential campaign.

Hillary slammed Monica Lewinsky as a “narcissistic loony toon” after she and Bill were discovered romping around the White House! Can’t you just FEEL Hillary’s compassion and concern for the victims?

Hillary defended an “alleged” rapist of a 12-year-old and was caught laughing about it on tape! But really, she’s a compassionate woman, protecting women, right?

If we are to believe Hillary and her religious followers, then women should get the benefit of the doubt, right?

Hillary went after Juanita Broaddrick at a fundraiser. She knew Bill had raped her and went on to grab her hand, squeeze it very tightly, and in a condescending way thanked Broaddrick for everything she did for her husband! WHAT?

Bill had a reputation as a womanizer and abuser since high school. He had several run-ins in college and while holding other elected and non-elected offices. Yet the Left keeps protecting him. Why?

Even worse, they continue to keep protecting the one woman (Hillary) who truly victim-shamed every woman claiming to be assaulted by Billy Bob Clinton.

People, enough is enough! Don’t let them get away with it any longer.

This is not a Right-Wing conspiracy to get the Clintons. No Right-Wing operative drugged or hypnotized Bill and his victims and put them in compromising situations. No Right-Wing loon told Bill to drop his drawers and try to force women to have sex with him.

No. It was Bill’s character. It was Bill’s total lack of respect for women. And Bill had an accomplice, Mrs. Clinton, who did nothing but cover for him and victim-shame the women he victimized.

Even level-headed Democrats are coming around to saying Bill should have resigned and saying shame on Hillary.

But if you are someone on the Left or a so-called feminist or protector of women’s rights and yet still chose to vote for Hillary, then you have no credibility and have shown yourself to be a true ideologue and hypocrite.

Please, keep spewing your “stuff.” You will ensure Republicans remain in power for many years to come!