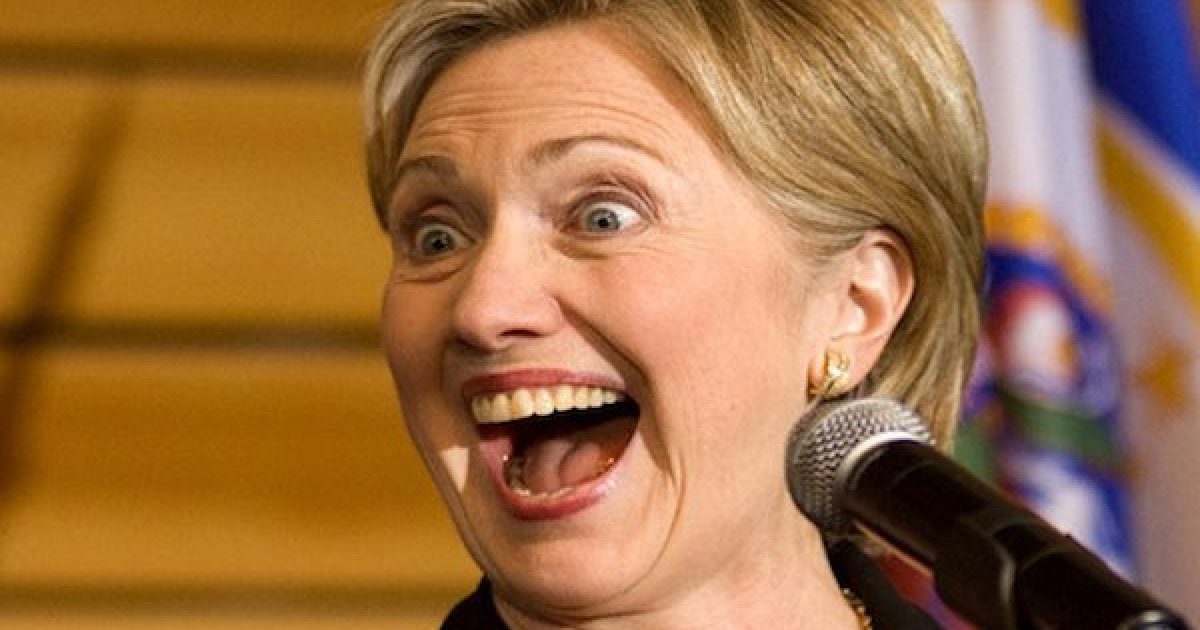 Look at the bright side, at least Hillary Clinton isn’t blaming Brett Kavanaugh for her election loss (she blamed almost everyone else). Maybe she is just saying crazy things so she can present an insanity defense in case the law ever catches up with her.

Maybe it’s her non-existent back pain that is the problem, but 2016 election loser Hillary Clinton seems confused. How else to explain her recent implication that the nomination of Brett Kavanaugh to the Supreme Court would bring America back to the days of slavery. Doesn’t she realize that Kavanaugh is not even a Democrat?

“This nomination holds out the threat of devastating consequences for workers’ rights, civil rights, LGBT rights, women’s rights,” Clinton said at a speech to the American Federation of Teachers on Friday. “It is a blatant attempt by this administration to shift the balance of the Court for decades and to reverse decades of progress.”

Hey, has anybody told Hillary that it was the Republicans who were fighting to end slavery in America, while the Democrats fought to preserve it?

“Secessionists in the South saw themselves as Democrats and were Democrats,” he added. “That so much of the Democratic Party’s history, since it is our nation’s oldest political party, has its roots in slavery.”

Her comments are reminiscent of other Democrats who have tried to demonize Republicans by saying they want to return to the days of slavery.

During the 2012 campaign, Former Vice President Joe Biden told a predominantly black crowd in Virginia that the Republicans and Mitt Romney “wanted to put them all back in chains.”

Now Clinton is echoing those sentiments. No surprise, but perhaps the woman who referred to blacks as superpredators should check herself before she makes such a wild claim.