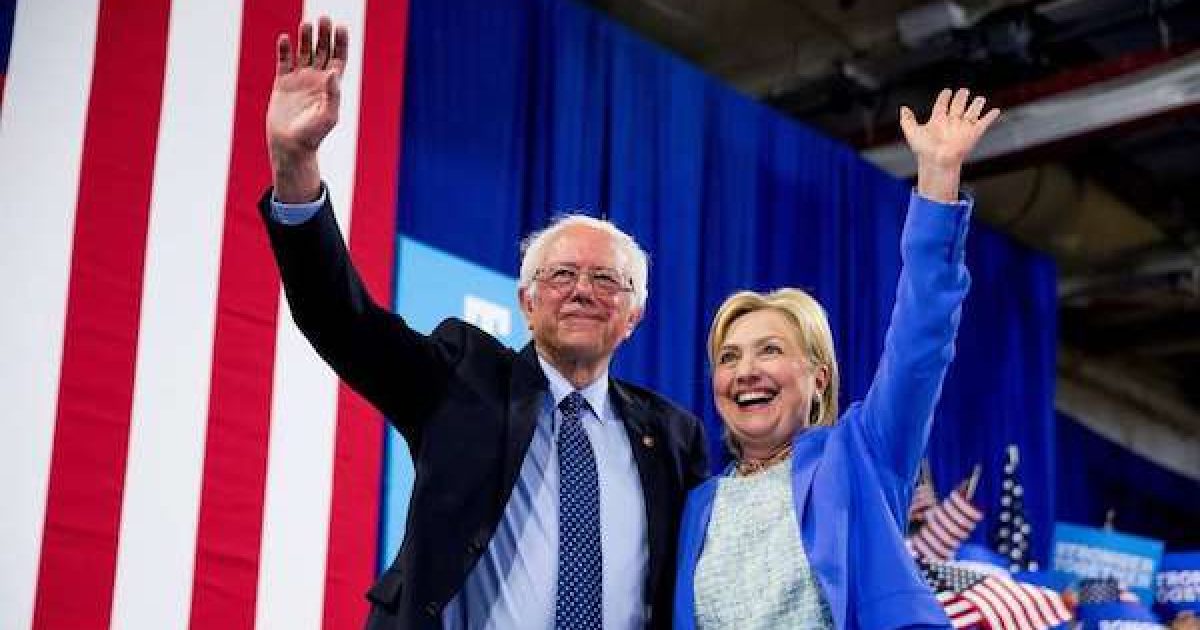 Campaign staffers of each of Democratic Party finalists have come forward to tell tales of rampant sexual harassment on the campaign trail that was wholly ignored by the democratic powers that be. Almost as surprising is that the media vehicle publishing their story was the very left-wing Huffington Post. Lilian Adams, who worked for Team Hillary and Zoey Jordan Salsbury who joined team Bernie each told  Huffington Posts they were preyed upon by fellow campaign workers and that the campaigns were “ill-equipped” to cope.

In  May 2016, Lilian Adams relocated to Colorado to work for Clinton a paid organizer.  It was in the Colorado office that Adams said she faced harassment from a fellow organizer.

Adams said she dealt with this harassment for months and mentioned it to a superior as early as June. Adams said.  Adams felt targeted, she said, because the man knew she was bisexual — and escalated from there. “He made multiple comments about my body, told people we were dating, would constantly try to get me to drink (I was 19), try to force me into situations where we were alone, encouraged me not to wear bras, etc.,” Adams said.

She talked to her bosses in June, but the campaign did nothing and the harassment continued. Ms. Adams tried talking to her supervisors about the harassment again in August. They finally listened,

The campaign fired her harasser shortly thereafter. In text messages between Adams and one of her superiors, which were reviewed by HuffPost, they both expressed relief that the problem was over.

But even after her abuser was fired, his work with the party — and the campaign — wasn’t over. In October 2016, Adams said she discovered to her astonishment that he had been rehired the previous month to work on the campaign with a different state party

The Huffington Posts spoke to someone Ms. Adams confided to at the time and her confidant confirmed her story. They also reached out to the harasser but he didn’t reply (both women in the story requested that Huffpo not release the name of their tormenter). The Hillary campaign was contacted by the site an wouldn’t comment.

Lillian Adams was disillusioned by the fact the campaign rehired the guy, just put him elsewhere to bother other women.

“You have a lot of young passionate people who want to help change the world through Democratic politics,” she said. “Older Democratic operatives see this passion and exploit it, putting us in an extremely stressful and unhealthy work environment.”

Zoey Jordan Salsbury caught the Bern and in  October 2015 she became president of Washington, D.C.’s American University Students for Bernie.

Her main point of contact in the Vermont senator’s campaign was an intern, another college student in Washington, D.C. When he made unwanted advances toward her, Salsbury said she didn’t know where to turn because the campaign had no internal infrastructure to deal with such issues ― at least involving volunteers.

The person Salsbury identified as her harasser did not respond to a request for comment. But her account was confirmed by her friend Colin Moir, a fellow member of the American University group. “He had been harassing her sexually,” said Moir, adding that Salsbury “was not able to speak to somebody higher up and report it.”

Ms. Salsbury felt hopeless. Unlike Ms. Adams, she didn’t contact her superiors because there was no culture of accountability in the D.C. office of the Sanders campaign. She felt that as a young volunteer, people wouldn’t listen to her.

It was “a culture that didn’t discuss office policies with volunteers or make it clear that harassment wasn’t tolerated,” said Salsbury.

Earlier this year, as he was running unsuccessfully for Congress in California’s 34th District, Arturo Carmona battled accusations of sexism and mistreatment of staff from when he was deputy political director in the Sanders campaign. Among the allegations was a charge by the campaign’s former national Latino outreach strategist, Masha Mendieta, that Carmona had “covered up” an accusation of sexual harassment made against a member of his staff in Nevada. Carmona didn’t take the allegations seriously, Mendieta wrote in a Medium post.

The reports of sexual harassment by celebrities and politicians can really make one lose faith in both. Sadly what one finds is there is a major differential how each case is treated in the political world. Bill Clinton and Al Franken’s exploits were covered up for 40 years, the examples above will have no consequences. But within five minutes of his accusers’ story getting out, calls for Judge Roy Moore resignation began and ever since the pressure increased.  Perhaps Moore should resign, but then the political careers of all the harassers should be ended.