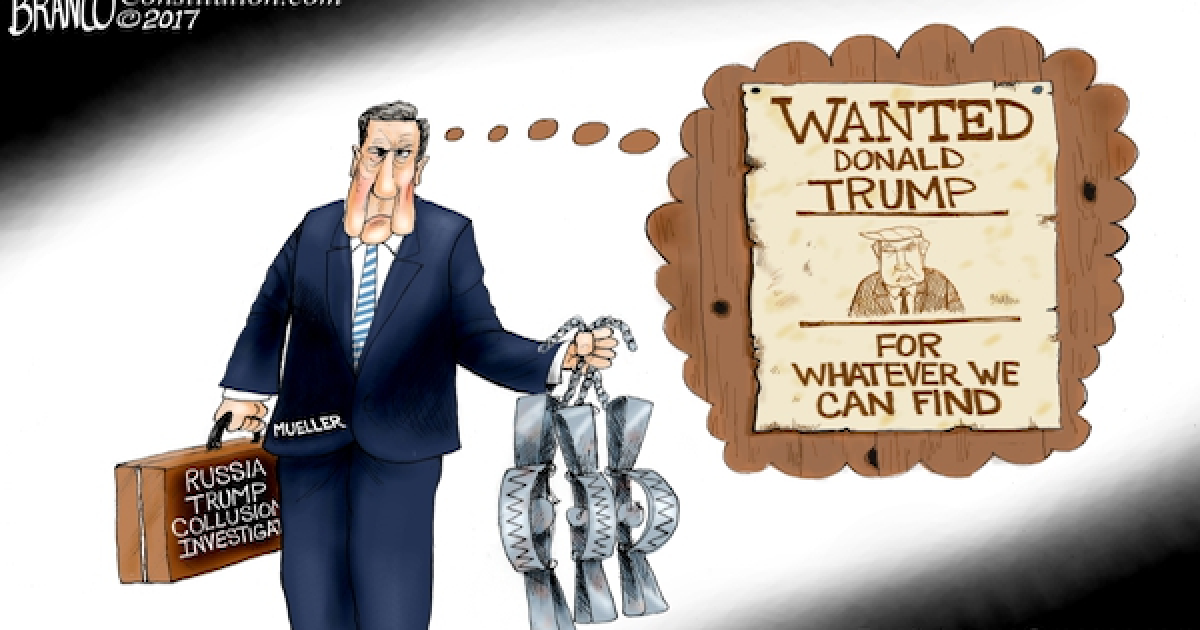 The Mueller investigation is now officially out of control! The Russian investigation reached an entirely new level of stupid.  The FBI raided the home, office and hotel room of the President’s personal attorney Michael Cohen.  And according to Cohen’s Attorney Stephen Ryan,  the action was “completely inappropriate and unnecessary.”

“It resulted in the unnecessary seizure of protected attorney-client communications between a lawyer and his clients,” Ryan said. “These government tactics are also wrong because Mr. Cohen has cooperated completely with all government entities, including providing thousands of non-privileged documents to the Congress and sitting for depositions under oath.”

Cohen has been the President’s attorney for a long time, he is very close to President Trump (who is Cohen’s only client):

Federal prosecutors in Manhattan obtained the search warrant after receiving a referral from the special counsel, Robert S. Mueller III, according to Mr. Cohen’s lawyer, who called the search “completely inappropriate and unnecessary.” The search does not appear to be directly related to Mr. Mueller’s investigation, but likely resulted from information he had uncovered and gave to prosecutors in New York.

“Today the U.S. Attorney’s Office for the Southern District of New York executed a series of search warrants and seized the privileged communications between my client, Michael Cohen, and his clients,” said Stephen Ryan, his lawyer. “I have been advised by federal prosecutors that the New York action is, in part, a referral by the Office of Special Counsel, Robert Mueller.”

The bureau raided Cohen’s office on Monday and seized records related to several topics, including the $130,000 payment he arranged to adult film star Stormy Daniels days before the election, The New York Times reported.

Daniels says the payment was “hush money” intended to keep her quiet about an alleged affair with Trump.

However, the FBI didn’t just seize documents related to Daniels, they also seized emails, tax documents, and business records. While the left may leap to conclusions about the FBI raid, those with knowledge of the ongoing situation insist that Mr. Cohen has been cooperating fully with the law enforcement agency and that some of the material seized would be useless for building any case against President Trump as it would be protected information, thanks to our laws regarding attorney-client privilege.

This raid once again shows the weakness and the problem with appointing a “special counsel” like Robert Mueller.

Federal prosecutors were able to get a warrant to use against Mr. Cohen after getting a “referral” from special counsel Mueller. Mueller, you’ll remember, is supposed to be investigating the role that Russia MIGHT have played in the 2016 election. Instead, he’s filed charges against Michael Flynn, Paul Manafort, Richard Gates and George Papadopoulos… but none of the charges are actually related to any misconduct by the president’s campaign.

Essentially, the American taxpayers are paying millions of dollars for the special counsel to find evidence of crimes, no matter how small, from anyone who may have supported President Trump in 2016.

This has moved beyond ridiculous and is now entering the realm of farce. Making it worse was that Cohen had been cooperating with the special prosecutor’s office. Granted this is a separate office, but the NY investigation is based on a recommendation by Mueller.

This investigation needs to end yesterday.