Heating Oil Getting Scarce And Prices Spike In N.Y. And Northeast 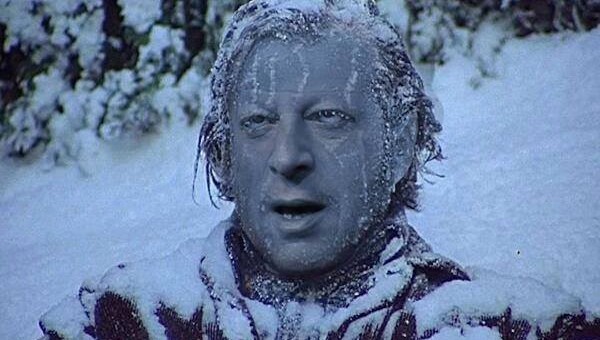 Home heating prices are soaring this winter, especially in New York and the northeast, where heating oil shortages loom before the winter has even begun.

On October 13, there was a 26-day supply of home heating oil left for the northeast U.S.

By October 24, it was down to a 25-day supply, the lowest since 1993, as calls to release the Northeast Home Heating Oil Reserve have already begun, and it’s not even November.

According to Energy.gov, if released, the Northeast Home Heating Oil Reserve could boost supplies for about a week or two: “The reserve would give Northeast consumers supplemental supplies for approximately 10 days, the time required for ships to carry additional heating oil from the Gulf of Mexico to New York Harbor.”

Amid the shortages — not merely confined to oil — the U.S. Energy Information Administration projects that the cost of heating American households will increase 27 percent to $2,354 this winter for heating oil, 10 percent by electricity to $1,359, 5 percent for propane to $1,668, and 28 percent for natural gas to $931.

This happens when every country in the world deliberately shuts down production, as it did in 2020, not just for petroleum but all commodities and other products during the Covid economic lockdowns. Production still has not caught up to pre-Covid levels, even as demand has continued to increase.

The short-sightedness, exacerbated by green policies designed to disincentivize oil and coal production and consumption, has meant the supply crunch was not met with a production surge as inflation instead consumed household spending. With the crisis further exacerbated by Russia’s invasion of Ukraine, another recession is already upon the global economy. In that sense, it is also wartime rationing.

Now, news agencies have even begun promoting the rationing. For example, Fox 61 in Connecticut interviews one elderly homeowner who is already stockpiling blankets for her home.

Anecdotally, I listened to a similar report on local WMAL in northern Virginia last week, urging listeners to get blankets because of surging home heating costs this winter.

In Europe, where home heating prices are even higher, electric blanket sales (and prices) are soaring in the U.K. and Germany, a craze that could easily stretch across the Atlantic.

Dressed up as noble conservation, the language is plain and clear: We don’t have enough energy to stay warm. This is what a reduced carbon economy looks like in the winter, and over the longer term, in New York, the northeast, and the rest of the U.S., blankets might be little comfort in what looks like it will be a brutal transition into the Green New World.