Staggering Majority Say Of U.S. Heading In The Wrong Direction. 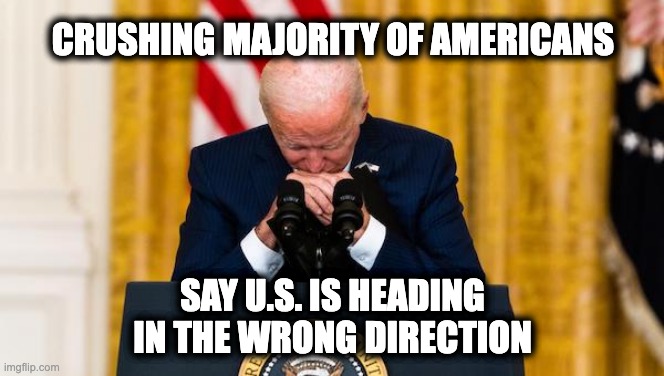 Suppose Joe Biden had taken office a year ago promising to crush the U.S. economy. In that case, he could not have done a better job of it than he’s been doing, according to various polls that significantly agree on one crucial point: A whopping 67 percent of the public believe the country is headed in the wrong direction under the Delaware Democrat. heading in the wrong direction

According to the new Rasmussen survey released Monday, that’s the story from likely voters. Only 28 percent believe the nation is on the right track.

Simultaneously, a new NBC News poll shows “72 percent of Americans say the country is headed in the wrong direction — essentially unchanged from the 71 percent who held this view in October’s NBC News poll.”

According to NBC News, the network poll also shows Americans believe their household income “is falling behind the cost of living.” In addition, they believe political polarization “will only continue and that there’s a real threat to democracy and majority rule.”

NBC noted, “when Americans were asked to describe where they believe America is today, the top answers were ‘downhill,’ ‘divisive,’ ‘negative,’ ‘struggling,’ ‘lost’ and ‘bad.’”

Inflation is reportedly at 7 percent. Gasoline is more than $1.50 more expensive per gallon than when Biden took office. 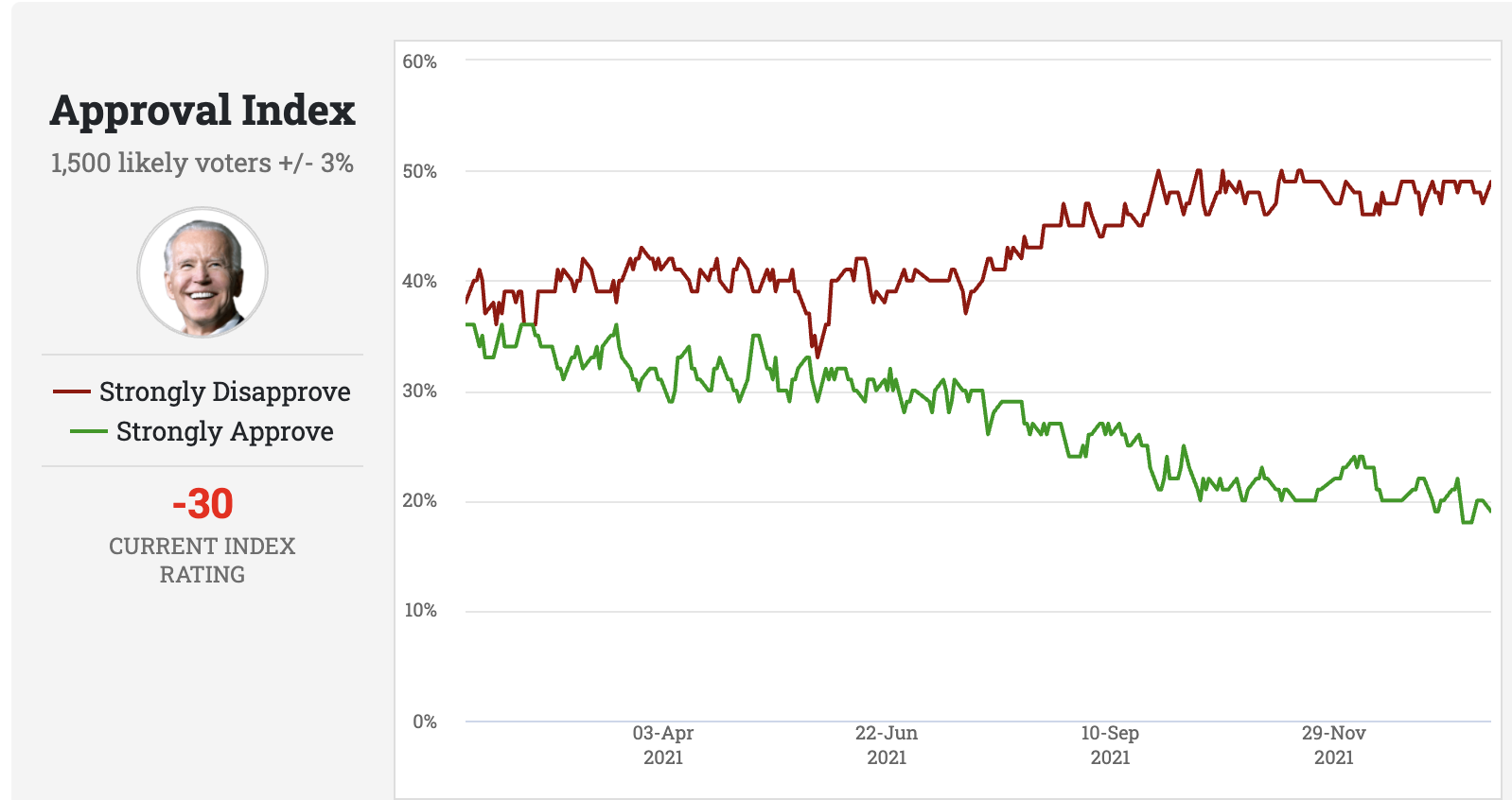 The alarming numbers come as the stock market continued plummeting with a big sell-off spurred by market fear over a possible adjustment in the interest rate and also because of growing tensions in Ukraine.

Still, CNBC’s Jim Cramer on Monday urged people not to panic. But that’s not reassuring to people whose retirement accounts have been savaged this month and their concerns that what has been lost so quickly will take months, perhaps even years, to recover. Many people either recently retired or heading into retirement don’t have years to patiently wait for a resurgence, and their fury could be realized in November when they take out their anger on Congressional Democrats.

Ballotpedia lists twice as many Democrats not seeking re-election to Congress this year as Republicans so far (28-to-13). Some are seeking different offices—politicians find it hard to seek employment in the private sector and get away from a public paycheck, evidently—and others have announced they are retiring.

The Real Clear Politics average of polls also shows wjy so many democrats are retiring from Congress. 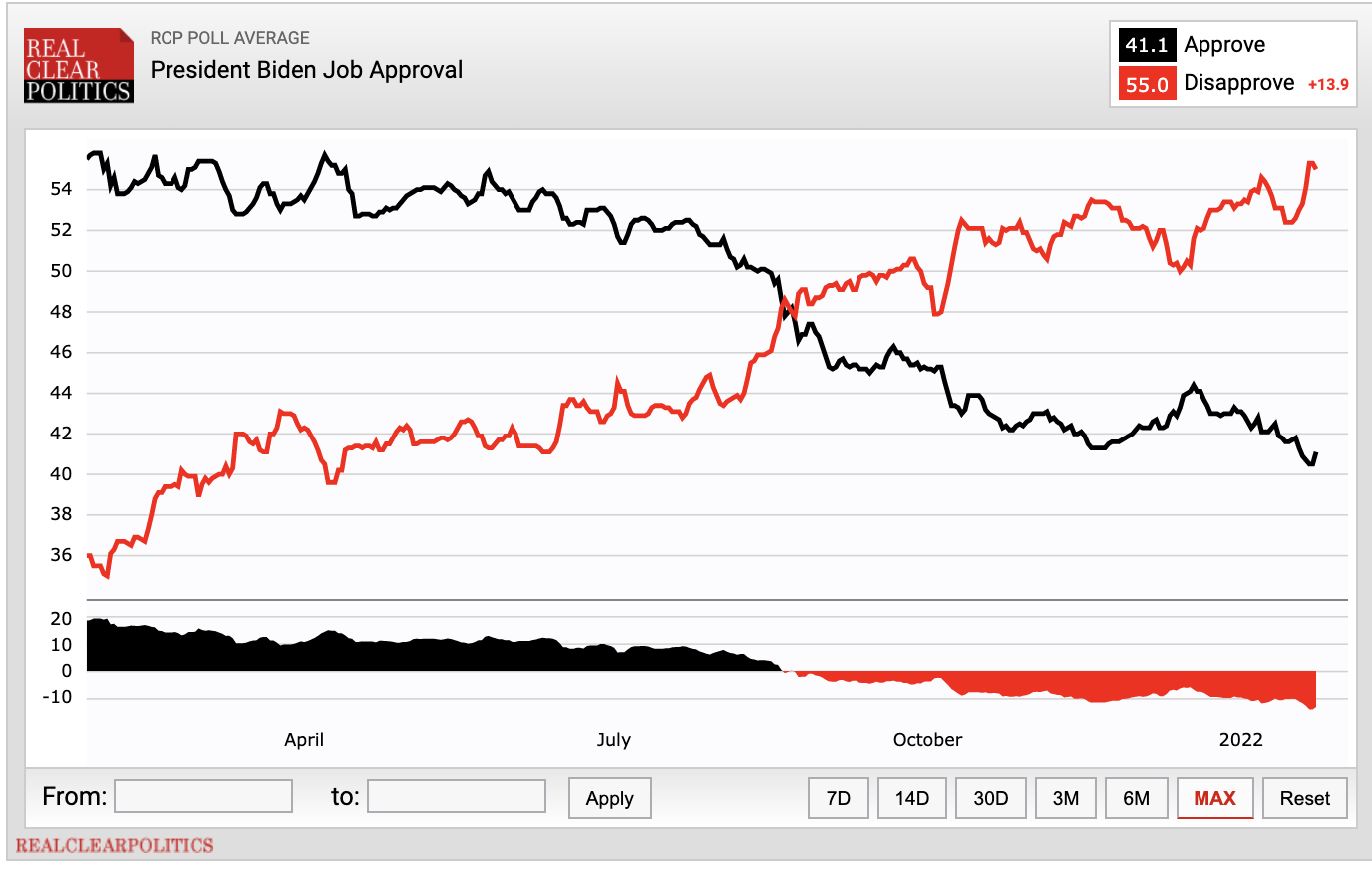 heading in the wrong direction