Chuck Todd: Media ‘Underplayed’ How Hated Hillary Clinton Was in the Heartland 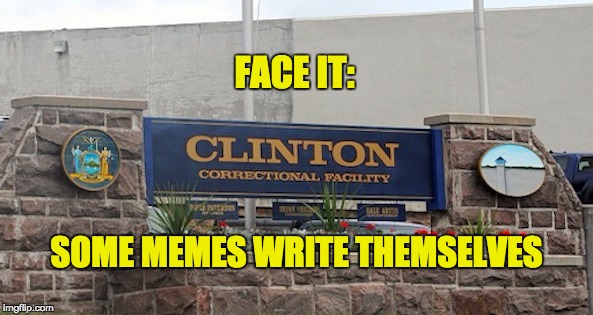 This should be a shocking story and it’s a sad commentary on the state of American media that it isn’t. In a recent episode of NBC’s Meet the Press podcast “1947” Chuck Todd made a stunning admission to his guest, Ari Fleischer (and the rest of us). Todd told Fleischer that the media “underplayed” just how “hated” Hillary Clinton was in America’s Heartland.

“I knew how hated Hillary was in the heartland…. Where I think political correctness got in the way of what we all knew as reporters and didn’t fully deliver was how hated the Clintons were in the heartland. And I think it was a fear of, ‘Oh, is it going to look like it’s sexist, anti-woman if we say that?’

Look, there were no Donald Trump for prison posters that I saw on the trail… but I did see it with Hillary Clinton. I saw ‘Hillary Clinton for Prison’ signs on lots of yards as long as you went thirty miles outside a metro area. I think we underplayed it a little bit out of political correctness fears.

If we sort of were straight-up honest and blunt about—hey do we understand the level of hatred that’s out there—and you know, all the Hillary for Prison signs that are out there, we certainly would have at least made the viewer know, hey, you know, she’s not well-liked in some places in this country in ways that’s times ten when it comes to Trump.”

Ari Fleischer responded that the reason for the pro-Hillary political correctness is that most of the reporters reside on the political side of the aisle:

And, because I do submit they’re largely from the same liberal caste, they see things through the same type of ideological lens, they’re so much more susceptible to that damning political correctness that blinds them. And they don’t see what you just said.

Fleischer suggested the way that networks get political diversity is to stop hiring reporters who live on the coasts, to mix it up with people from the heartland.