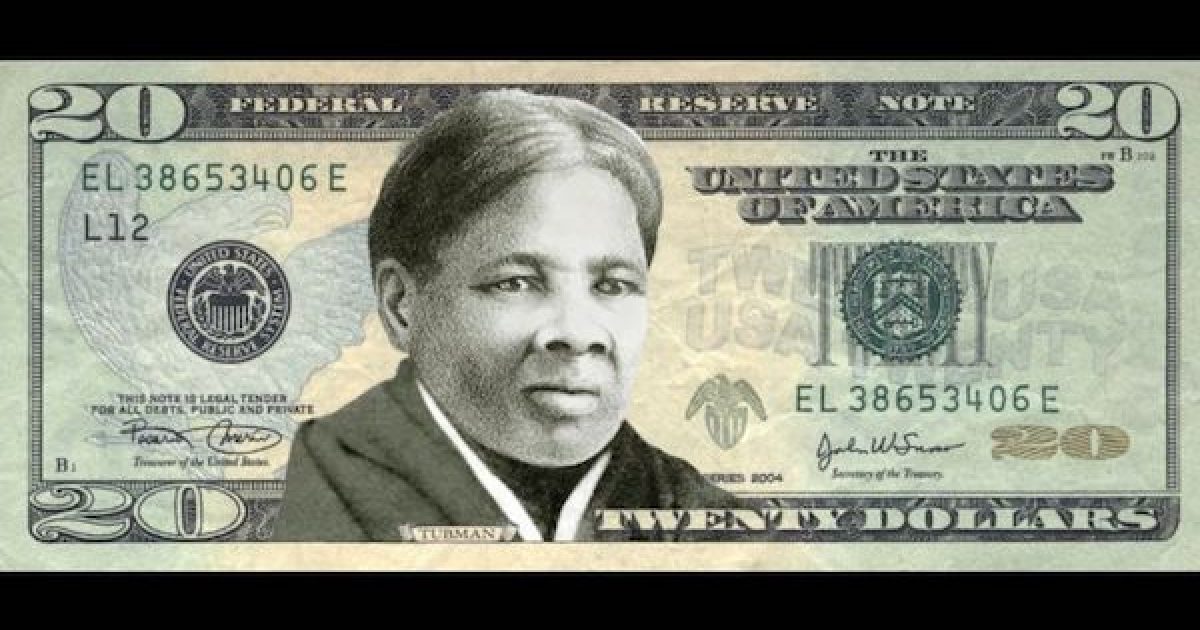 One of the left media’s recent attacks on President Donald Trump is that he is a racist for stalling the changeover of the $20 bill from a photo of President Andrew Jackson to a picture of famed former slave turned abolition activist Harriet Tubman. But now, even an Obama operative is calling that attack fake news.

Just last Friday the New York Times ran a piece that is fraught with rampant speculation on Treasury Secretary Steven Mnuchin’s reasons for “delaying” the release of the new Tubman $20 bill.

Indeed, the new $20 bill is not going to hit the streets any time soon. During his May appearance before the House Financial Services Committee, Sec. Mnuchin said the rollout would probably occur in 2028 with new designs being tested in 2026 or 2027.

But according to the Times, a new design has already been created and is being reviewed by engravers.

With that claim, the paper speculates that the delay is political, and one made not to upset the raaaaacist Donald Trump:

But the Treasury Department, which oversees the engraving bureau, decided that a new $20 bill would not be made public next year. Current and former department officials say Mr. Mnuchin chose the delay to avoid the possibility that Mr. Trump would cancel the plan outright and create even more controversy.

But according to Breitbart News, these claims are all fake news.

The U.S. Treasury Department is denying the Times’ story altogether. Senior Adviser for Public Affairs to the Secretary of the Treasury Monica Crowley said the existing timetable is “consistent” with the previous administration’s, adding that Mnuchin is focused solely on “security features and anti-counterfeiting measures.”

“The scheduled release (printing) of the $20 bill is on a timetable consistent with the previous administration,” Crowley said in a statement.

“The Secretary at this point is focused on security features and anti-counterfeiting measures related to the currency,” the statement continued. “The suggestion that the process is being delayed is completely erroneous.”

Bureau of Engraving and Printing Director Len Olijar also told the media that any claims that the preparations for the new $20 bill could be done by 2020 are simply an idiotic claim.

In fact, Olija slams anyone who says the image of the new bill being thrown around by the media is anything close to official.

Here’s an early design of the Harriet Tubman $20 bill created by the Bureau of Engraving and Printing. Steven Mnuchin said designs would be delayed until 2026 and a future Treasury secretary will decide who’s on the face of the note. https://t.co/brRwxuu8F1 pic.twitter.com/o0ffu53tF2

Ojila noted that the mock-up of the new bill is just a “copy of an old Series note with the signatures of former officials, with a different image superimposed on it.”

“It is not a new $20 note, as incorrectly stated by the New York Times, in any way, shape or form,” Olijar continued. “The facsimile contained no security features or offset printing included on currency notes.”

“There is nothing about that illustration that even begins to meet technical requirements for the next family of notes,” he concluded.

Finally, according to the liberal Washington Post, several former Obama appointees have told the media that claims that the new bill could be finished by 2020 were always silly pipe dreams.

So, these attacks claiming Trump is quashing the Tubman bill because he is raaaacist are all just fake news. Indeed, the system is rolling along like always, and Trump’s people are doing nothing to impede the process.