And Forever In Peace May You Wave. 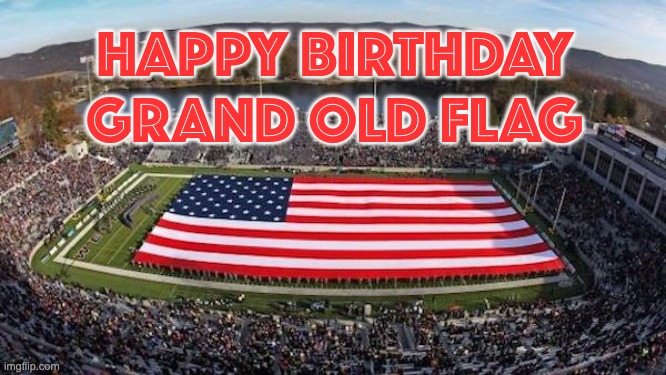 With wokism, cancel culture, and CRC sweeping across the country, the Stars and Stripes should be a unifying symbol. As former President Trump, who was born on Flag Day, often said during his four-year term, “We are one people, with one destiny. We all bleed the same blood. We all salute the same flag. And we are all made by the same God.” happy birthday old glory

Flag Day 2021 falls on Monday, June 14th.  It commemorates the adoption of the flag of the United States, which happened 244 years ago on June 14, 1777, by resolution of the Second Continental Congress: Happy Birthday Old Glory 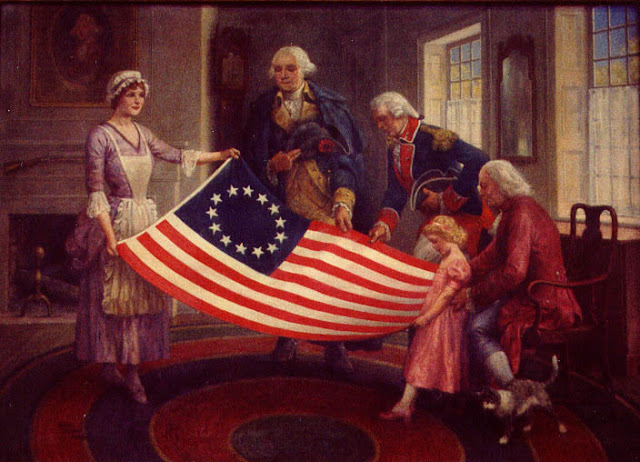 I Pledge Allegiance to the flag of the United States of America and to the Republic for which it stands, one Nation under God, indivisible, with liberty and justice for all.

The holiday of Flag Day had a very rough start. In 1861, at the beginning of the Civil War, George Morris persuaded Hartford, Conn., to undertake a patriotic celebration on behalf of the Union. But the concept didn’t catch on, there or elsewhere.

Decades later, in 1885, a 19-year-old Waubeka schoolteacher named Bernard Cigrand plunked a small flag into an inkwell on his desk and assigned his students to write essays on patriotism. Later he traveled the country to promote respect for the flag, becoming president of the American Flag Day Association. Happy Birthday Old Glory 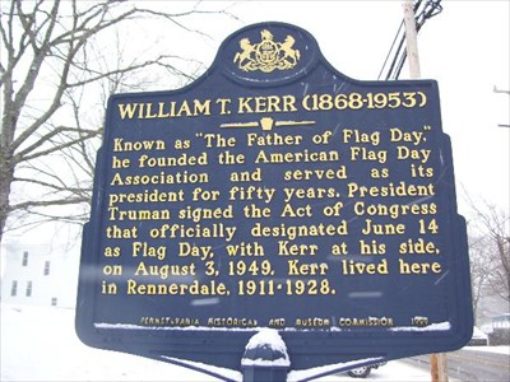 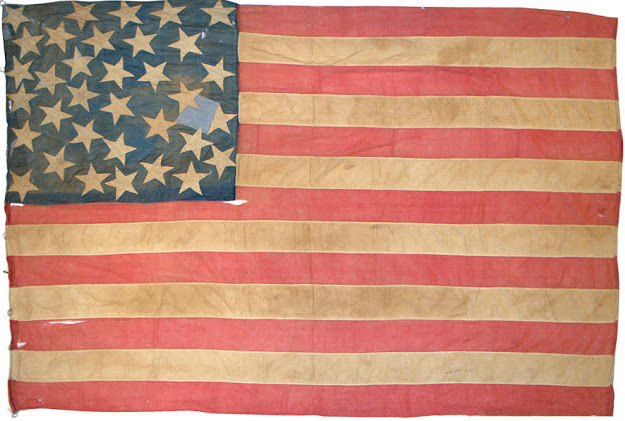 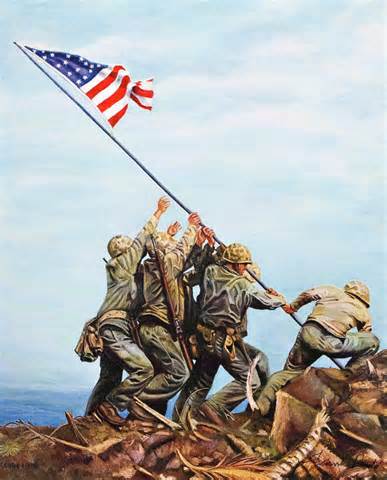 Today saluting the flag or even being patriotic seems to some corny or even jingoistic. Some even say it’s racist.  But when America is challenged, we pull together.  In the face of horror, Old Glory has always been a rallying point for all Americans. It has helped us deal with national tragedies, after 9/11 for example: 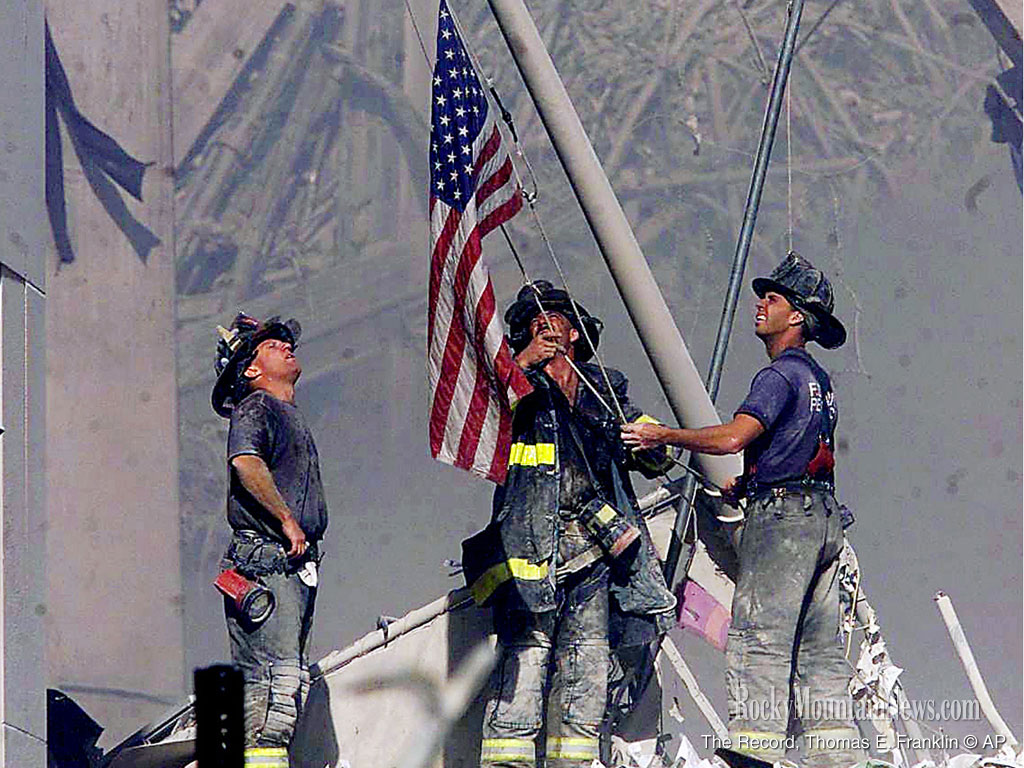 It unified the country after the Boston Marathon bombing, for one day, everyone, even New Yorkers, cheered the Red Sox: 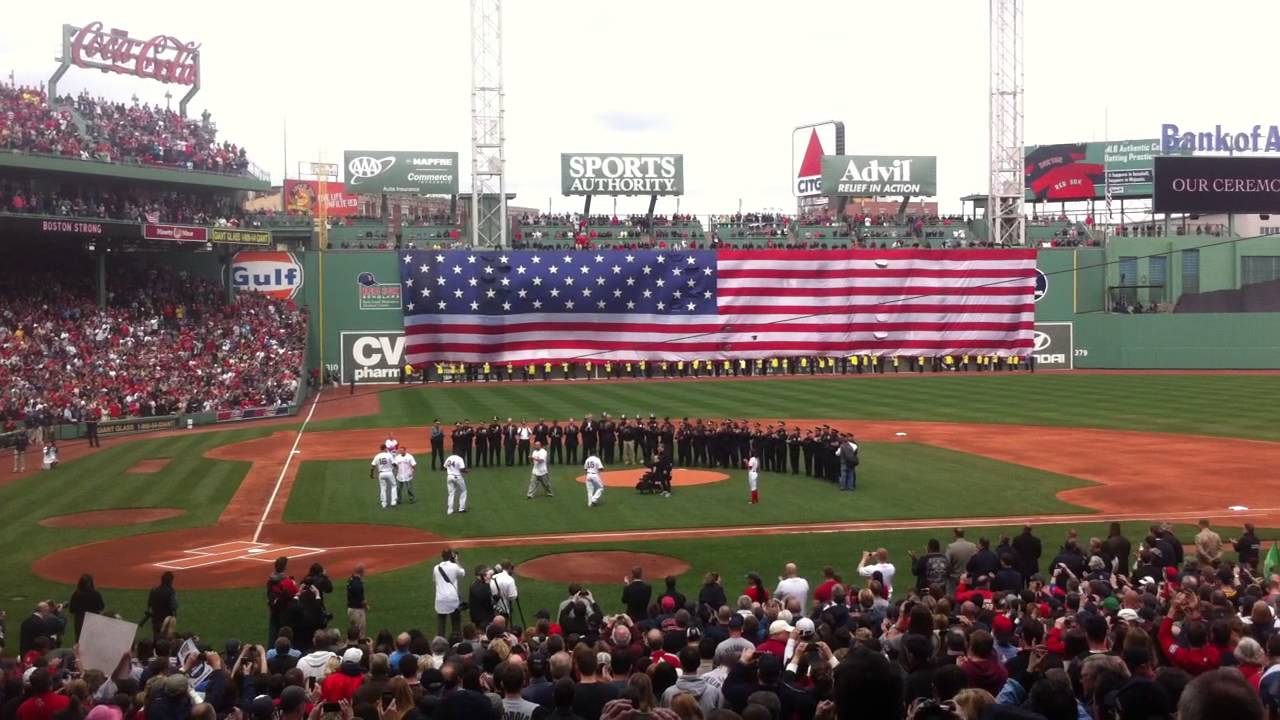 Speaking as a New Yorker, we did go back to hating the Red Sox the next day…but that’s baseball. 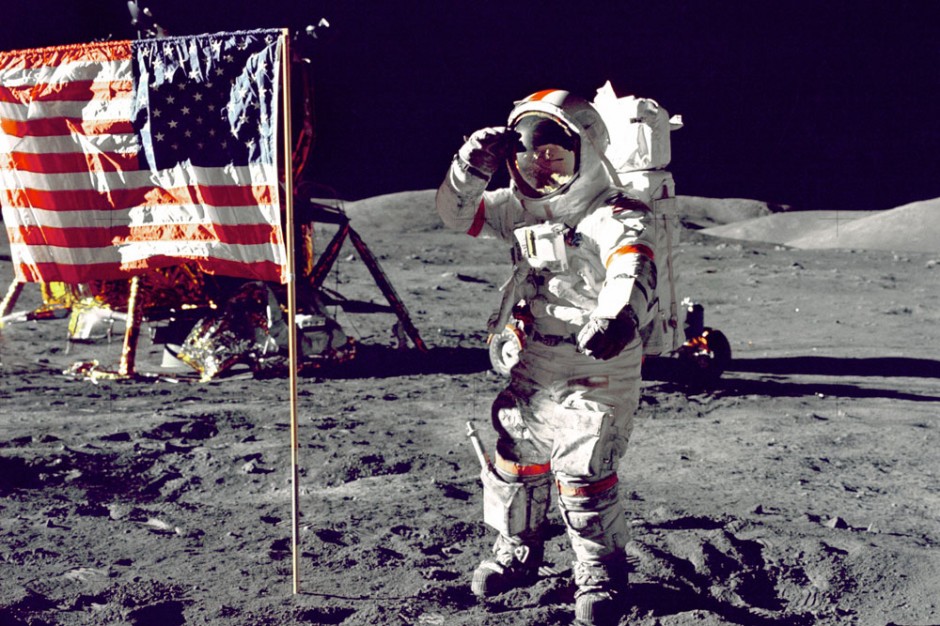 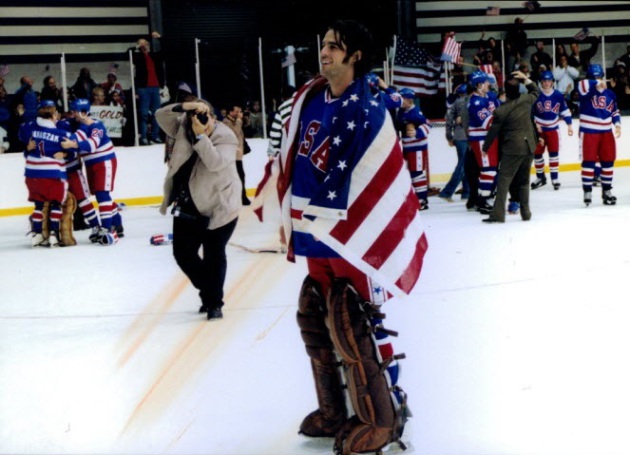 1. The flag predates the Constitution. The flag was authorized by the Continental Congress on June 14, 1777. The motion read, “Resolved that the flag of the thirteen United States be 13 stripes alternate red and white: that the union be 13 stars, white in a blue field, representing a new constellation.” The Constitution was written 10 years after that and ratified in 1789.
c
2. What’s the deal with Betsy Ross? Historians are still debating Betsy’s role in designing the first flag, but she recounted that she was asked to sew the flag by her fellow churchgoer, George Washington. Ross had also done some seamstress work for Washington. You can read the debates online,  but here’s what the historical marker in front of her house says: “Credited with making the first stars and stripes flag, Ross was a successful upholsterer. She produced flags for the government for over 50 years. As a skilled artisan, Ross represents the many women who supported their families during the Revolution and early Republic.”
c

3. What exactly is a vexillologist? A vexillologist is a flag expert. It’s a relatively new word, coming into use in 1959. According to the North American Vexillological Association, there are currently no degrees offered on the subject. This may not be exciting as “Bowling Management” a real degree offered by Vincennes University in Indiana, or Puppet Arts, a degree offered by The University of Connecticut in Hartford, Connecticut, Sexuality at the University of San Francisco (I wonder what the tests were like), and the one I really wish I took Humber College offers a degree in comedy (can you imagine taking Groucho Marx 101?).

6. Where outside the United States can you see the flag continuously 24 hours a day? There are five American flags unfurled on the moon, thanks to the Apollo astronauts. You may not be able to see markings on them, though; they have most likely turned white over the years

7. Which flag had the snake on it? You’ve probably seen the yellow flag with a coiled rattlesnake and the motto “Don’t Tread On Me.” This is the Gadsden flag, named after its designer, General Christopher Gadsden. The flag was used in the Revolutionary War. There are other variations of the flag with rattlesnakes and versions of the motto. Benjamin Franklin was one of the originators of the snake as an American political symbol in a famous 1754 political cartoon.

8. Where was the first flag flown outside the U.S. in military action? It was first flown over the shores of Tripoli. The Marines were involved in military operations against the Barbary pirates (and weren’t called Islamophobic).  After the Marines hit the sand, they raised the Stars and Stripes. Then, after the Battle of Derne in 1805, the flag was raised on foreign soil for the first time after a battle.

9. What is Francis Scott Key’s flag connection? Key witnessed the American flag flying after a British attack on Fort McHenry in Baltimore in 1814, while he was a guest on a British ship as he negotiated for the return of American prisoners. His experience inspired him to write a poem, “Defence of Fort McHenry.” After it was published, Key matched it up with music from a popular British tune, which eventually became “The Star-Spangled Banner,” our national anthem. By the way, if “vexillology” wasn’t enough fun, here’s another one: the act of adding new lyrics to an existing song is called “contra factum.”

10. What’s the largest American flag? It’s so big you can’t fly it, but the “Super flag” conceived of by the late Thomas Demski measures 505 by 225 feet and weighs 3,000 pounds. It takes 600 people to unfurl. Each star is 17 feet high. Bonus fact: The National Constitution Center in Philadelphia has its own giant American flag on display in its Grand Hall Overlook, surrounded by the flags of all the U.S. states and territories and with the iconic Independence Hall in the background. The flag was flown over the capitals of all 50 states and was hung by Muhammad Ali in a special Flag Day ceremony on June 14, 2003, when the museum opened.

11. How was the 50-star flag designed? In the 1950s, when it seemed certain that Alaska would be admitted to the Union, designers began retooling the American flag to add a 49th star to the existing 48. Meanwhile, a 17-year-old Ohio student named Bob Heft borrowed his mother’s sewing machine, disassembled his family’s 48-star flag, and stitched 50 stars in a proportional pattern. He handed in his creation to his history teacher for a class project, explaining that he expected Hawaii would soon achieve statehood as well.  Heft sent the flag to his congressman, Walter Moeller, who presented it to President Eisenhower after both new states joined the Union. Eisenhower selected Heft’s design, and on July 4, 1960, the president and the high school student stood together as the 50-star flag was raised for the first time. Heft’s teacher promptly changed his grade from a B- to an A.

As the Constitution says, our government was created “In Order To Form A More Perfect Union,” Of course, no one can ever claim that the United States is perfect, but we are much closer to perfection than any other country on this planet. The Grand Old Flag represents the freedom and liberty of the United States which is always striving to become “more perfect.” The  Stars and Stripes should be honored every day, but especially today, Flag Day.