Happy Birthday Dad, I Miss You 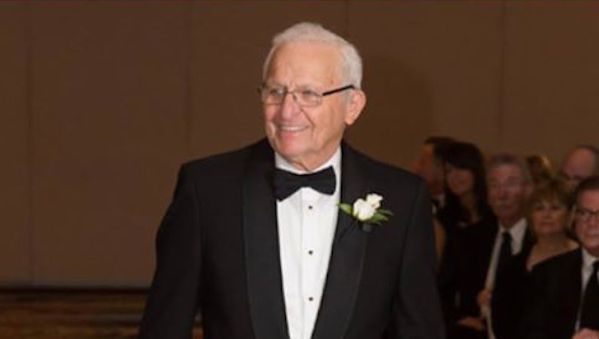 Today would have been my dad, Milton Dunetz’s 94th Birthday. He passed away three days after his birthday four years ago. When I visited him in Florida two weeks before he passed away, Dad said more than once that my Mom, of blessed memory, was calling him.  Anybody who knew my mom knows when she called you better listen. I guess he listened. Dad told me a few before he died that he wanted to make it to 90-year-old. His 90th birthday was Oct. 30, so he made it to 90 years and three days.

Dad was the nicest person I ever knew, and not just because he was my father.  This may sound corny, but it’s the truth.  Wherever we were, if there were little children or puppies around, they would gravitate toward my dad, probably because they sensed his good nature. You never had to tell my dad to smile when you were taking a picture…he was always smiling and always singing.

My Father was in severe pain for the past two months because of disk issues. The pain killers he took for the pain accelerated his dementia.  When I was down in Florida two weeks ago, he was desperately trying to hold on to his memory; continually going over everyone’s names, my kids, my brother’s, and my sister’s, the layout of our homes, etc. Despite it, all my father kept talking and singing happily (my dad loved to sing).

I became a conservative because of my dad. He was a house painter. When I got into high school, I started working for him during school breaks and summer vacation. It was great work, I got to use the company car, and the boss’ wife made me meals.  While we were working, Dad’s radio was always on WMCA-AM, which featured conservative stars such as Bob Grant and Barry Gray.

My dad was a life-long Democrat who voted for Conservatives. Before he passed away, he early voted for Donald Trump. Note to Florida’s secretary of state. If you see a 2020 ballot from my father that places a vote for Biden, it’s a lie. If he was still alive, he would be voting to re-elect Trump, like me.

Happy Birthday, Dad, your three kids, and six grandchildren miss you. I hope mom is with you singing happy birthday.