Two Gun Suppressor Bills Introduced In Senate: One For-The Other Against

Democrats Are Watching Too Much TV 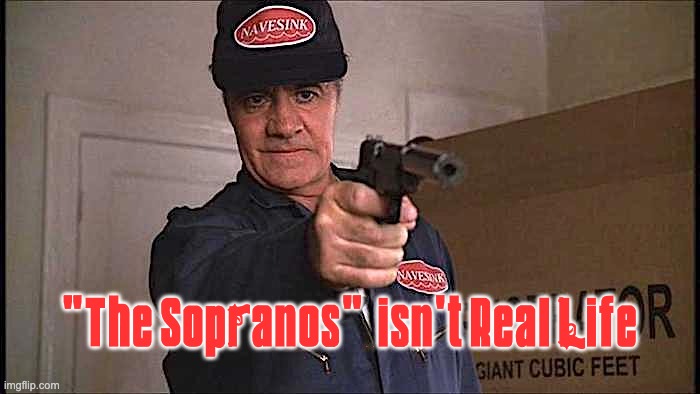 Senator Lee’s bill is called the ‘Silencers Help Us Save Hearing Act,’ or “SHUSH.” As we all know, a suppressor drops the decibels of a gun being fired to a level that can help save the gun owner’s hearing. It never totally silences the report of a gun, only diminishes it. Despite the corny name, it’s a good bill.

The 2021 Help Empower Americans to Respond (HEAR) Act, which Menendez first introduced in 2019 after the Virginia Beach mass shooting that killed 12 people, bans the sale, manufacturing, importation, transfer, and possession of gun silencers.

“Gun silencers are dangerous devices with one purpose and one purpose only – to muffle the sound of gunfire from unsuspecting victims,” Menendez said in a Thursday statement. “The sound of gunshots is what signals you to run, hide, take cover, call the police and help others save themselves; however, this is nearly impossible when a gun silencer is used.”

That’s why they were used in the TV hit  Sopranos, but these democrats need to get their heads out of TV programs about New Jersey Mafia families.

Watson Coleman called silencers “tools of murder” in a Thursday statement “They have no legal application, which is why law enforcement officials around the country have been calling for their elimination,” she said, adding that the HEAR Act “will save lives and is part of the common-sense approach to firearms legislation that polls show has widespread support among voters on both sides of the aisle.”

In real (non-TV) life,  suppressors reduce the sound but by no means “silence it.” Suppressors are currently heavily regulated through the National Firearms Act (NFA). To buy a suppressor, purchasers have to register their fingerprints and share their photographs with the Bureau of Alcohol, Tobacco, Firearms, and Explosives, or the ATF, receive law enforcement certification, pay a $200 tax and fill out an application.

If the Democrats would quit watching television and movies and listening to the far left— they might know the truth. And where they are getting the idea that victims can’t run from the sound is completely idiotic – even when the June 2019 Virginia Beach shooter used one, many heard the shots and were able to run.

Then we have the bill introduced by Senator Mike Lee, which seeks to reduce the regulations of the suppressors so that more ordinary people can access them. With the Democrats controlling both houses, Lee’s bill doesn’t have a chance in hell of passing, especially after Thursday’s shooting, because the Democrats watch too much TV.