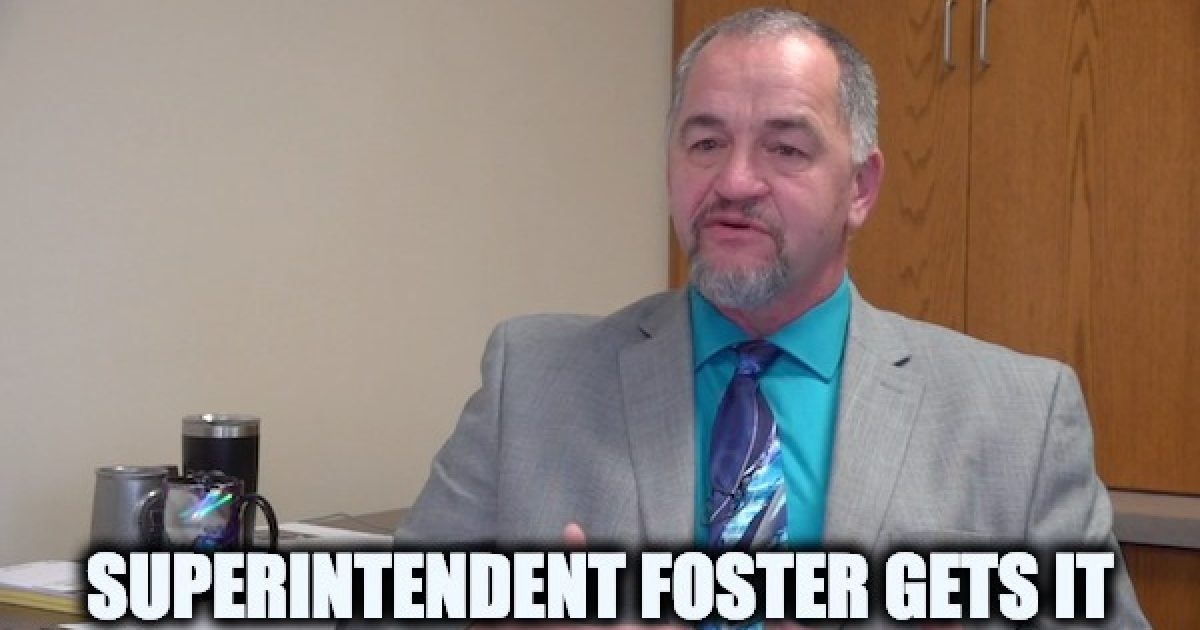 Foster is set to implement a one-week training period to familiarize kids with firearms in the rural Iowa district. The program will teach gun safety, but will also teach a variety of survival skills.

“Our job and what we do best is education and educating our kids is a lot better than having them learn about these things on the street,” Superintendent Foster said.

The school district has debated the program for years, but after the recent death of a Clarksville High School student as a result of an accidental shooting while he was fishing with friends pushed the need further. Kain Allen Schild was 15 when he died last May.

“With the number of weapons in our area and the access to them in the homes, I think it’s important that we do these things,” Foster said.

The class will be mandatory under the district’s physical education curriculum but according to Foster, no parent in the district have opted out of the course.

Of course, parents may opt out and place their children in a study hall class during the scheduled training course.

The class will be taught by “members of the local Department of Natural Resources and experts from the Butler County Conservation Board will help guide the students,” Fox reported.

“The program will start out with why we do hunter’s education and then the ways of how firearms work and then we move on to safe handling methods,” Steve Martin, a naturalist for the Butler County Conservation Board told the media.

Naturally, liberals are furious at the plans.

“Middle schoolers haven’t developed the cognitive capacity of an adult to rationally understand the risk of firearms, and they likely can’t tell the difference between having a loaded and unloaded gun,” said a left-wing representative of the Brady Campaign To Prevent Gun Violence. “We know from Government Accountability Office reports that child safety programs don’t work. As adults, we have a responsibility for safe stewardship of weapons. Expecting children to practice safe storage on our behalf just isn’t responsible.”

…. Wait a minute, lefty… are you telling me that middle schoolers are aware enough and should be allowed to “choose” their gender, but their little brains are too malformed to “understand” gun safety? That’s a liberal’s failed logic, isn’t it?… Show me the research…if it’s real and the courses don’t work then don’t give up,  design a better course.

My health class in middle school spent a week on birth control, STDs etc. It is easier to understand gun safety than why I don’t want to be a father at age 13, but it still got taught. More schools across the country should teach gun safety.

For his part, Superintendent Foster scoffed at the Brady Campaign’s anti-gun hysteria and also said that gun safety should not be a political football.

Below is a video report about the new Clarksville program.

Most of this post was first seen at Godfather Politics.