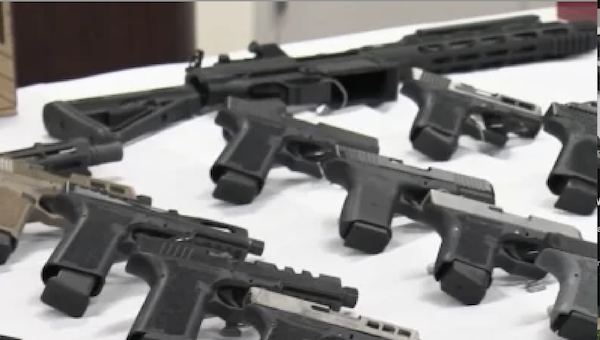 Two national gun rights organizations have issued a joint statement regarding the murderous rampage at an elementary school in Uvalde, Texas.

As more facts emerge about the shooting, anti-gunners are capitalizing on the tragedy to push a gun control agenda that has nothing to do with the incident and would not have prevented it. Fox News is reporting, “In the wake of the shooting, Democrats have been calling on the Senate to pass the Bipartisan Background Checks Act of 2021, which would expand the National Instant Criminal Background Check System to require a background check for all firearm sales, including private sales between two unlicensed individuals. But because Ramos purchased his weapons legally from a licensed firearms dealer, the measure would not have impacted the transactions in which he acquired his guns. “

“I hate to say this,” Abbott continued, “but there are more people who are shot every weekend in Chicago than there are in schools in Texas. And we need to realize that people who think, ‘Well, maybe we could just implement tougher gun laws, it’s going to solve it.’ Chicago and L.A., and New York disprove that thesis. And so, if you’re looking for a real solution, Chicago teaches that what you’re talking about it’s not a real solution. Our job is to develop real solutions we can implement.”

These comments came the day after Joe Biden went on national television to offer comfort and unity to the nation but launched into a tirade against the firearms industry and gun owners.

As the National Rifle Association prepares to gather in Houston for its annual convention, The Guardian reports that anti-gun activists are preparing for a confrontation. The Guardian quoted Ashton P. Woods as “an activist and founder of Black Lives Matter Houston.”

Woods reportedly stated, “These people are coming into our community. The city of Houston needs to kick them out. We must be just as tough about these things as they are.”

Meanwhile, the Second Amendment Foundation and Citizens Committee for the Right to Keep and Bear Arms have thrown down the gauntlet.

“Legitimate, law-abiding American gun owners are today as outraged and saddened as everyone else by the horrible acts of a crazed murderer in Uvalde, Texas. The Second Amendment Foundation and Citizens Committee for the Right to Keep and Bear Arms join our fellow citizens to grieve the unimaginable loss suffered by the Uvalde community and the citizens of Texas.

“The past 24 hours have allowed us to learn far more about the killer and the circumstances surrounding his deplorable act of violence. Unlike anti-gun-rights politicians, including Joe Biden, who quickly exploited this horror to push an agenda aimed at diminishing the Second Amendment and shifting blame to millions of gun owners, we waited for more information.

“If there is blame beyond that of the killer, it must be shared by political leaders whose policies have turned our public schools into soft targets and by self-appointed activists and school boards that have resisted school resource officer programs, opposed and prohibited programs that train teachers and staff to provide armed first response in an emergency, while perpetuating dangerous “Gun-Free School Zone” laws.

“President Biden demanded “commonsense gun laws.” We believe it is time for common sense, period. We spend billions of dollars on foreign aid. We can provide millions of dollars to local law enforcement agencies for school resource officers. We protect our politicians with armed security. Let’s protect our schools to the same degree.

“Let’s take advantage of a great resource: our retired military and law enforcement professionals. They protected our nation and our communities. They can easily protect our school children.

“Instead of demonizing gun owners and the firearms industry, bring them to the table and benefit from their knowledge. Together we can succeed where the gun prohibition agenda has disastrously and repeatedly failed.”