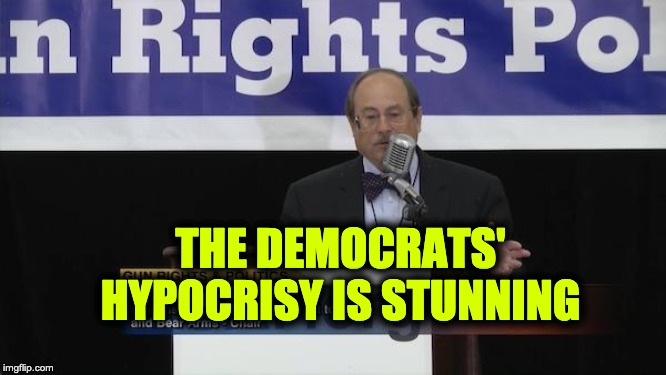 A national gun rights organization has taken off the gloves against Congressional Democrats and the new Democrat majority in the Virginia General Assembly, in what might be called a well-directed political bow shot at hypocrisy and obstruction. Gun Rights Group unloads on Dems

Alan Gottlieb, chairman of the Citizens Committee for the Right to Keep and Bear Arms, ripped House Democrats for pushing the impeachment of President Donald Trump. He believes it’s an effort not just to remove Trump from office, but to derail his efforts to balance the courts and strengthen the Second Amendment.

“Whatever else House Democrats are doing,” Gottlieb said in a prepared statement, “it remains clear to us that they want to obstruct the president’s progress on restoring the courts with judges who understand and adhere to the Constitution. Congressman Nadler even admitted, perhaps unintentionally, that his party does not want to wait for next year’s elections, essentially taking power away from voters to decide the direction of the country.”

Almost immediately after taking office, the president began filling vacancies in the federal courts, including the opening on the U.S. Supreme Court, which he filled with Justice Neil Gorsuch. He has endeavored to fill those vacancies with relatively younger judges to make this a lasting legacy. Federal judges are appointed for life.

“The president’s court appointments have frustrated and infuriated congressional liberals and their gun control supporters,” Gottlieb said. “Imagine what the president could do in one more year, much less over the next five years. His appointments will become his greatest legacy and make the Second Amendment great again.”

Gottlieb said the House Judiciary Committee “must realize” their impeachment effort is going to fall flat in the U.S. Senate.

He called the entire impeachment process “the culmination of a three-year tantrum over the outcome of the 2016 election which, had it gone the other way, could have resulted in irreparable damage to the courts and especially the Second Amendment.”

“The country needs for this nonsense to end,” Gottlieb said.

By no small coincidence, at the same time Democrats were trying to demolish the Trump presidency, their fellow Democrats in the Virginia General Assembly have been threatening all manner of gun control starting next month in Richmond. At least one lawmaker reportedly suggested withholding state funds from county jurisdictions that refuse to enforce any new gun control laws in 2020.

“After weeks of rhetoric about alleged ‘quid pro quo’ efforts by President Donald Trump to force the Ukraine government to investigate a political rival or risk losing U.S. aid, it is dumbfounding that a Virginia lawmaker would suggest essentially the same thing,” Gottlieb observed. “The hypocrisy is stunning.”

“Anti-gun Democrats can call that anything they want,” he said, “but it equates to the kind of political blackmail their Capitol Hill colleagues have accused Trump of committing. Apparently, strong-arm coercion is okay so long as it’s a Democrat who’s doing it.”

But the gun rights leader acknowledged that things have changed for anti-gunners, whether in Richmond or on Capitol Hill.

“These anti-rights extremists aren’t even trying to disguise their intentions anymore,” Gottlieb stated. “What was once the party of gun control has become the party of gun confiscation and social bigotry. Where they were once apprehensive about gun control, now they are arrogant. They despise gun owners and they’re determined to reduce a constitutional right to a heavily-regulated privilege. They will punish anyone who stands in their way.”