Give Us Your Money So We Can Take Your Guns 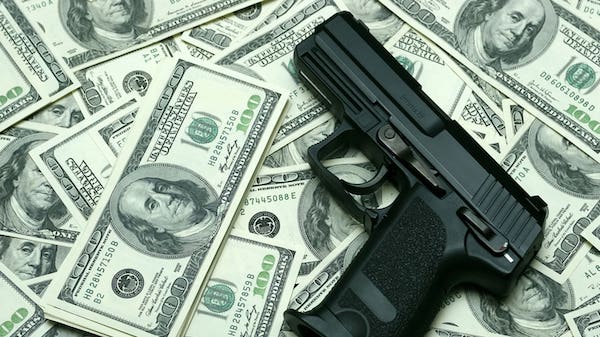 Gun prohibition lobbying groups at the national and local levels were pushing for contributions as the year came to an end in hopes of passing more gun control laws in 2020, despite a revealing newspaper article in Seattle that suggests gun control is not working the way gun haters had hoped.

Veteran Seattle political columnist Joel Connelly wrote Tuesday, “The United States in 2019 has experienced 417 mass shootings, more than days in the year, and a record high of 41 mass murders that resulted in four or more deaths.”

Connelly alludes to Washington State, where newly-released data from the state Department of Licensing reveals the year is ending with 646,344 active concealed pistol licenses. That’s up 971 CPLs from what the number was at the start of December, and it represents an additional 37,884 licenses issued in just the past 12 months.

For a state that seems to be dominated politically by blue Seattle, there are a lot of armed citizens who understand that the Utopia now being pushed by I-5 corridor liberals is a myth and that violent crime is ticking upward rather than down.

As if to underscore this, Connelly writes how Washington voters “passed gun safety initiatives in 2014, 2016, and 2018, each put on the ballot after the Legislature failed to act. The latest measure, I-1639, raised from 18 to 21 the minimum age to purchase a semi-automatic assault rifle.”

There are a couple of problems with this. There’s no such thing as a “semi-automatic assault rifle,” according to Spokane County Sheriff Ozzie Knezovich. Simply because a definition was included in I-1639 in 2018 doesn’t mean such a gun really exists because that definition is so broad as to include ever self-loading rifle ever manufactured anywhere on the planet.

More importantly, though, is the fact that Washington’s homicides have crept upward since 2014, which suggests these gun control “victories” have actually been failures. According to the FBI Uniform Crime Reports, in 2015 (the year following passage of I-594, requiring “universal background checks”), Washington saw 209 total murders with 141 involving firearms. In 2016, there was a dip, with 195 total homicides and 127 involving guns. But the number rebounded dramatically in 2017, with 228 slayings including 134 involving firearms, and in 2018, the most recent year for which data is available, there were 232 murders including 138 committed with guns.

One might argue that the number of gun-related slayings is slightly lower, but that begs the question: Are people killed with firearms any deader than people who were strangled, stabbed, or bludgeoned to death?

Connelly further noted of the 41 mass murders, “33 were carried out with firearms.” The mass killings claimed 211 lives, according to data from the Gun Violence Archive, Associated Press, USA Today, and Northeastern University.

Only when one gets several paragraphs into the story is this acknowledgment found: “A total of 39,158 people have died due to gun violence, 24,028 of them through suicide using firearms. But 15,134 have died through homicides and unintentional shootings.”

Translation: All firearm-related fatalities are lumped together under the heading of “gun violence.” A person who dies in a firearms accident is considered as much a victim as someone who is murdered. Likewise, people who take their own lives with guns—an act of emotional despair as opposed to being murdered by some monster in a Texas church or a loon who opens fire at a California garlic festival—just inflate the body count, for a more dramatic effect.

In one appeal over the name of Shannon Watts, the Everytown for Gun Safety Action Fund, it is stated, “Every single day, 100 Americans are shot and killed, and hundreds more are wounded by gun violence.”

But Second Amendment advocates can argue “gun violence” didn’t kill or wound anybody. All of those violent acts were committed by individuals, and all of those suicides were likewise the drastic decisions of troubled people. And, they will challenge, when more people are murdered with knives or blunt instruments than rifles or shotguns, what is that called, “knife violence” or “baseball bat violence?” Why is it only guns that seem to be blamed for murders, when the killers who use other weapons are personally condemned?

Another beg from Everytown’s action fund over the name of Rob Wilcox asserts the National Rifle Association will be raising millions of dollars to influence the 2020 elections, so the gun prohibition lobby has to raise more millions to have an opposing influence.

The only difference here is that the more gun-rights-friendly GOP didn’t spend an entire year trying to impeach Donald Trump on what amounts to somewhat questionable accusations so tenuous that anti-gun House Speaker Nancy Pelosi has declined to send them over to the U.S. Senate,

If 2020 promises anything, it’s more drama on Capitol Hill. In the state legislatures, a potential political showdown between Democrats and gun owners in Virginia, and a volatile national election cycle in which conservatives finally decide that being polite to liberals is a no-win gesture, and the gloves really come off.