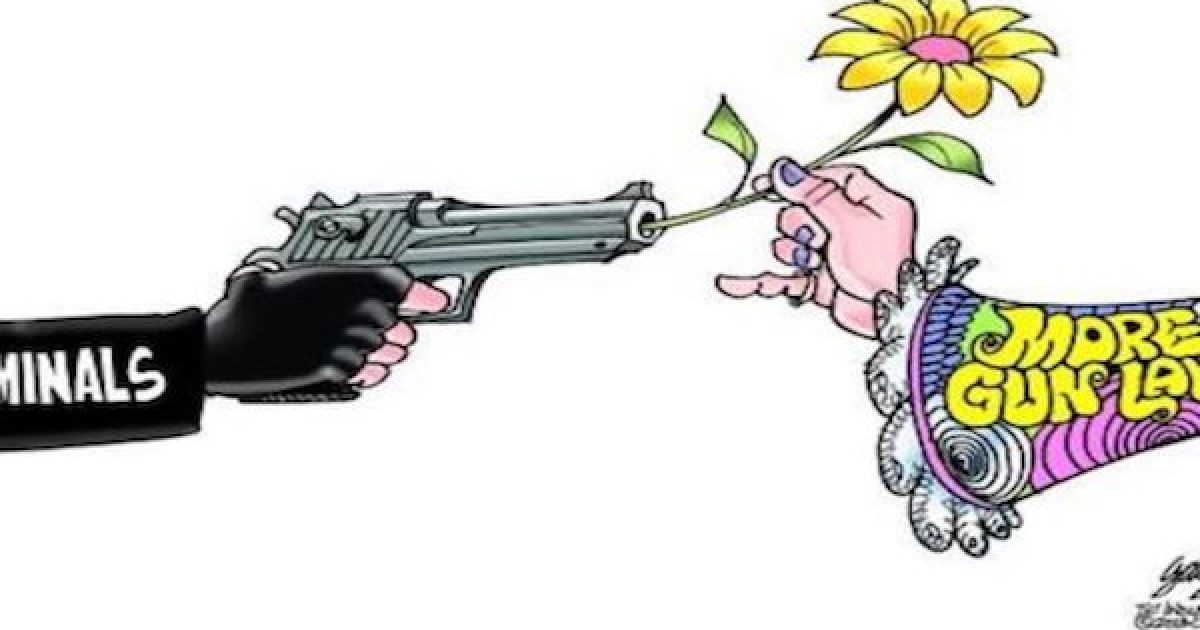 It’s a great honor and privilege for me to write about the 2nd Amendment, the Constitution and America in general and have so many dedicated readers and followers who enjoy my point of view, the stories I bring them and the truths I reveal. Sometimes though, the truth that is revealed doesn’t come from me but from one of my readers.

In this case, the following five facts graphic was emailed to me by George Wauchope. Now, without further ado, let’s take a look at the 5 facts that Gun Control Advocates Hate. Underneath the graphic is my dissection of each fact, where I go into further detail and explain why the gun controllers hate them so much

Gun free zones attract mass shooters like a flame attract moths.  The only difference is that while a flame will kill a moth, Gun free zones have ensured that the criminal has no fear of reprisals and can go on killing and hurting people to their twisted heart’s content.  92% of mass shootings happen where guns aren’t supposed to be allowed.  Gun free zones are a myth, a fairy tale to put the juvenile minds of hoplophobes at ease.  In truth, gun free zones are breeding grounds for tragedy made even worse as later fact #4 will get into.

Pretty much every since the Republicans took control in Congress in 1994 with their Contract with America pledge, the decades upon decades of gun hating and the controlling of the populace began to erode away.  As gun ownership and the rise of concealed carry states grew the less gun violence there was.  By a degree of 50%.  Why is that?  Because criminals by nature are cowards by and large.  And while it’s easy for a coward to rob and mug people he/she KNOWS are unarmed and unable to defend themselves it’s a little more precarious for a criminal to approach someone to rob that very may well be packing a hand cannon and is more than willing to arrange the appointment time between said scumbag criminal and Satan.  So it’s no wonder that gun violence has plummeted.  And if there were fewer bastions of gun control lunacy out there the rate would decrease even greater.

Gun controllers and progressives LOVE their buzzwords.  They create terms in order to frighten the ignorant and herding the sheeple into their way of thinking without those people actually looking into the matter themselves.  A great example is the term “Assault Weapon/Rifle.”  By that very nomenclature, one would expect this rifle to jump up and kill you just for looking at it wrong.  But call it by its more accurate “Sporting Rifle” moniker and the fear and doomsaying from the anti-gunners dissipates.  The same for the “gun show loophole.”  There IS NO gun show loophole.  The gun control advocates want to scare the general populace by spreading this lie but if you go to a gun show and want to buy a pistol from a dealer you HAVE to get a background check.  In Pennsylvania I don’t need a background check to buy a shotgun from anyone; be it my buddy looking to offload one of his to Dick’s Sports who are having a black Friday sale.  But if I go to a Gun Show and by the same shotgun, Gun Controllers lose their shit and scream “LOOPHOLE!!!!”   Any law that I have to follow away from the gun show I have to follow while at the gun show.

This fact goes uncovered by the mainstream media because it guts their narrative and leaves it bleeding in its own pool of defecation and entrails.  2.5 MILLION times a year some law-abiding citizen uses a firearm to stop a crime.  Because being beaten or murdered or raped by a criminal happens to be a crime, so stopping that is a win for the good guys.  Gun Control advocates think it is morally superior to allow yourself to be murdered, beaten or raped than to use a firearm to defend yourself.  So they bury these stories and we hear inflated numbers about the 33,000 people killed by firearms every year.  Of course when you break down that number and realize that about half of those instances are suicides, and another chunk is criminal on criminal crime the number evaporates.  Gun control advocates don’t want to talk about that.  They also don’t want to talk about Gun Free Zones are where the gun violence is being perpetrated because criminals know that they won’t be in that 2.5 million number because law abiding citizens won’t be armed.  Hence tragedy is created by gun control advocates…they made the perfect environment for criminals to thrive.

You’ve no doubt heard it before but it bears repeating.  In order to subjugate or exterminate a people, you must first disarm them.  Recent history is full of madmen, despots, and evil who did just that.  I’ll even lay out the numbers for you:

See, these are the hard numbers that Gun Control Advocates never want to talk about.  They try to dance around it but even to the uninitiated of the general population their sidestepping has become tedious and evident.

Regarding Fact 5, gun control advocates love to say that such things could never happen in America.  In truth, they are right.  It can’t happen in America because we have 80+ million gun owners ready to stop the government from doing it.  If the gun control advocates had their way, much like their beloved gun-free zone, they would pave the way from tyranny and genocide.