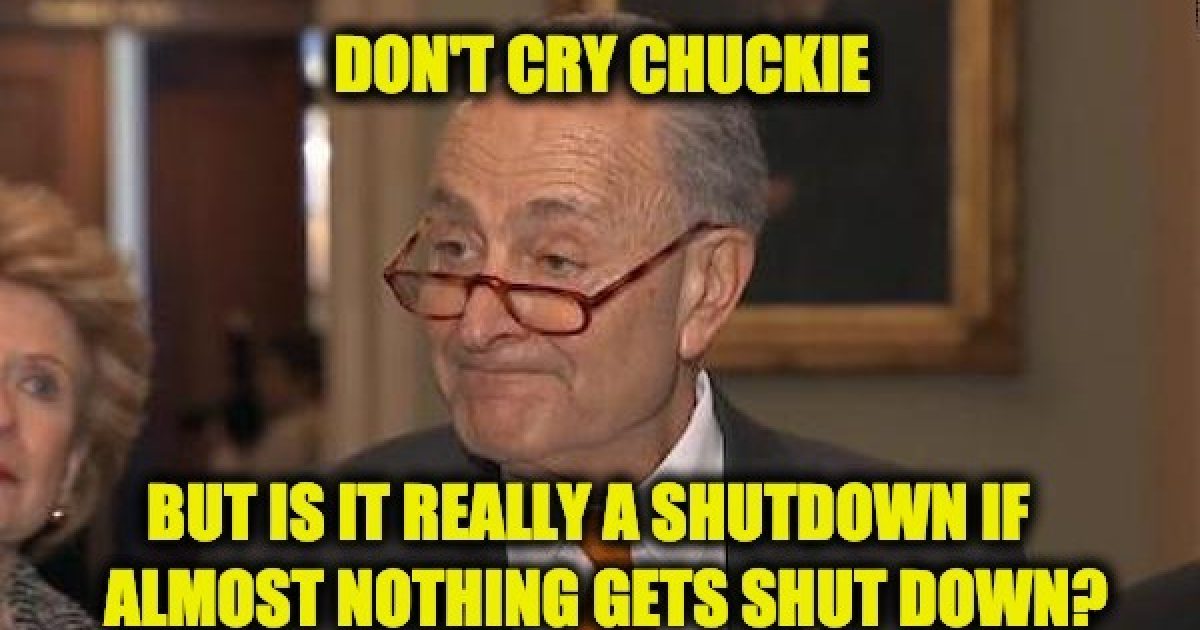 This week, Rep. Thomas Massie (R-KY) slammed the media and warned his constituents not to be all caught up in the lies from the fake news media on all this “government shutdown” business.

“If Congress doesn’t pass an Omnibus by Dec. 21st, we won’t have a government #shutdown,” Massie noted. “It’d be hard to even characterize it as a government slowdown! I made this graphic to show what shuts down (less than 10%) and what keeps going (over 90%!). The media isn’t telling you this!”

If Congress doesn’t pass an Omnibus by Dec. 21st, we won’t have a government #shutdown. It’d be hard to even characterize it as a government slowdown! I made this graphic to show what shuts down (less than 10%) and what keeps going (over 90%!). The media isn’t telling you this! pic.twitter.com/LlB8KeoD74

Vital functions of the U.S. government including Social Security, Medicare, Medicaid, food stamps, and the military are funded and will remain operational if the government “shuts down.”

In other words, a “government shutdown” really won’t shut down much of anything. Unless of course, President Trump wants to be a jerk like President Obama. In 2013, Obama made sure that the American people will hurt during the shutdown. 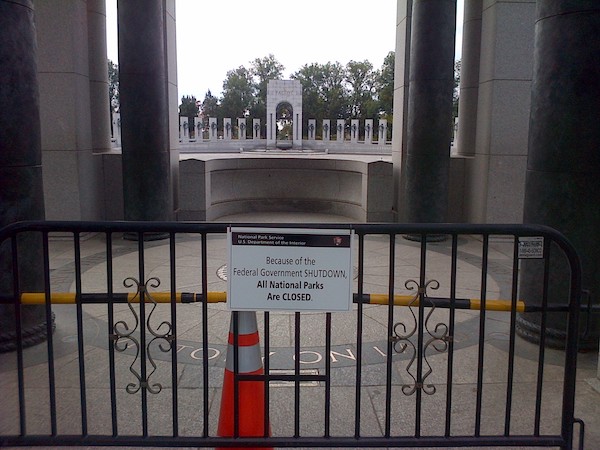 The Park Service appears to be closing streets on mere whim and caprice. The rangers even closed the parking lot at Mount Vernon, where the plantation home of George Washington is a favorite tourist destination. That was after they barred the new World War II Memorial on the Mall to veterans of World War II. But the government does not own Mount Vernon; it is privately owned by the Mount Vernon Ladies’ Association. The ladies bought it years ago to preserve it as a national memorial. The feds closed access to the parking lots this week, even though the lots are jointly owned with the Mount Vernon ladies. The rangers are from the government, and they’re only here to help. “It’s a cheap way to deal with the situation,” an angry Park Service ranger in Washington says of the harassment. “We’ve been told to make life as difficult for people as we can. It’s disgusting.”

President Trump didn’t duplicate Obama’s childish move during the “Schumer shutdown” earlier this year, so I believe it’s safe to assume he won’t do it this time.

So, what is Trump threatening?

President Trump has threatened to veto a spending bill from Congress that doesn’t appropriate $5 billion towards the construction of a border wall. Democrats have balked at this request and House Democratic Minority Leader Nancy Pelosi, D-Calif., has indicated she would rather keep the “government closed forever” than give in to Trump’s wall request.

The truth is, there really is no such thing as a government shutdown this time.

Over seventy-five percent of the budget has already been passed, and the rest of the so-called vital stuff will get funded no matter what.

Therefore. in the end, President Trump is taking an intelligent risk, possibly shutting down 8% of the government in a fight to make the country safer. After all, the safety of its citizens is the most important role of any government.

Parts of this post was first seen at Godfather Politics.

The Schaftlein Report | Unseal the Affidavit
Flag And Cross

Billions Would Die in Even ‘Limited’ Nuclear War
Flag And Cross