CNN Contributor Suggests Govt. Should Make It HARD To Be Unvaccinated

So Much For "My Body My Choice" 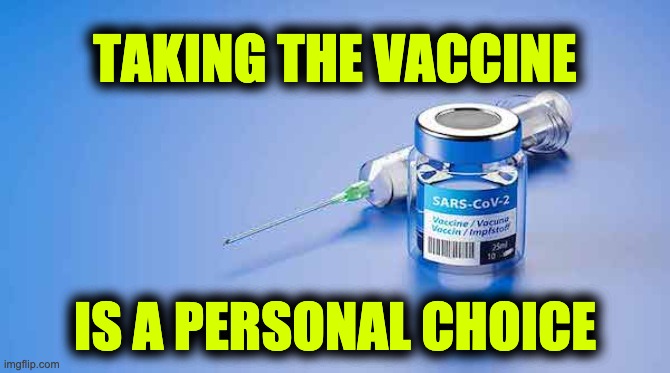 We are fast approaching the point of the pandemic in which everyone who wanted to be vaccinated against COVID-19 has achieved that goal.  For the government, this should be the point where they pat themselves on the back for making those shots available as quickly as they did, and then move on.  After all, we have bodily sovereignty here in the United States, and the feds shouldn’t be sticking their nose too far into our business on that front. government force vaccinations

But no.  Instead of respecting the decisions that so many Americans have made, it appears as though governmental forces and corporate entities are pushing the idea of treating unvaccinated Americans like second-class citizens, segregating them within crowds and requiring them to maintain stricter safety standards than the rest of us.  CNN Government force vaccinations

Now, one CNN contributor has said the quiet part out loud, stating that life should be “hard” for those who choose to remain unvaccinated.

CNN medical contributor Dr. Leana Wen suggested Saturday that life needs to be “hard” for Americans who have not received a COVID-19 vaccine and individuals who refuse to get shots should perhaps face weekly testings.

“It needs to be hard for people to remain unvaccinated,” Wen, the former Planned Parenthood president, said. “Right now, it’s kind of the opposite.”

Unvaccinated people, she fretted, can at the moment go about their lives as normal without any consequence.

“But at some point these mandates, by workplaces, by schools, I think it will be important to say, ‘Hey, you can opt out, but if you want to opt out, you have to sign these forms, you have to get twice weekly testing,’” Wen said. “Basically, we need to make getting vaccinated the easy choice.”

Speaking soon with @AnaCabrera @CNNnewsroom: To increase #covid19 vaccinations, we need to make being vaccinated the easy choice and being unvaccinated the hard one.

There should be vaccine requirements at more workplaces (those opting out need, say, twice-weekly testing).

She ran Planned Parenthood? Don’t they fight for a woman’s right to kill a fetus because of “my body my choice?” Why can’t someone who doesn’t want a vaccine say the same thing?

Her sentiment isn’t likely to go over well with people who believe in the Constitution and especially the roughly 30% of Americans who’ve decided against receiving a COVID-19 inoculation.

Along with my wife and kids, I have had two doses of the Pfizer Vaccine. I’m very happy with that decision. No one had major side effects just soreness, But it was OUR decision.  No one in the government: national, state, or local, has the right to force any American to take a vaccine they are uncomfortable taking.

The leftist CNN doesn’t believe in our rights endowed by our creator—not government.