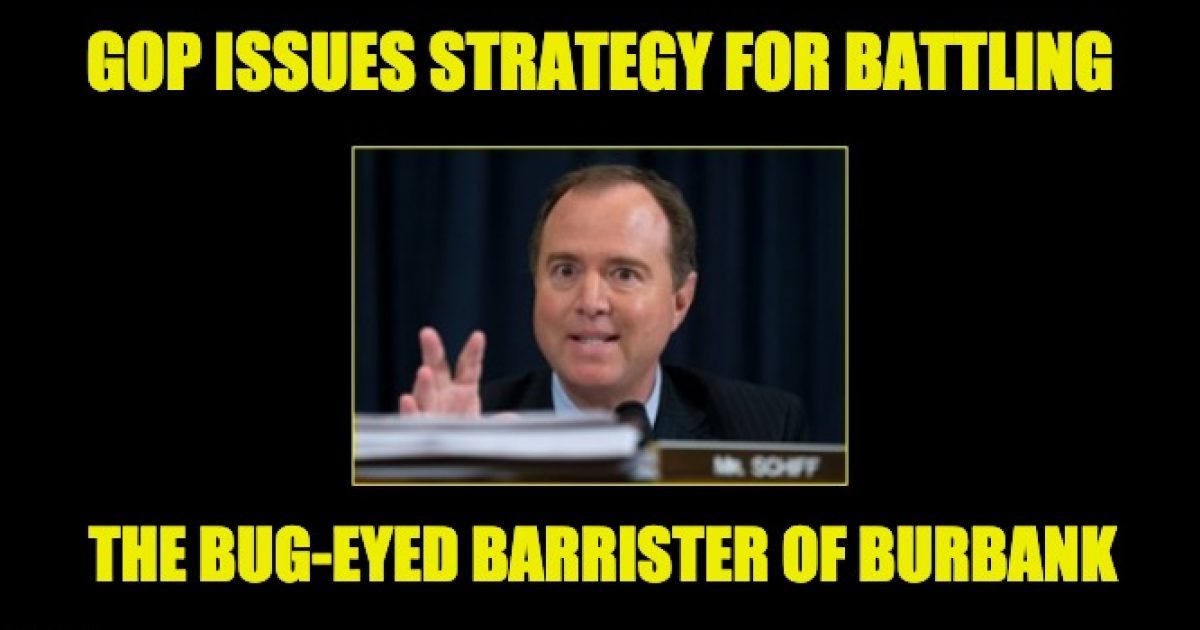 Senior Republicans serving on panels involved in the Adam Schiff-led impeachment inquiry into President Trump issued a strategy memo to GOP members on those committees. The 18-page memo (embedded below) outlined “key points of evidence” from the double-secret hearings from the “capitol basement bunker,” that Schiff used as a propaganda tool by selective leaking.

“The fact-finding is all unclassified, so the closed-door process is purely for information control,” the memo said. “This arrangement has allowed Chairman Schiff — who has already publicly fabricated evidence and misled Americans about his interactions with the anonymous whistleblower — to selectively leak cherry-picked information to help paint misleading public narratives while, at the same time, placing a gag order on Republican Members.”

This memo gives a united strategy ahead of public hearings planned to start on Wednesday.

● The July 25 call summary — the best evidence of the conversation — shows no conditionality or evidence of pressure;

● President Zelensky and President Trump have both said there was no pressure on the call;

● The Ukrainian government was not aware of a hold on U.S. security assistance at the time of the July 25 call; and

Using the “double-secret” testimony and news reports the memo outlines:

Reading the memo below one wonders why the Democrats are even bothering with this witch hunt.  The answer is easy–they want to disenfranchise all the Americans who voted for Trump in 2016—and it will not stand.

2019 11 12.Memo.to.Members.re.Impeachment.inquiry by Jeffrey Dunetz on Scribd