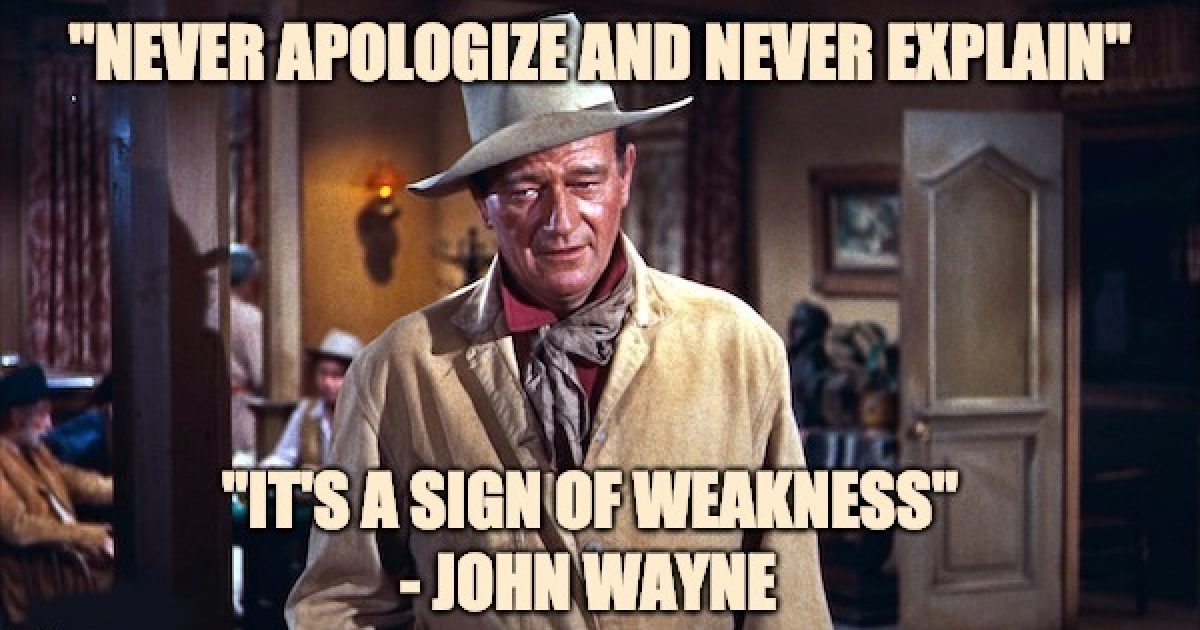 Carry the battle to them. Don’t let them bring it to you. Put them on the defensive and don’t ever apologize for anything-President Harry S. Truman.

Don Lemon interviewed Gladys Knight before singing the “Star Spangled Banner” at the Super Bowl. He wanted to know if she was making a bad career choice. Lemon was arguing that her career would suffer if she didn’t make some gesture in support of the kneelers and Colin Kaepernick.

People are gonna have their opinions about whatever, and all I can deal with right now is what my heart says, okay? I grew up with the national anthem. We used to sing it in school before school started. We used to say prayers in school before school started, and we just don’t have that anymore. And I’m just hoping that it will be about our country and how we treat each other and being the great country that we are.

Kaepernick’s lawyer, Mark Geragos, said that performers who sing the National Anthem are “crossing an intellectual picket line.” Wrong! They are expressing their right to live and work without having to bow to some manufactured social justice agenda.

I’m sure there were a lot of people who would have jumped at the chance to perform at the Super Bowl, but they were cowed into submission by threats of a career-ending act. They saw the handwriting on the wall: “You’ll never work in this town again.”

We need more people like Gladys Knight. It’s long past time that people stop apologizing because of people like Don Lemon and the worldview he represents.

Have you seen what the lawyers for the students who were vilified in the media for minding their own business are doing?

Lawyers for the Covington Catholic High School student who was demonized by the media are making preparations to potentially sue celebrities, media entities, politicians, and others for libel and defamation. Lawyers sent out more than 50 letters instructing potential defendants not to destroy evidence.

Nick Sandmann, the 16-year-old seen in the viral video standing in front of a Native American man playing a drum was trashed by prominent figures like actor Jim Carey, actress Alyssa Milano, Senator Elizabeth Warren; media organizations like the New York Times and the Washington Post; and many others in a mob-like fashion.

Below is the video evidence the lawyers produced to make their case. The only thing liberals fear is people who fight back. The GOP could learn something from this, but they won’t

Parents often make the mistake of forcing their children to apologize for something their child never did in order to keep the peace. It never works. If you go through life apologizing to people who have no right to an apology, then you are a slave to other people and their opinions.

Republicans will apologize at the drop of hat and cower in fear from Twitter abuse and media scorn.

“This evening, Chairman Issa telephoned me and apologized for his conduct, and I accepted his apology,” Cummings said in a statement late Thursday night. Cummings, D-Md., is the top Democrat on the committee.

“My sincere hope is that as we move forward, we will respect the opinions of all members of the committee, we will proceed in a deliberate and considered manner to obtain the facts, we will refrain from making accusations that have no basis in fact, and we will seek resolution rather than unnecessary conflict.”

Why did Rep. Issa apologize when he didn’t do anything wrong? What do you think will happen when Rep. Cummings or someone like him pulls the same stunt at a future hearing on something that has grave implications for Democrats? The Republicans will bend the rules to accommodate the infraction and the Democrats will get the last word.

Rep. Cummings knew exactly what he was doing. The Democrats had this planned from the start knowing that a black man would get the most attention by the media and the criminal actions of the IRS and former IRS official Lois Lerner’s part in them would become a non-issue. This is exactly what happened as USA Today demonstrated:

“The microphone incident overshadowed the GOP’s attempt to investigate the IRS’s scrutiny of Tea Party groups by recalling former IRS official Lois Lerner to testify at the committee. Lerner once again invoked her Fifth Amendment rights not to incriminate herself and declined to answer 10 questions Issa posed to her about her role in holding up applications for tax exempt status by political groups.”

Here’s the key phrase: “The microphone incident overshadowed the GOP’s attempt to investigate. . .” Cummings’ last-second attempt to make a statement disguised as a question and Issa’s legitimate action to close the hearing was designed to take attention away from the criminal actions of the IRS and the part Lois Lehner played in specifically targeting Tea Party groups.

Mission accomplished. All we heard from the media for days was about Issa and Cummings.

The whole thing was staged, and Rep. Issa didn’t do anything wrong. He had nothing to apologize for.

Would Issa be vilified in the media if he did not apologize? Most certainly. So what else is new? But I bet you the Democrats would think twice about doing the same thing again. But now they know how easy it is to get the Republicans off track. Send a black man or a woman out to derail a hearing and let the media run with it.

Soon after the vilification took place, Rep. Issa should have stood up before a camera and said something like the following:

This hearing was about Lois Lehner and the part she played in the actions of the IRS and her part in targeting Tea Party organizations prior to the last election. She was asked 10 questions to which she invoked her Fifth Amendment right, a right she is entitled to, except for the fact that she waived that right in her first testimony before during a congressional hearing in June of 2013 by stating the following: ‘I have not done anything wrong. I have not broken any laws. I have not violated any IRS rules or regulations, and I have not provided false information to this or any other congressional committee.’ Rep. Trey Gowdy of South Carolina pointed out that ‘With the advice of counsel sitting right behind her, she testified to nine different factual assertions. The case law is clear. That is not the way the Fifth Amendment works.’

“We could have cited her for contempt back then, but gave her another chance to testify. She once again tried to invoke her Fifth Amendment rights to which she had already relinquished.

“Rep. Cummings had ample time to make a statement in the time allotted before the question period. He failed to do so. He attempted to disguise his statement by calling for a question.

“If an apology is warranted, it should come from Rep. Cummings for violating the committee rules that apply to both parties. It seems that the Democrats, following the leads of President Obama and Attorney General Holder, believe they are above the law. They aren’t, and neither is Rep. Cummings.

If you want to know why there is so much hatred toward Pres. Trump? It’s because he doesn’t apologize. He’s not a typical Republican. Consider that even with all the negative press and the constant barrage of attacks, his approval rating is at 48 percent. It’s because he fights back.