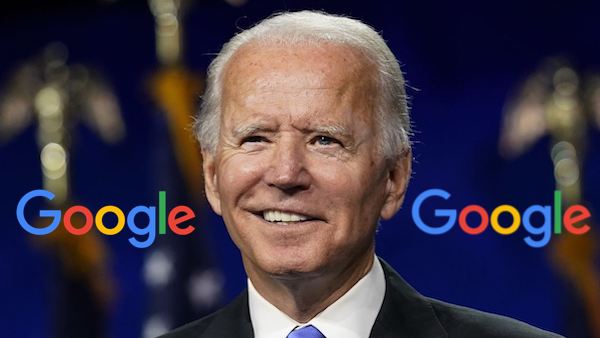 “You’re like playing selective God,” he told the Veritas journalist.

“If it was fraud, it doesn’t matter, but for Trump, Melania Trump, it matters, and on the other side, Trump says something, misinformation, you’re gonna delete that because it’s illegal under whatever pretext,” he explained. “If a Democratic leader says that, then you’re gonna leave it like that, so I’m like, okay, you’re not following one way or the other. You are just plain and simple, trying to play God.”

Ritesh Lakhkar: “The power’s in the search, yeah.”

Journalist: “The power to control reality. How do you feel about that? How does that make you feel?”

James O’Keefe, the founder and CEO of Project Veritas, said, “Ritesh Lakhkar told our journalist the truth about Google, the company he has worked at for years. With the presidential election just days away, he is calling out Big Tech.”

Journalist: “You go to search and you type in ‘Donald Trump,’ and it’s like all negative—”

Journalist: “–and when you type in ‘Joe Biden,’ it’s all positive.”

Patrick Markan, lead mechanical engineer at Fitbit: “It’s skewed by the owners or the drivers of the algorithm, right?”

Lakhkar: “It’s skewed by the owners and the drivers of the algorithm. Like so, if I say “Hey Google, here’s $2 billion, feed this data set of whenever ‘Joe Biden’ is searched, you’ll get these results.”

In addition to “playing God” with users on Google, he said the company does the same thing with YouTube.  And he doesn’t like it.  He also had a post-election warning.

“If Trump wins, there will be riots…if the left wins, they will be ecstatic,” Lakhkar said. “I disagree with the corporations playing God and taking away freedom of speech on both sides, basically.

“When Trump won the first time, people were crying in the corridors of Google,” he said. “There were like group therapy sessions for employees organized by HR.”