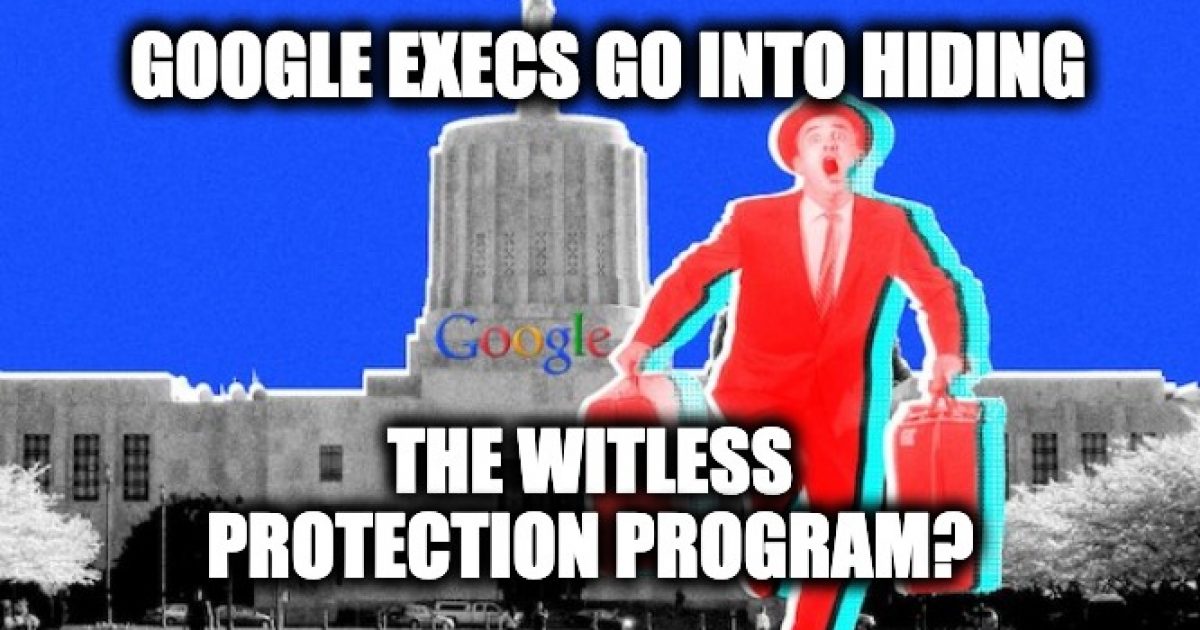 All of a sudden, a group of Google executives deleted their social media presence after a new expose revealed their plans to use their Internet search engine to destroy President Donald Trump’s 2020 election campaign.

The sudden disappearance of the Google executive’s social media accounts came on the heels of the latest undercover exposé by Project Veritas that reveals that Google is programming its machine learning algorithms (or AI) to prevent the “next Trump situation.”

The Project Veritas video reveals that instead of merely doing its job as the world’s leading Internet search and archiving tool, Google is using its power over what Americans see on the Internet as a partisan political weapon to force extreme, un-American leftism on all of us.

BREAKING: YOUTUBE/GOOGLE HAS REMOVED OUR GOOGLE INVESTIGATION as it was approaching 50K likes and a million views. IMPORTANT: Please download it on @bitchute and repost it. https://t.co/chDsGF0QCk

Google, which owns YouTube, decided that truth is not an option and pulled the Veritas Video off of YouTube; therefore, Veritas reposted it elsewhere.

On the Project Veritas Hidden Cam (see below) we learn:

After the video was released, Congressman Louie Gohmert rang the alarm bells saying that it is about time Congress acted to put an end to this interference in our elections.

Rep. Gohmert (R-TX) responded to the undercover sting and said Google needs to be stripped of its section 230 immunity and to be “properly pursued by class action lawsuits by those they have knowingly harmed.”

Section 230 says that “No provider or user of an interactive computer service shall be treated as the publisher or speaker of any information provided by another information content provider.” 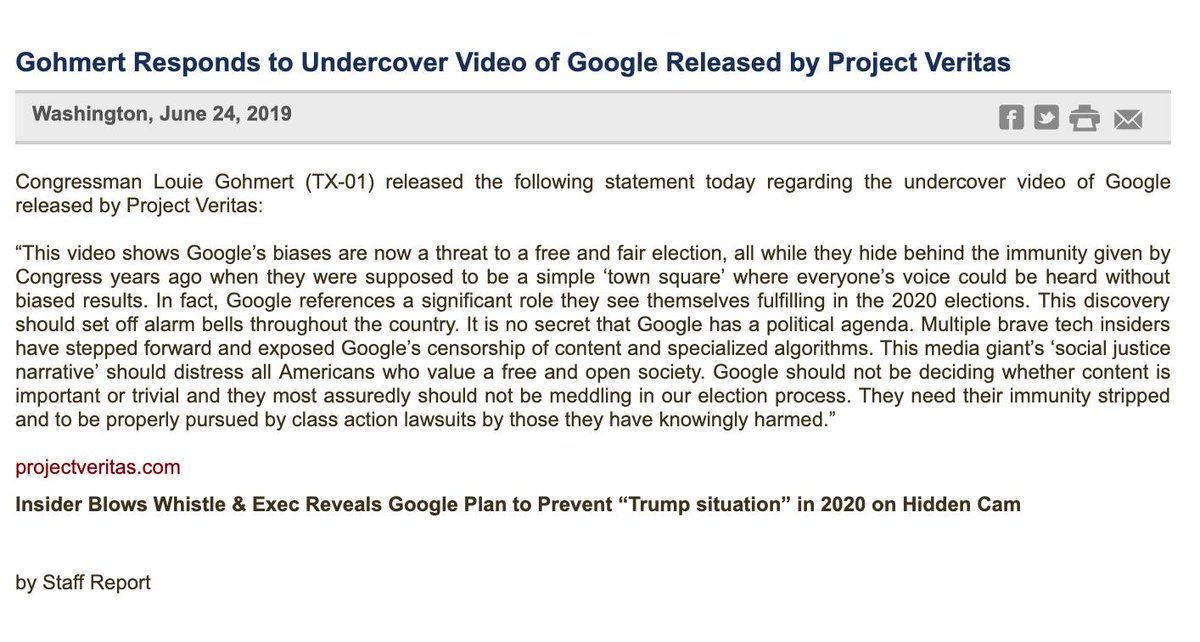 Isn’t it odd,  here video evidence of company claiming that it intends to interfere with the 2020 election and Adam Shiff is silent? Perhaps he only likes fake collusion stories.

Watch the Veritas video below: