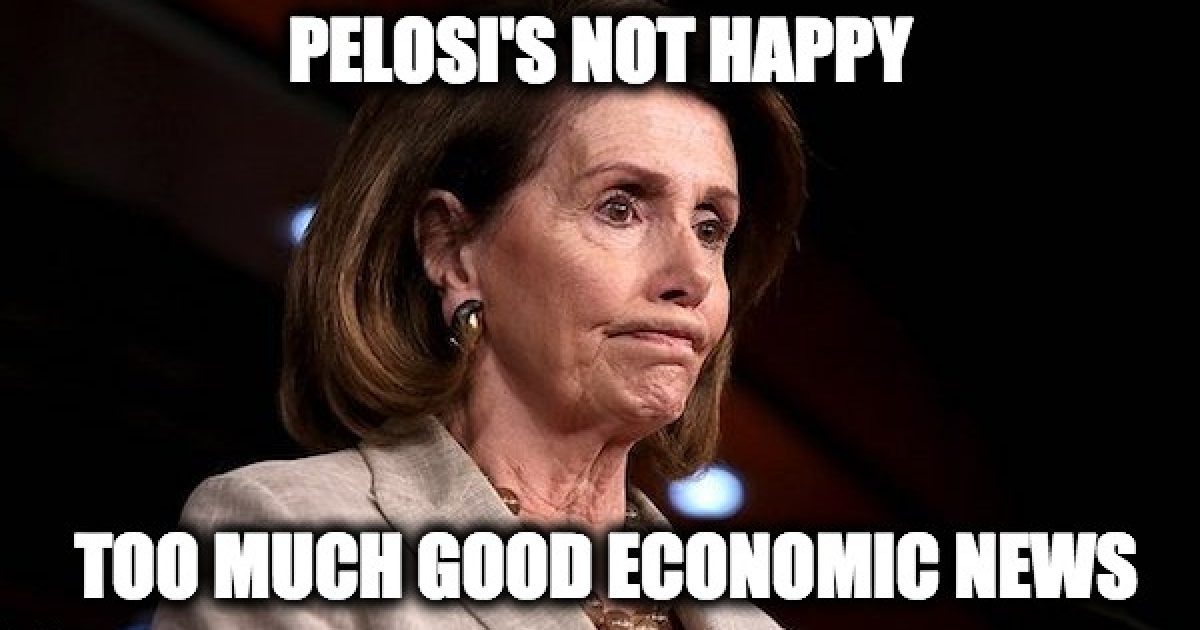 As Bubba Clinton’s campaign advisor James Carville the “Ragin Cajun”  emphasized during the 1992 campaign, “it’s the economy stupid.” Today the already successful Trump economy got even better, the 2017 median household income was near its highest ever (median=middle=middle class), the poverty rate dropped slightly in 2017,  filing for unemployment this week fell to its lowest level in forty-nine years,  and inflation rose less than expected.  OH BOY Nancy Pelosi is gonna be pissed off.

The U.S. Census Bureau announced today that real median household income increased by 1.8 percent between 2016 and 2017, while the official poverty rate decreased 0.4 percentage points. At the same time, the number of people without health insurance coverage and the uninsured rate were not statistically different from 2016.

[Source: U.S. Census Bureau]
The Supplemental Poverty Measure above takes into account many of the government programs designed to assist low-income families and individuals that are not included in the current official poverty measure.

A big reason for the income gain is that more part-time workers got full-time jobs in an improving labor market, says Trudi Renwick, assistant division chief for income statistics at the bureau.

The Bureau explained that this was because the question that the Census Bureau asked people about their income was changed in 2014 and because of the margin of error in the data.

Household income up and poverty rate down that’s one heck of an economic day, but as they say at the Home Shopping Network… there’s more!  The number of Americans filing for unemployment benefits unexpectedly fell last week, hitting its lowest level in nearly 49 years and pointing to healthy labor market conditions.

And there’s even more:

U.S. consumer prices rose less than expected in August as increases in gasoline and rents were offset by declines in healthcare and apparel costs, and underlying inflation pressures also appeared to be slowing. The Labor Department said on Thursday its Consumer Price Index increased 0.2 percent last month after a similar gain in July. In the 12 months through August, the CPI increased 2.7 percent, slowing from July’s 2.9 percent rise.

Now if Republicans can concentrate on the Trump economy for the next six weeks, perhaps they can keep the house.