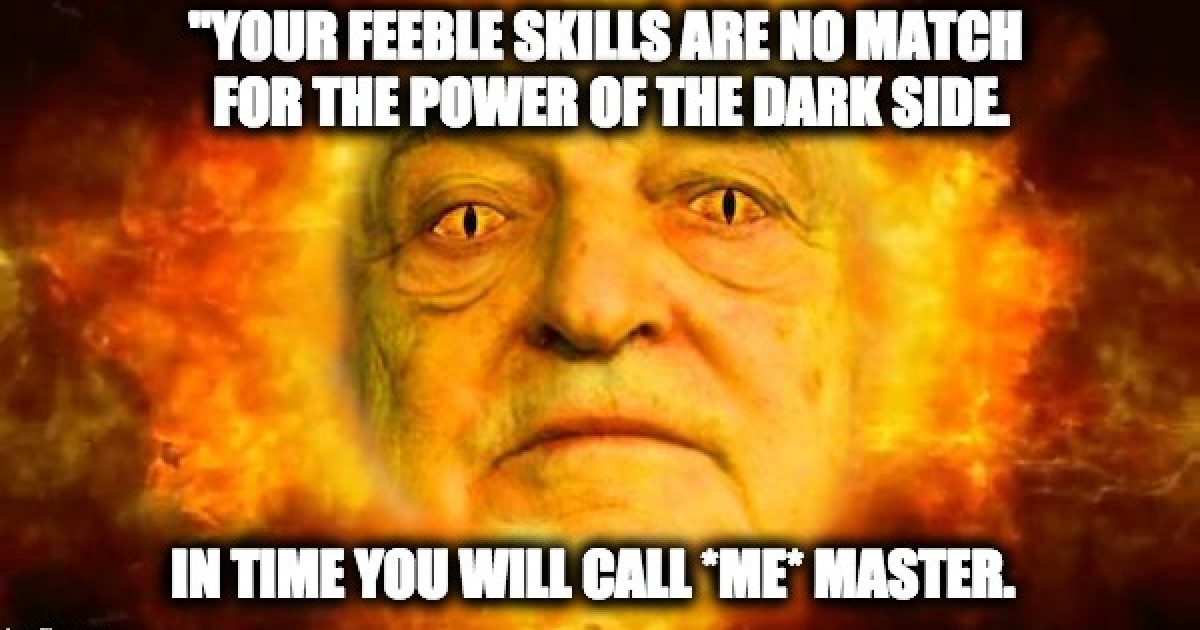 Let us be clear; We are not Ukrainian “trolls.”  Onan’s family is from Cuba. And while all four of Jeff’s grandparents were born in Russia (they left over a half-century before Putin was born). Jeff is a proud American who has no attachment to the country his grandparents got out because the Tzar’s Cossacks had a nasty habit of leading riots against Jews (kind of like Al Sharpton but more often).

For example, in a recent interview with Austria’s ORF TV, Putin made a solid argument while speaking about the similarly evil George Soros.

“He (George Soros) interferes all over the world, there are rumors that George Soros is planning to make the Euro highly volatile.”

In an interview with Austria’s ORF television released Monday, he [Putin] drew a parallel to financier George Soros, who’s long been accused in the former Communist world of subverting governments at Washington’s behest.

“He intervenes in things all over the world,” Putin said, adding that Soros has lately been accused of trying to break up the euro zone. “But the State Department will tell you that it has nothing to do with that, that this is the personal business of Mr. Soros.”

Well for us, this is the personal business of Mr. Prigozhin,” Putin said, referring to Yevgeny Prigozhin, a wealthy businessman who’s been accused by the U.S. of funding Internet trolling and other election interference. “There’s your answer. Does that response satisfy you?” Putin, smiling, asked. Without responding, the Austrian interviewer moved on to another topic. Soros has long denied allegations of political meddling.

While there is no proof he has done it a the behest of the United States, Soros is famous for manipulating currencies to enrich himself and to subvert governments  In 1999, liberal economist Paul Krugman was critical of Soros’s effect on financial markets.

[N]obody who has read a business magazine in the last few years can be unaware that these days there really are investors who not only move money in anticipation of a currency crisis, but actually do their best to trigger that crisis for fun and profit. These new actors on the scene do not yet have a standard name; my proposed term is ‘Soroi’. (The Accidental Theorist: And Other Dispatches From The Dismal Science. New York: W.W. Norton & Company. p. 160.)

The Democratic Party’s Progressive Puppet Master is often referred to as the “man who broke the bank of England” in the 1992 Sterling crisis. During that crisis, he made $1 billion in one day at the expense of British taxpayers and drove Britain into a recession as large numbers of businesses failed, and the housing market crashed.

Given that Mr. Soros is no fool, the British believe it is highly doubtful he would have made such a huge bet without knowing with high certainty that the Germans would not reduce their interest rates. Soros has a history of trading on confidential information obtained from political sources. For instance, he was convicted by a French court of having insider knowledge about a takeover attempt of a major French bank. His conviction was upheld in 2006, and he had to pay a multimillion-dollar fine.

A secretive group of Wall Street hedge fund bosses are said to be behind a plot to cash in on the decline of the euro.

Representatives of George Soros’s investment business were among an all-star line up of Wall Street investors at an ‘ideas dinner’ at a private townhouse in Manhattan, according to reports.

A spokesman for Soros Fund Management said the legendary investor did not attend the dinner on February 8, but did not deny that his firm was represented.

At the dinner, the speculators are said to have argued that the euro is likely to plunge in value to parity with the dollar.

The single currency has been under enormous pressure because of Greece’s debt crisis, plus financial worries in Portugal, Italy, Spain and Ireland.

But, it has also struggled because hedge funds have been placing huge bets on the currency’s decline, which could make the speculators hundreds of millions of pounds.

The euro traded at $1.51 in December, but has since fallen to $1.34. Details of the secretive dinner emerged days after Mr Soros, chairman of Soros Fund Management, warned in a newspaper article that the euro could ‘fall apart’ even if the European Union can agree a deal to shore up support for stricken Greece

Soros is also the sugar daddy behind the ultra-liberal Center for American Progress and Tides Foundation, the Israel hating, anti-Semitic J-Street, as well as many other left-wing extremist groups.

In other words, Putin has a point.

How can we be haughty while accusing the Russians of meddling in our affairs, when one of our citizens (Soros), is openly meddling in the political affairs this and other nations?

Soros has practically been banned from Hungary and is persona-non-grata in much of Eastern Europe because he’s used his money to corrupt the political processes in more than a handful of foreign nations. As the 2018 election period in Hungry started,  the government used vast amounts of large public posters with the photo of Soros, along with continuous support from government-owned countrywide media to create fear and anger in the general public towards Soros, using statements as “Soros wants millions of migrants to live in Hungary”, and “Soros wants to dismantle the border fence”.

In 2017 the right-wing government of Macedonia declared war on Soros as the financier and his minions in USAID (money allocated under Obama)   financed a left-wing agenda to divide the nation and bring a socialist-Muslim coalition to power. Early March of that year saw tens of thousands of Macedonians holding peaceful rallies for national unity, an end to chaos-creating Soros/USAID largess, and the removal of the U.S. Ambassador. One of the most common posters is a black and white, “No Soros Government.” 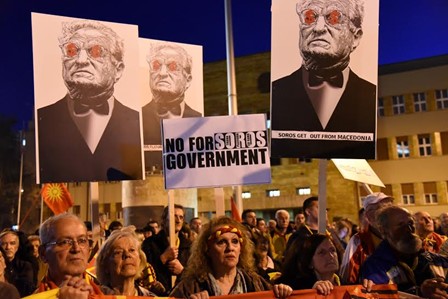 Whenever our government is pressed about Soros’ activities, we demur and argue that he is a private citizen. How can we blame Russia for doing exactly the same thing to us?

We may not like it, but to pretend to be shocked and angry about it would be pure hypocrisy. This does not suggest that we allow Putin to tinker with American elections, but we should find a legal way for preventing George Soros from tinkering with the votes of other nations.