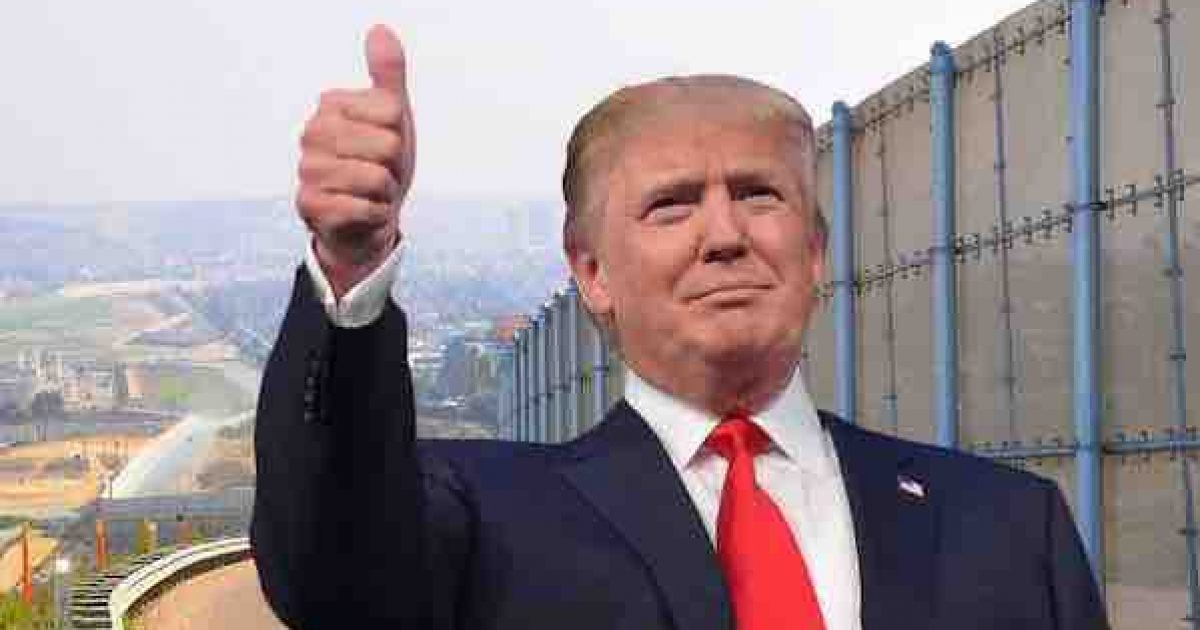 In an op-ed published at Fox News early Tuesday, New York Post columnist Michael Goodwin suggested that those who support President Trump’s effort to build a wall on the southern border fund it.  That’s actually not a bad idea, considering that Democrats have shown they have no desire to protect the country from a flood of illegals. Answering the call was triple amputee veteran Brian Kolfage, who decided to set up a GoFundMe page and a petition for that specific reason.

The GoFundMe page, which can be seen here, states

Like a majority of Americans, we elected President Donald J Trump to Make America Great Again. President Trump’s main campaign promise was to BUILD THE WALL. And as he’s followed through on just about every promise so far, this wall project needs to be completed still.

As a veteran who has given so much, 3 limbs, I feel deeply invested to this nation to ensure future generations have everything we have today. Too many Americans have been murdered by illegal aliens and too many illegals are taking advantage of the United States taxpayers with no means of ever contributing to our society.

I have grandparents who immigrated to America legally, they did it the correct way and it’s time we uphold our laws and get this wall BUILT! It’s up to Americans to help out and pitch in to get this project rolling.

“If the 63 million people who voted for Trump each pledge $80, we can build the wall.” That equates to roughly 5Billion Dollars, even if we get half, that’s half the wall. We can do this.

Democrats are going to stall this project by every means possible and play political games to ensure President Trump doesn’t get his victory. They’d rather see President Trump fail than see America succeed.  However, if we can fund a large portion of this wall, it will jumpstart things and will be less money Trump has to secure from our politicians.

This won’t be easy, but it’s our duty as citizens. This needs to be shared every single day by each of you on social media. We can do it, and we can help President Trump make America safe again!

Where the money will go? We are reaching out to the Trump Administration to secure a point of contact where all funds can be sent to. When getting this information secured we will update.

100% of your donations will go to the Trump Wall… If for ANY reason we don’t reach our goal we will refund your donation.We are working with a law firm on a legal document that the government will sign and be held to only using the funds for the border wall itself, nothing else. We will hold all funds and not release a single penny until we have all the legal aspects covered to ensure our money goes only to the wall.

LET’S GET THIS WALL BUILT!

Kolfage has also started a petition so supporters can let the administration know they want the wall built.  That petition can be seen here and says the wall can be constructed if every Trump supporter contributes $80 to the effort.

For those who missed the links above:

The GoFundMe campaign can be seen by clicking HERE.

The petition can be viewed and signed HERE.