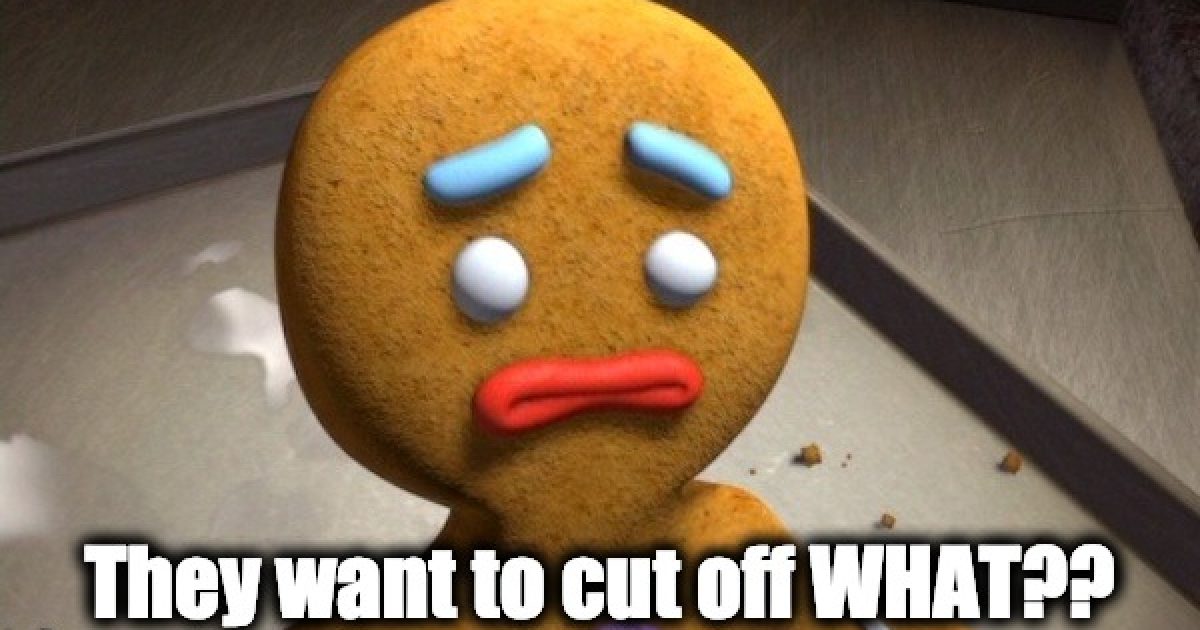 Ladies and Gentlemen, the PC Police are attacking freaking cookies! Specifically, gingerbread man cookies. You know— cookies made of gingerbread, usually in the shape of a stylized human. They are generally baked around the Christmas holiday. I must confess that although I am Jewish, I too enjoy those tasty cookies (please don’t accuse me of cultural appropriation).

Now apparently the Scottish Parliament has banned gingerbread men (on their premises) as part of a new drive to “stamp out sexism.” Stamp out sexism? Cookies? Perhaps that why some Scottish men wear skirts (kilts), to display equality of sexes (as well as their hairy legs).

It’s not all bad the cookies are still being baked, but the name gingerbread men have been replaced by gingerbread persons in case the traditional name might cause someone offense.

Gingerbread men have been banned from Scottish Parliament because they are "sexist" https://t.co/j81B70OYSn

The traditional biscuits sold at the cafe in Holyrood are now called “gingerbread persons” in a new scheme to stamp out sexism.

The £1.45 iced sweet treats, on sale ahead of Christmas, featured a tag with the hand-written title “gingerbread person”.

But the move has been slammed by Annie Wells, equalities spokesperson for the Scottish Conservatives who called it a “pointless gesture”.

She said: “Surely the Scottish Parliament has got better things to do than worry about what to call gingerbread men?

“This is an utterly pointless gesture which simply trivialises the real issues of gender equality.”

What is happening to this world when we can’t even have gingerbread men anymore? Wow, times are changing for the absolute worst!

Do these PC Idiots realize that they are talking about cookies? They are baked goods they don’t have a gender they have ingredients.. These people must stay awake at night thinking of crazy ways to be offended!

This world has gone crazy , it’s food not a Human!!! Oh wait is that sexiest because i have put huMAN!!?

Why is it no longer OK to be a man or a woman? Why does everything have to be gender neutral. I keep seeing articles about equality, diversity, celebrating individuality and accepting differences. But it doesn’t seem to apply to people who are a “typical” male or female

The world is going mad pic.twitter.com/XJSDPIePuu

What the bloody hell is wrong with people, how about focus on things that are important!!
Not weather a gingerbread man is classed as a man or a women ! Bloody ridiculous!!!! It’s a bloody biscuit !!!!!!!

Sorry Keith but it looks that way.

Now that the Scottish PC Police have gotten their way, it won’t be long before it crosses the Atlantic and the American PC police demand a name change!

Some of this post was first seen at GodFatherPolitics