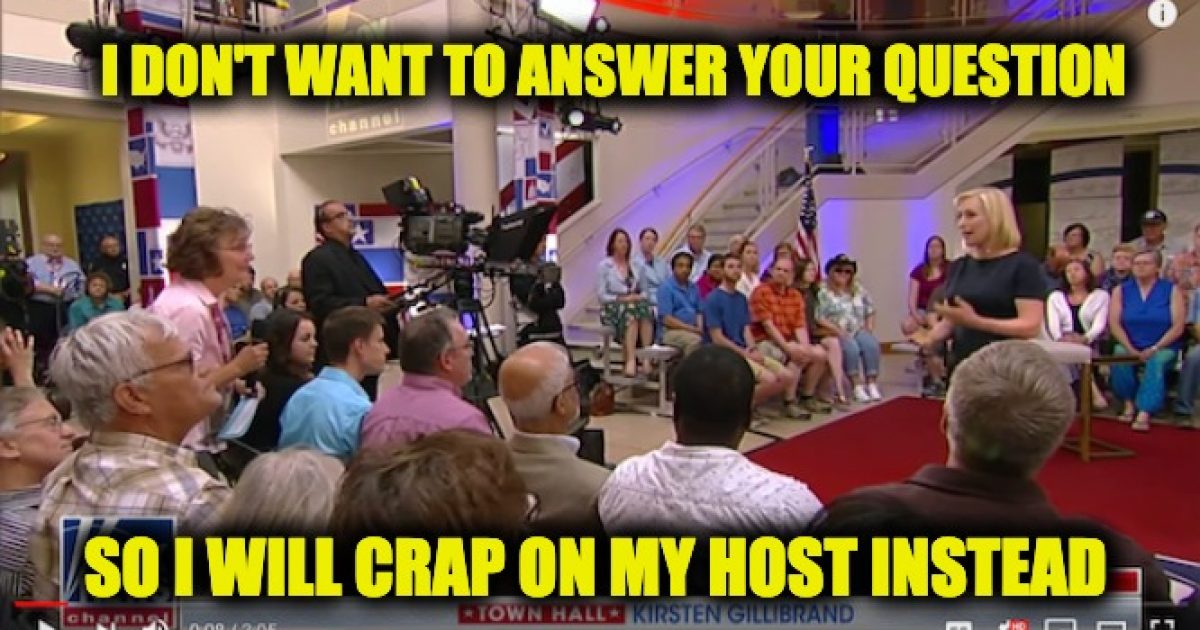 As they have done with other Democratic candidates for president, Fox News gave Kirsten Gillibrand an opportunity for free airtime and a chance to present her message to a broader audience with an hour-long town hall. When a voter asked Gillibrand an uncomfortable question, instead of answering she attacked the network that gave her the free time.

Gillibrand was asked if she favored late-term abortion–instead of answering she attacked her Fox News hosts.

What we’ve created, unfortunately, is a false choice and a false narrative. And Chris I want to talk about the role Fox News plays in this because it’s a problem. I can tell you before President Trump gave his State of the Union, Fox News talked about infanticide. Infanticide doesn’t exist.

Moderator Chris Wallice didn’t let her get away with the ad hominem attack:

Senator, I just want to say, we’ve brought you here for an hour. We are treating you very fairly. I understand that maybe to make your credentials with the Democrats who are not appearing on Fox News, you’re going to attack us. I’m not sure, it’s frankly very polite when we’ve invited you to be here. Instead of talking about Fox News, why don’t you answer?

Gillibrand answered with another attack

The debate about whether or not women should have reproductive freedom has turned into a hearing debate. What happens on Fox News is relevant because you talked about and fantasized for 6.5 hours. 6.5 hours right before President Trump’s State of the Union. They mentioned that 35 times.

She went on for another two minutes explaining that Abortion was legal, and a woman’s right, and yadda, yadda, yadda. This was obviously a prepared answer and just as obvious was the fact she didn’t want to answer the question…because despite the rant, she never gave her position on late-term/third-trimester abortions.

It probably doesn’t matter because on many issues Senator Gillibrand changes her stance more often than the wind changes direction.

Watch the video of this segment of the Town Hall below: