Will she will suffer the same suspicious fate as her late business partner. 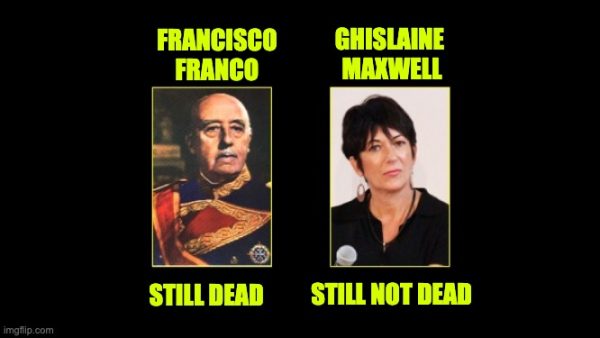 When Jeffrey Epstein died in a Manhattan correctional facility some months ago, it was both an infuriating and disheartening reality of trying to find justice in the face of unbridled wealth. His accused madam Ghislaine Maxwell was quietly transferred on Monday from New Hampshire to a Brooklyn federal prison where she’ll await trial pending a bail hearing.

Epstein stood accused, once again, of child sex trafficking after having beaten similar charges back in 2008 with the help of a bizarre and ultra-lenient sentence in Florida.  This time around, with Ms. Maxwell the American people hoped and prayed that justice would finally be served for his plethora of victims.

Epstein died under mysterious circumstances in what was ruled as suicide. A ruling that many doubt.  His victims were left with only partial closure on account of his death, and those who were following the case were enraged at the fact that authorities could not keep the world’s most notorious prisoner alive. It appears as though they won’t be making the same mistake with Epstein’s accused “pimp” Ghislaine Maxwell.

GHISLAINE Maxwell’s every move will be monitored behind bars following the jail cell death of her former lover.

The Brit socialite has been transferred to New York’s tough Metropolitan Detention Centre (MDC) ahead of a high-profile court hearing on child sex charges.

“They want to make sure she’ll stand trial,” a source told the New York Post before adding the Bureau of Prisons doesn’t want another “black eye.”

The 58-year-old will be guarded by the “highest security available” while behind bars, the source added.

She’ll be “shadowed by prison officers” when she moves around the jail and a surveillance camera will be trained on her cell, claimed the insider.

The Sun Online has already told how Maxwell was seen as a “depressed loner” in jail and has been branded a “snooty rich b****” by her fellow inmates at her previous jail in New Hampshire.

The Daily Mail reported Monday, though, Maxwell has planned a “get a light sentence card.” An anonymous former friend of hers told the tabloid that Maxwell has a “secret stash of sex tapes” that “could end up being her get out of jail card if the authorities are willing to trade. She has copies of everything Epstein had. They could implicate some twisted movers and shakers.” The friend added: ‘If Ghislaine goes down, she’s going to take the whole damn lot of them with her.’

Given just how many high profile acquaintances Maxwell and Epstein kept, there is little doubt that such a trial would be both explosive and unnerving for much of the world. And it’s almost certain that there will be people that want to keep her quiet.

“I’m absolutely worried for her safety,” said Christopher Mason, a TV host, and journalist who has known Maxwell since the 1980s. “Do I think [she’s] in danger? Yes.”

(…)He said he was told that Epstein rigged his many homes with cameras and kept surveillance tapes of everyone and everything that went on in them. The tapes have all disappeared, he said.

“I’m sure she has access to the videos,” Mason said. “A lot of powerful people will be more than a little worried. I hope [Maxwell won’t] end up like Epstein. I’m a little worried about that. I think she’s in danger. There is too much power involved if she really talks. “

But as of today, Generalissimo Francisco Franco is still dead and Ghislaine Maxwell is still not dead.