Harris Getting Slammed For Remark Voters Getting What They Asked For 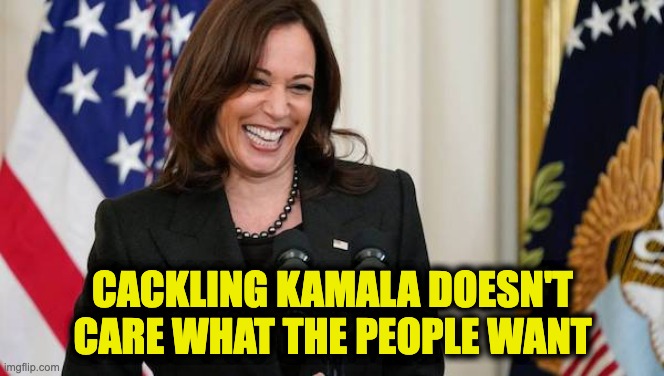 Vice President Kamala Harris could be taking on the role of a quick gaffe understudy for Joe Biden, considering her reaction after remarking that American voters “got what they asked for” when they put Biden in the White House.

According to Fox News, Harris was commenting on the nomination of Judge Ketanji Brown Jackson to the Supreme Court during an observance about Black History Month. Jackson is the first Black woman to receive such an honor, and it was a fulfillment of a Biden campaign promise back in 2020 that he would nominate a Black woman to sit on the high court.

Kamala Harris: "Elections matter. And when folks vote, they order what they want — and in this case they got what they asked for. I went off script a little bit."
pic.twitter.com/lMKmUc2yF3

But the remark is not going down well with conservatives, including U.S. Sen. Ted Cruz (R-TX), who tweeted, “The American people didn’t ask for any of this: Record Inflation, Record border crisis, Closed schools, A war on American energy, Afghanistan disaster, Russia invasion of Ukraine.”

The American people didn’t ask for any of this:

Former Donald Trump campaign communications director Tim Murtaugh sent this tweet: “Biden has a 37% approval rating in the recent ABC poll. People didn’t ask for this. She is a terrible politician.” (And a terrible V.P. for a terrible POTUS).

Yes, elections do matter! And in November, we’ll see that no one asked for the Democrats’ soaring inflation, closed schools & masked kids, record crime, or war on American energy. It’ll be a referendum on Biden’s complete and total failure. https://t.co/7o7HIVOqdN

Other critics suggested her flippant remark—Harris acknowledged she “went off script”—will become a centerpiece in campaign advertising this fall. As odds continue, rising Republicans will recapture Congress in November, effectively making Biden a lame duck for the final two years of his administration.

Harris has been criticized since taking office for lacking the savvy and experience to be in her position.

Her remarks came on the eve of Biden’s State of the Union speech, scheduled Tuesday evening on Capitol Hill. He is expected to talk lots about Ukraine and how the U.S. and its allies have responded, allegedly hurting Vladimir Putin financially, along with the Russian economy.