George Will On Palin Endorsing Trump ‘We Should All Believe In Recycling, But There Are Limits’ 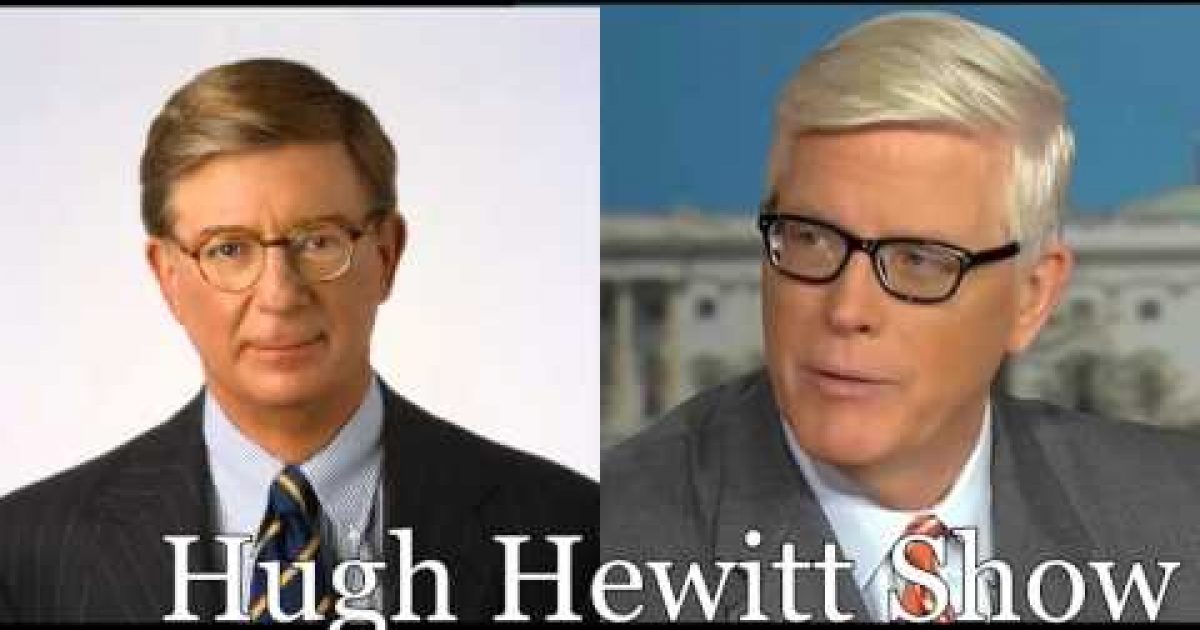 Die Hard Chicago Cubs fan George Will, was a guest on the radio show of die hard Cleveland Indians fan Hugh Hewitt, but very little of the discussion was about baseball. Politics ruled the day, most of it centered around Sarah Palin’s endorsement of Donald Trump,”We Should All Believe In Recycling, But There Are Limits” and the possibility of a Trump vs. Hillary race, “if the election is Hillary Clinton against Donald Trump, this will be the first election since God knows when, there was no real conservative candidate.”

Below is a transcript of the entire segment along with videos of two parts of the interview:

Hewitt:  I’m joined by nationally syndicated Fox News contributor and author of A Nice Little Place on the South Side, George Will.  George Will, welcome back to the Hugh Hewitt Show, great to have you.

Will:  Glad to be with you.

Hewitt:  What did you make of that?

Will:  Well, I don’t think it’s the Republican Party turning a fresh face to a promising future.  We should all believe in recycling but there are limits, frankly.

Will:  I really think in the closing hours before the moment of seriousness arises, and I think it does arrive in America when people are actually confronted with a ballot and they no longer think they’re sending a message, they realized they’re sending a president, and I think this is one of the final episodes of what I hope, perhaps naively is, the silly season.
Hewitt:  Now George Will, you’re very gracious, I just mispronounced the name of your book.  It’s a Nice Little Place on the North Side and I just made a baseball — it’s just terrible — but I’m actually mad  at the Cubs because the Cubs have been trying to steal Carrasco or Danny Salazar for some Cuban outfielder who’s 23-years-old and the Indians are easily tricked and I hope you would not be betting that, George Will.
Will:  Listen, the Indians are going to be really good this year.
Hewitt:  Because of that starting pitching, I don’t know about Soler because I don’t follow the National League at all, but I’m not wanting to rate any of those people.  Back to Sarah Palin.  The end of the silly season.  What message does that send and who gets it?  Is it a net plus or a net negative in a general election to have Sarah Palin on your team and in Iowa and New Hampshire in the primaries?

Hewitt:  We have to have an hour-long conversation on this because of the nature of the international threat that was not there when Taft did what he did George Will, it will be fascinating.  Always a pleasure, George Will.  “A Nice Place on the North Side,” his latest book about “Cubland.”