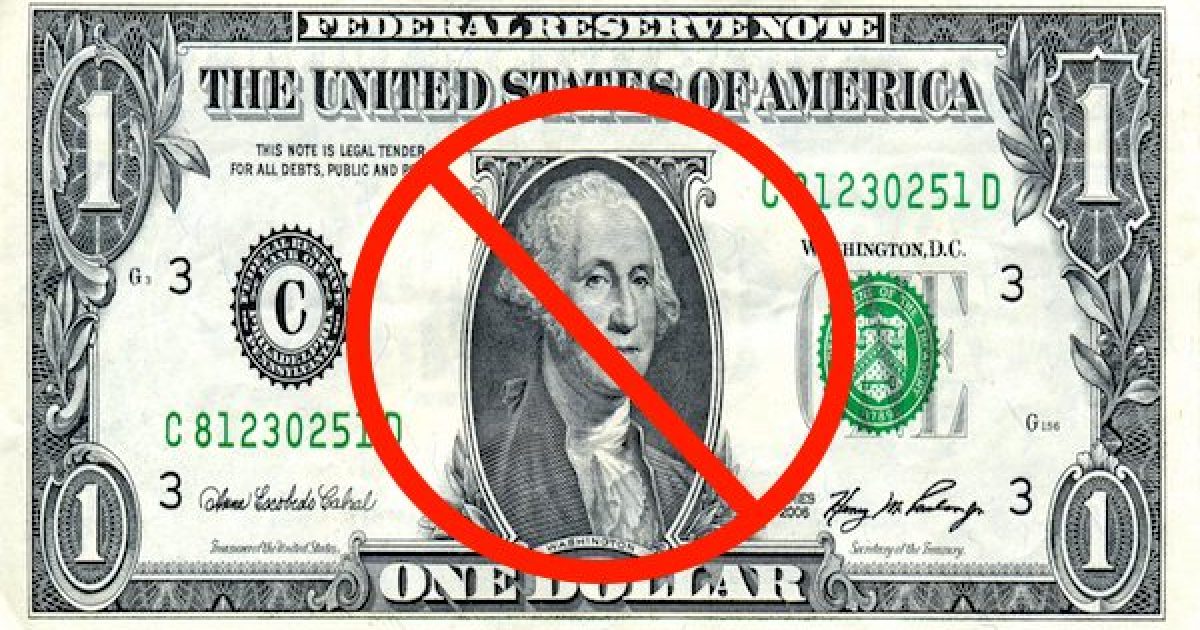 Infowars reporter Owen Shroyer decided to see if President Donald Trump was right when he said that statues of George Washington would be the next to fall.

It’s absolutely amazing to see the ignorance of some American people when it comes to their history and how they are willingly letting it be erased right before their eyes.

In light of the vandalism, destruction, and removal of Confederate monuments over allegations about slavery, it should come as no surprise that many have begun to target America’s founding fathers.

The latest to see an attack is considered the “Father of our country,” our first president, George Washington.

Apparently, Owen Shroyer may be right, and a large group of people was willing to sign a petition to remove Washington from the dollar bill.

Now, personally, I’d just a soon we did away with the whole Federal Reserve system, which includes that monopoly money that Washington’s face resides on.

I often wonder if the men whose faces are on those pieces of paper would be insulted by it rather than flattered.

However, the reason for the removal is not due to the unethical practices of the fiat money printing central bank, but rather is a fight against “images of racism and slavery.”

Once again, the ignorance of the American people was on display as one woman had no idea who Robert E. Lee was, but she signed the petition.

Let me highly recommend a wonderful video titled Warriors of Honor: The Faith and Legacies of Robert E. Lee and Stonewall Jackson, and not only hear about their lives and faith in the God of the Bible, but also in some of the bonus material hear of how slave spoke of Christians who cared for them in the new world and treated them like family.  Again, you won’t hear that in the public indoctrination centers.

One guy called him out on it though.

“Really?  Do you teach history?” the guy asked.

Of course, Shroyer attempted to stay in character, but I’m surprised he was not trying to hold back a laugh, like Mark Dice.

Another man who was signing the petition said that the vandalism that was done to the Robert E. Lee Road street sign was done by a man who was “paid to do it.”

Now, let’s be honest, George Washington did own slaves.  That is simply a historical fact.

In fact, we learn at MountVernon.org the following:

“Despite having been an active slave holder for 56 years, George Washington struggled with the institution of slavery and spoke frequently of his desire to end the practice,” the website states.  “At the end of his life, Washington made the bold step to free his slaves in his 1799 will – the only slave-holding Founding Father to do so.”

Now, the one thing the media will not tell you is who brought the slaves over and who kidnapped them into slavery.

One thing you will never read in the media or heard taught in the public indoctrination centers we call public schools is that no Southern ship ever brought slaves to America.  It was only Northern ships.

Second, the media continues to whitewash Islam, but the bulk of slaves who were kidnapped in their homeland of Africa were kidnapped by Muslims.  That’s right, that “religion of peace.”

To be fair, one has to ask why Washington would not release his slaves when he was actually wrestling with the issue instead of waiting till his death and the death of his wife to release them.

In either case, none of this removes this history of our country nor does having a statue or imprint of his face on a piece of paper really incite anyone.

It’s simply something for some people to get worked up over in order to subvert the law and America’s true history, which isn’t about slavery, but about Christianity and the Bible.

The Bible does speak about slavery and it speaks to kidnapping, or man stealing.  The latter carries a sentence of death, but as far as we know, neither George Washington nor Robert E. Lee nor any other American actually engaged in a kidnapping.  The former was often practiced as a means of payment or as a care for one’s enemies whose cities had been destroyed in a war.

In many cases, some of these people took very good care of their slaves and protected them after they were brought to the New World, but it’s true that there were some in the culture who abused their slaves and were cruel masters.

No, this is just the latest in a long line of attempts to erase America’s true history from America’s public consciousness.