George Soros Is An Evil Dude 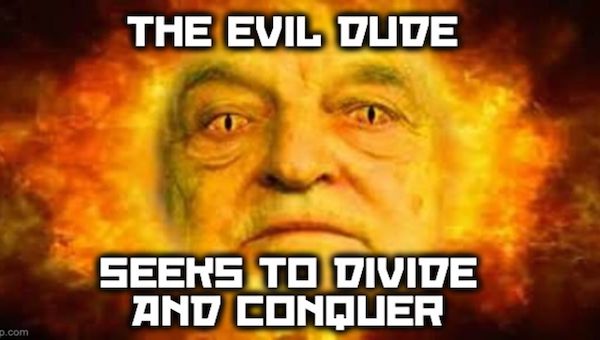 Here we go again! Every year or so, someone tells the truth about Billionaire George Soros and gets accused of pushing Antisemitism. They ignore the fact that George Soros is a real-life Dr. Evil. The only difference is that he’s more dangerous and not funny. In fact, he is scary. Soros disrupted Democracy and Capitalism across the world. But when people criticize the Evil Dude, they are met with liberal claims of Antisemitism. Fox News’ Tucker Carlson is the latest victim of false liberal shaming.

Soros is often referred to as the “man who broke the bank of England” in the 1992 Sterling crisis. During that crisis, he made $1 billion in one day at the expense of British taxpayers and drove Britain into a recession as large numbers of businesses failed and the housing market crashed.

In 2002 Soros was convicted by a French court of inside trading relating to the sale of French bank Société Générale. Soros was accused of acting on insider information obtained from the French central bank and the German Bundesbank. The insider information was those banks would not support the British pound, despite a pre-existing arrangement. Given that Mr. Soros is no fool, the British believe it is highly doubtful he would have made such a colossal bet without knowing with high certainty that the Germans would not reduce their interest rates.

Per the Daily Mail in 2010, Soros was at the center of a hedge fund plot to cash in on the fall of the Euro. 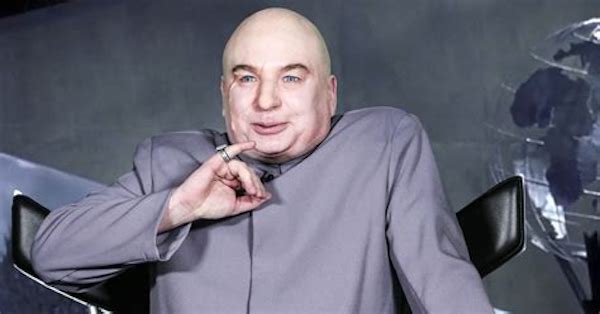 The Evil Dude Is More Dangerous, But Not Funny Like Dr. Evil

Soros’ money has been banned from Hungary. He is persona-non-grata in much of Eastern Europe because he’s used his money to corrupt the political processes in more than a handful of foreign nations. As the 2018 election period in Hungry started,  the government used vast amounts of large public posters with the photo of Soros, along with continuous support from government-owned countrywide media. All because Soros was encouraging and aiding illegal immigration.

In 2017 Macedonia “declared war” on Soros as the financier and his minions in USAID (money allocated under Obama)   financed a left-wing agenda to divide the nation and bring a socialist-Muslim coalition to power. Early March of that year saw tens of thousands of Macedonians holding peaceful rallies for national unity, an end to chaos-creating Soros/USAID largess, and the removal of the U.S. Ambassador. One of the most common posters said, “No Soros Government.”

One of the reasons American liberals rush to defend Soros is that he is a significant funder of the party and its candidates. . Per open secrets, Soros uses his personal funds to donate to Democrats and their party. Still, the most significant volume of cash comes from the organizations he runs, such as Soros Fund Management or Open Society Foundation. In the 2020 election, Soros broke his own record ‘by pouring more than $50 million into Democratic campaigns and causes just months before the November election.”

And those who aren’t happy with the Attorneys General across the country who have no desire to prosecute crime, you can thank the Soros campaign to elect far-left prosecutors.

The most ironic part of the pro-Soros cabal is that any criticism of the Evil Dude is caused by Antisemitism. Despite his Jewish birth, Soros is a Jew-hating Jew (I don’t use the term “self-hating” because most people in that category like themselves). The Evil Dude supports anti-Semitic causes around the globe. Here are some examples as reported by NGO Monitor:

Since 2001 the Soros network has given over $1,400,000  to Adalah. Adelah describes itself as an “independent human rights organization,” but it doesn’t believe Jews have human rights. Adelah has been instrumental in falsely accusing Israel of war crimes on numerous occasions, including contributing charges to the now-disgraced Goldstone Report and the fake 2002 report of an Israeli massacre in Jenin. Both have been outed as frauds. Adalah has also called on world governments to sever or downgrade their diplomatic relations with Israel.

Another favorite for Soros money is I’lam, a Nazareth-based Palestinian media center. I’lam claims its mission is “to empower the Palestinian media landscape and society by promoting equal access to the Israeli media, encouraging a fair information flow, and fostering professional standards.” Not stated in their mission is that I’lam creates and promotes allegations of media bias in the Israeli media as part of its political agenda. I’lam received about $1,030,000 from the Soros organization.

The New Israel Fund (NIF) is also listed as a recipient of Soros’ love, at least  $837,500 since 2009. The NIF donates money groups dedicated to making false charges about Israel and/or promoting the anti-Semitic Boycott, Divestment, and Sanctions (BDS) movement, which denies the right of the Jewish people to have a nation in their eternal homeland. The NIF funds anti-Semitic organization such as Adalah, B’Tselem, Breaking the Silence, Physicians for Human Rights, Social T.V., and 972 Magazine, just to name a few. IN RECENT YEARS, the NIF has been allowed to participate in N.Y.’s Israel Day parade because of their desire to have a “big tent.”  Their big tent is a rotten tent which is why I stay home.

Women Against Violence (WAV): received $1,430,000 of Soros money. They are another group supporting the anti-Semitic BDS movement.

Along with advocating for the BDS movement, the organization, Mada al-Carmel – Arab Center for Applied Social Research, received $707K from Soros was one of the creators of the Haifa Document in 2007. The Haifa Document calls for a “change in the definition of the State of Israel from a Jewish state” and accuses Israel of “exploiting” the Holocaust “at the expense of the Palestinian people.”

And let’s not forget that Soros helped to fund the creation of J-Street, the faux pro-Israel organization that is actually anti-Israel and supports the BDS movement. If you don’t want to believe me about J-Street, listen to  Democrat Alan Dershowitz.

Why would Soros, a Hungarian Jew who lived through the Holocaust, spend so much money on the anti-Semitic BDS effort to de-legitimize the Jewish State? The best explanation comes from my late friend and teacher Barry Rubin:

Not all of the conspiracy theories about Soros are true. But his funding of liberal prosecutors, attacks on international currencies, and his support of anti-Semitic causes have been proven. So don’t try to tell me that criticizing Soros is an act of Jew-Hatred. Criticize Soros for being the Evil Dude.