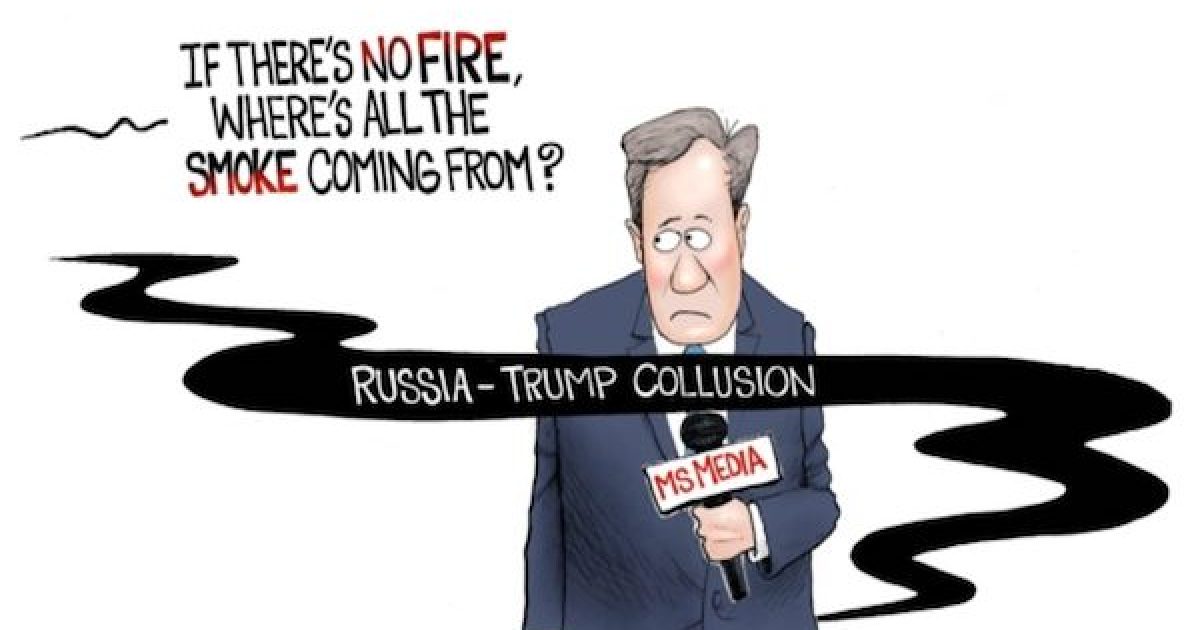 Along with the indictment of Paul Manafort and his associate Rick Gates, we learned that a low-level Trump campaign adviser George Papadopoulos plead guilty to lying to the FBI. Apparently, Mr. Papadopoulos lied to the FBI about the timing and contacts he had with Russians and that they offered to give him thousands of emails about/from Hillary Clinton. But as one reads through the indictment the realization builds that Team Trump kept rejecting young George’s offers to set them up with their Russian friends (indictment embedded at end of post).  Here’s the fun part, back in August the Washington Post reported on what  George Papadopoulos tried to do, and in a rare moment for the Washinton Post, the story seemed to be favorable to the Trump Team, at the very least it showed that the Trump campaign had no interest in his Russian contacts.

While much of the liberal press (is that redundant) is going crazy suggesting that the George Papadopoulos indictment proves collusion, it is obvious that haven’t read the indictment or young George’s history. He was brought on to a volunteer committee to talk about Greece, so it was strange that he wanted to talk Russia. But as WaPo reported his pleas about Russia were ignored.

On August 14th of this year, under the headline, “Trump campaign emails show aide’s repeated efforts to set up Russia meetings” the Washington Post explained:

Three days after Donald Trump named his campaign foreign policy team in March 2016, the youngest of the new advisers sent an email to seven campaign officials with the subject line: “Meeting with Russian Leadership – Including Putin.”

The adviser, George Papadopoulos, offered to set up “a meeting between us and the Russian leadership to discuss US-Russia ties under President Trump,” telling them his Russian contacts welcomed the opportunity, according to internal campaign emails read to The Washington Post.

The proposal sent a ripple of concern through campaign headquarters in Trump Tower. Campaign co-chairman Sam Clovis wrote that he thought NATO allies should be consulted before any plans were made. Another Trump adviser, retired Navy Rear Adm. Charles Kubic, cited legal concerns, including a possible violation of U.S. sanctions against Russia and of the Logan Act, which prohibits U.S. citizens from unauthorized negotiation with foreign governments.

But Papadopoulos, a campaign volunteer with scant foreign policy experience, persisted. Between March and September, the self-described energy consultant sent at least a half-dozen requests for Trump, as he turned from primary candidate to party nominee, or for members of his team to meet with Russian officials. Among those to express concern about the effort was then-campaign chairman Paul Manafort, who rejected in May 2016 a proposal from Papadopoulos for Trump to do so.

WaPo got access to the emails because Team Trump turned them over to congressional investigators. Those same emails provided by the White House were the ones Mueller used to build his case against George Papadopoulos.

Less than a decade out of college, Papadopoulos appeared to hold little sway within the campaign, and it is unclear whether he was acting as an intermediary for the Russian government, although he told campaign officials he was.

While the emails illustrate his eagerness to strengthen the campaign’s connections to the Russian government, Papadopoulos does not spell out in them why it would be in Trump’s interest to do so. His entreaties appear to have generated more concern than excitement within the campaign, which at the time was looking to seal the Republican nomination and take on a heavily favored Hillary Clinton in the general election.

In other words, the campaign didn’t listen to young George Papadopoulos and he was pretty stupid to lie to the FBI.

Below is the video that went with the Washinton Post’s George Papadopoulos article and below that the indictment released today.