Despite His Excuses, General Milley's Phone Calls To China Were A Treacherous Insurrection And At The Very Least He Should Be Fired 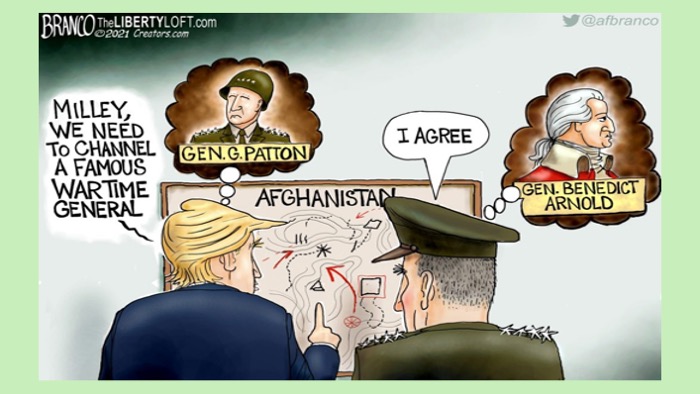 General Mark Milley’s reputation took a rather sizable hit this week, as details of his actions during the latter days of the Trump presidency come to light. General Milley China

As reported in the new book Peril, Milley reached out to his counterparts in Beijing on several occasions in the dusk of Trump’s first term to explain to them that Trump wasn’t about to launch an attack against China – something that the CCP was growing concerned about.  Milley then suggested that he would actually warn China if Trump did decide to take action against them.

Now, after the Pentagon refused to comment on the situation, Milley is speaking up, and he’s not helping his case.

The top U.S. military officer said Friday that calls he made to his Chinese counterpart in the final stormy months of Donald Trump’s presidency were “perfectly within the duties and responsibilities” of his job.

In his first public comments on the conversations, Gen. Mark Milley said such calls are “routine” and were done “to reassure both allies and adversaries in this case in order to ensure strategic stability.” The chairman of the Joint Chiefs of Staff spoke to The Associated Press and another reporter traveling with him to Europe.

Didn’t General Benedict Arnold promise the British something similar when he offered to give them West Point?

More information would be coming soon.

“I think it’s best that I reserve my comments on the record until I do that in front of the lawmakers who have the lawful responsibility to oversee the U.S. military,” Milley said. “I’ll go into any level of detail Congress wants to go into in a couple of weeks.”

Milley and U.S. Defense Secretary Lloyd Austin are scheduled to testify Sept. 28 before the Senate Armed Services Committee, in what initially was going to be a hearing on the U.S. military withdrawal from Afghanistan and the chaotic evacuation of Americans, Afghans and others from that country.

Calls for Milley’s resignation continue late into the week, with many Americans believing that the General’s actions are a punishable offense.

It certainly seems as if Milley has never read the Constitution. Article Two, Section Two reads in part,

The purpose of that section is to make it clear that the civilian authority commands the military. Based on his other behavior, it is clear that the liberal, woke-oriented Milley did not like President Trump or conservative policies.  However, there was absolutely no indication that Trump was going to attack China. In fact, he was trying to expand the trade deals he negotiated. That is a peaceful act.

Milley’s promise to warn China was a total rejection of  Article Two, Section Two.  The General was acting as if he was the Commander-in-Chief.

The Democrats like to call the riot on January 6th an insurrection—it was a criminal act and a riot, but it wasn’t an insurrection.  Despite his excuses, General Milley’s phone calls to China were a treacherous insurrection, and at the very least, he should be fired