Will The General Be "Un-Screwed?" 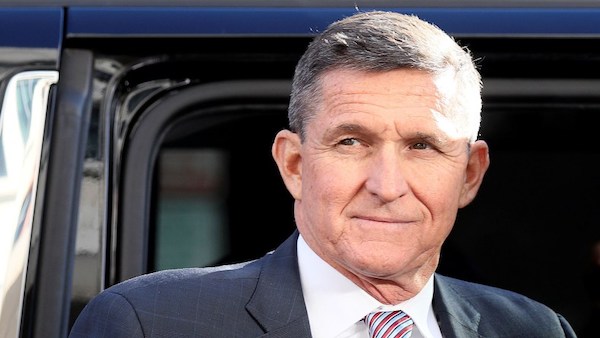 AG Barr has hired outside prosecutors to re-examine some high-profile cases, including that of the team Mueller-screwed former Trump national security adviser General Michael Flynn.  Per the NY Times. US Attorney Jeffrey Jensen of St. Louis has been tasked with taking a second look at some aspects of the General Michael Flynn case. The General was fell into a perjury trap of team Mueller. Ironically this report came the same day America learned that former interim FBI Director Andrew McCabe who lied to the FBI would not be prosecuted.

Flynn’s  “crime” came days after the inauguration. The FBI’s Peter Strzok and Joe Pientka questioned Flynn at the White House and skipped the customary heads-up to the president’s Office of Legal Counsel because they didn’t want Flynn to have the protection of an attorney. They asked General Flynn about conversations with Russian Ambassador Sergey Kislyak despite that they had already reviewed transcripts of the calls and found nothing to be worried about.

James Comey admitted he took advantage of the chaos in the early days of the Trump administration when he sent then-special agent Peter Strzok and another FBI agent to talk to Flynn.

Strzok and Pientka wrote up the report saying there“no indication” that Flynn had lied to them. But FBI lawyer Lisa Page (Strzok’s mistress) told them to change the write-up and say Flynn lied. That’s where the charges came from.

This appears to confirm they left the interview thinking Flynn didn't lie. pic.twitter.com/Gw99uMMrku

But Flynn pled guilty anyway. Apparently, he was out of money, was promised no jail time, and had a lousy attorney who he fired after the prosecutors reversed their promise recommended he serve time in jail. Additionally, there were reports that the Mueller team was going after Flynn’s son. With his new attorney, General Flynn has requested to withdraw his guilty plea.

Along with prosecutor Jeff Jensen, who is handling the Flynn matter, prosecutors from the office of the deputy attorney general, Jeffrey A. Rosen, are looking at other cases. Per the NY Times:

Over the past two weeks, the outside prosecutors have begun grilling line prosecutors in the Washington office about various cases — some public, some not — including investigative steps, prosecutorial actions and why they took them, according to the people. They spoke on condition of anonymity to discuss the sensitive internal deliberations.

Gen. Flynn was the head of the Defense Intelligence Agency under Obama. Ironically he was forced into retirement for telling the truth. According to investigative reporter, Seymour Hersh:

“Flynn confirmed that his agency had sent a constant stream of classified warnings … about the dire consequences of toppling  ] Assad.” Flynn recounted that his agency was producing intelligence reports indicating that radical Islamists were the main force in the Syrian insurgency and “that Turkey was looking the other way when it came to the growth of the Islamic State inside Syria”. According to Flynn, these reports “got enormous pushback from the Obama administration,” who he felt “did not want to hear the truth”. According to former DIA official, W. Patrick Lang: “Flynn incurred the wrath of the White House by insisting on telling the truth about Syria … they shoved him out.

The president has always felt sympathy for Flynn even after his firing, For example, after the General hired a new lawyer, the President tweeted.

General Michael Flynn, the 33 year war hero who has served with distinction, has not retained a good lawyer, he has retained a GREAT LAWYER, Sidney Powell. Best Wishes and Good Luck to them both!