Welcome To The California Zone 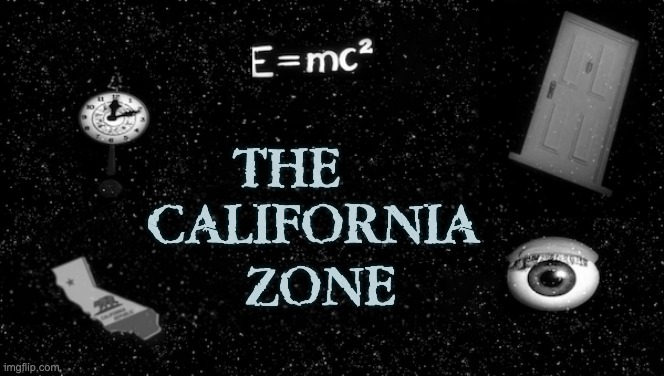 “There is a fifth dimension beyond that which is known to normal Americans. It is run by people whose craniums are as empty as our wallets on April 16th, as reckless as the reconciliation bill. It is the middle ground between tyranny and autocracy and lies between the CCP and Venezuela. It is the summit of lost liberty. This is the dimension of a horrible future for all of America. A future found today in an area we call the California Zone.”  gender neutral toy department

On Saturday, California Governor Gavin Newsom has signed a law that forces stores to have gender neutral toy sections. Yes, the state, famous for earthquakes, people defecating on the sidewalks, and Nancy Pelosi, is forcing large stores to embrace wokeism.

Large department stores must now display products like toys and toothbrushes in gender neutral ways – a win for LGBT advocates who say the pink and blue hues of traditional marketing methods pressure children to conform to gender stereotypes.

The new law, however, does not completely outlaw traditional boys and girls sections at department stores. Instead it says large stores must also have a gender neutral section to display ‘a reasonable selection’ of items ‘regardless of whether they have been traditionally marketed for either girls or for boys’.

Keep in mind that even in a large store, real estate is precious. Most probably, they won’t add a third section they don’t have the room.  It is more likely that have one giant toy section with gender neutral packaging toy manufacturers will make, especially for Califonia stores.  This will increase the price of toys in Gavin Newsom’s fiefdom.

Parents of young kids have a hard enough time finding the best toys to buy for their children when the stores separate the genders. This law means there will be a department where GI Joe and Barbie can cohabitate as long as the packaging, words, and colors are gender-neutral. This may result in clueless parents going into the store to buy a GI Joe and mistakenly coming home with a Ken, angering Barbie.  Everyone knows that Barbie prefers a man in a uniform. 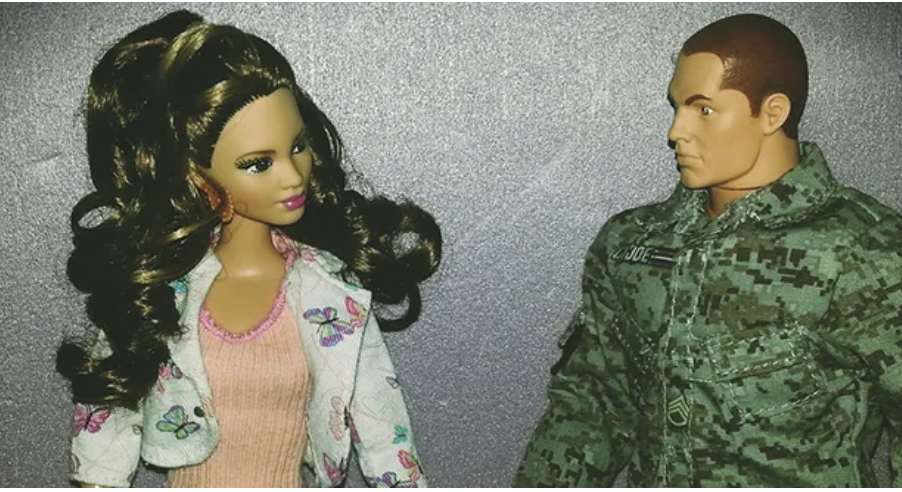 Apparently, They’ve Been Flirting For Years.

This law Newsom signed only applies to toys and ‘childcare items,’ including hygiene and teething products, but not clothes.

Author of the bill Evan Low – an assemblyman and Democrat from San Jose – said he was ‘incredibly grateful’ Newsom signed the bill this year.

(…) Low said he was inspired by the 10-year-old girl daughter of one of his staffers who asked her mom why certain items in the store were ‘off limits’ to her because she was a girl.

‘My hope is this bill encourages more businesses across California and the US to avoid reinforcing harmful and outdated stereotypes,’ he added.

Sorry but Assemblyman Low is is as full of crap as a San Francisco sidewalk.

Guess what? Boys and girls like different things.  When my daughter was young, My wife and I tried to avoid pushing her into traditional gender roles, so I brought her home a Tonka Truck. She never touched it. It wasn’t a waste of money, though, because when her younger brother was born, he played with that big truck.

After my daughter rejected the yellow Tonka truck, she kept demanding more Barbies (which kind of hurt because I worked with Hasbro, and Barbie is made by Mattel).

I spent ten years in the toy business. If boys and girls liked the same thing, toy companies wouldn’t make different products for each gender. They would love that because it would save them production money and boost profits. But that’s not how kids work. And it has nothing to do with socialization folks, it’s all in the chromosomes. Once children reach age five or six, they start requesting the toys they want (rather than parents selecting them). In the overwhelming majority of cases, boys ask for boy-oriented toys, and girls wish to have girl toys.

Like much of what happens on the left coast, the new law proves true the wisdom of these wise words, “you just can’t fix stupid,”  especially when the stupid is found in politicians living in the area called— the California Zone.