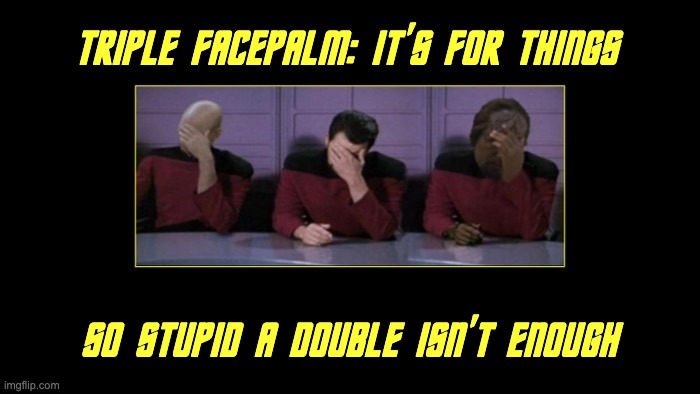 The US Navy released a video to teach service members how to correctly use gender-neutral pronouns. Never mind that Russia, China, Iran, and North Korea see our weakness and are laughing hysterically as they plan to create as much mayhem as possible in the world. And they will if this continues. From the most lethal fighting forces on earth to a bunch of people demanding a “safe space,” the military under this administration is a mess. Biden is hell-bent on destroying America. And it’s working.

The US military, and in this case, the US Navy, released a video that focused on creating “inclusive, safe spaces for everyone” – a radical departure from warfighting. The culture has changed, and not for the better.

War is hell. They’re not teaching our military members to fight for the country or survive to come home. They’re teaching them to live in a Utopian world where no one gets hurt. If only they understood the problem from at least seeing the destruction, the carnage from the Ukraine war, or the disastrous withdrawal from Afghanistan n they might get a clue. Instead, they’re focused on social issues that are irrelevant… like pronouns. And in the military, that flaw will be detrimental to their safety. It’s a radical shift in military preparedness that threatens our very existence.

Biden promised during the campaign that he wanted to diminish US Military might as a tool in foreign policy. We wrote about it. Everyone ignored it. He’s done it. After Jan 6, the woke Secretary of Defense issued a “stand-down order” so they could conduct a witch hunt for “extremists” – and out of the millions of service members, they only found a small handful. One group asked Biden to remove every smidgen of Christian thought from the military and America. The administration has been working on that. Then there’s that vaccine mandate that purged hundreds of capable service members. All while attempting to disarm the US population…the Biden Administration, Congress, and Senate are working on that.

The Navy released video is an ominous harbinger of problems ahead. Although we choose to believe there are still tough US service members who will fight for our nation, those heroes are losing their advantage thanks to their woke leaders. It’s scary, there is no doubt.