As Gavin Newsom Ponders A Presidential Run, He Misunderstands Freedom 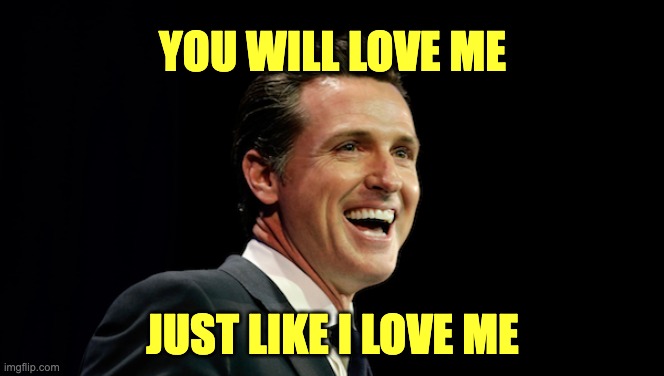 With President Joe Biden too old and Vice President Kamala Harris too inept, Democrats have few decent options for a 2024 presidential run. As some look back to radical failures such as Sens. Bernie Sanders and Elizabeth Warren, one name has come up in recent weeks: Gavin Newsom.

The California governor may be overseeing the worst-run state in America, but he’s only 54, exudes confidence — or perhaps arrogance — and is more popular than his leftist comrade in Washington.

Newsom recently released a pitiable but telling advertisement, where he espoused lies and argued that California is where freedom reigns, inapposite to the purportedly tyrannical Sunshine State.

“Egotistical Gavin Newsom is desperate for relevance and attention,” Republican Party of Florida Vice Chair Christian Ziegler claimed. “This ad will have zero impact on anything going on in Florida — both in terms of policy and politics. And the only one losing sleep over this ad won’t be Ron DeSantis, but instead, Joe Biden will lose midday nap time over this as it clearly shows that Newsom is positioning himself to take on the Democratic president.”

Was the 30-second spot with myriad falsehoods — about voting, free speech, and censorship — targeted the nation’s third-largest state, led by potential Republican frontrunner Ron DeSantis, the first shot of 2024?

It depends upon one’s definition of freedom.

If your goal is to have a doctor help end your life, California is a state with that freedom.

If you are a dishonest public school teacher who wants to sit home and get paid while ruining your students’ lives, then heck yes, California is a great choice for you.

And if you’re a smug hypocrite who ignores COVID-19 restrictions to lavishly dine with top lobbyists, then, by all means, ask California to open up those pearly gates.

But, freedoms differ. Some are ephemeral and selfish, while others attract full-time residents and create long-term opportunities.

Just Wednesday, the Wall Street Journal confirmed that the ability to operate a business during the pandemic made red states popular and successful, while blue states like California suffered.

Florida’s lack of a state income tax and modest cost of living have long made it attractive to families, especially retirees.

If you own a gun, Florida won’t persecute you for it or steal your personal information.

The real question is what trade-offs people will accept if any. Is it worth living with California’s punitive taxation because the Golden State allows unfettered abortions? Is it worth paying nearly triple for electricity and quadruple for housing to live amid homeless filth simply because the weather is nice and your neighbors hate Donald Trump?

A quixotic marketing campaign won’t eradicate decades of Democrat-led failures in California, and intelligent people will continue fleeing. I left the state in 2005, and it remains among the best decisions of my life.

“The reason California lost hundreds of thousands last year, mostly to red states, while Florida gained people, is that the latter has more freedoms people seek,” a recent Florida transplant told me. “Newsom is understandably eager to build his national image but should consider ‘freedom’ among his actual policies, not just within a rudderless attack ad.”
mmm

As a Democrat almost recalled from executive office only 10 months ago in the deepest blue state, Newsom is a fringe politician who faces an uphill climb. He’s off to an inauspicious start.

If you think I am pessimistic on Newsom, check out Poweline’s Steven Hayward’s Wednesday post,” Newsom Vs. Desantis—You’ve Got To Be Kidding Me!”