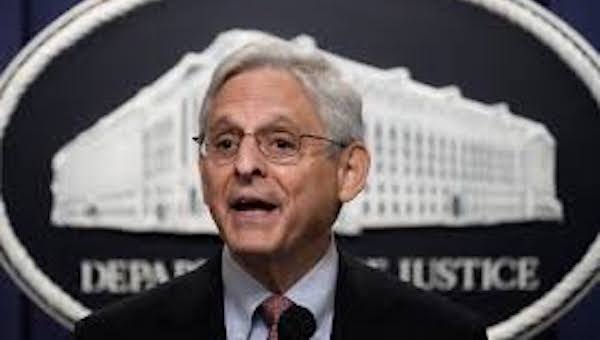 We now sit a fortnight since the FBI raided Mar-a-Lago and, to quote the great Yogi Berra, it’s Déjà vu all over again.

Donald Trump is dominating the headlines. Cable news hosts and guests are tossing out preposterous theories despite lacking pertinent information. The Twitter sewer talks treason and rhetoric like “we got him this time.” You can almost feel Robert Mueller and Peter Strzok emerging from the catacombs.

The familiarity is annoying but also means that we should look back and consider why the so-called Swamp didn’t “get him” during the Russia-gate failure and why common-sense Americans remain suspicious of any investigation into the former president’s behavior.

The Russia investigation was foolhardy because its scenarios were implausible.

Trump, who is transparent to a fault, was supposedly a covert Moscow agent; his inner circle allegedly engaged in a nefarious alliance with Russian intelligence, and the Trump campaign was somehow shrewd enough to collaborate with Vladimir Putin’s thugs in hacking the Democratic National Committee’s emails. In the end, Watergate redux it was not.

The haphazard investigation proved none of these far-fetched scenarios, nor did the failed impeachment early in 2020, as COVID-19 was simultaneously hitting the United States.

Mueller’s report did not exonerate Trump from wrongdoing, but the investigation was guilty of process abuses, including how the FBI obtained its FISA warrants. And there was a disingenuous feedback loop between federal overreach and a lazy left-wing commentariat inflating the Steele dossier’s bogus claims, essentially because “it must be serious if the FBI says so.”

When the investigation concluded, the feds and the press had gone too far in search of some fairy tale ending. This nonsense understandably confirmed Trump supporters’ perpetual belief that whatever negativities the 45th president had, the “deep state” is worse and untrustworthy.

Fast forward a few years, and with a new administration and midterm elections on the horizon, the past decisions of Mueller, disgraced former FBI Director James Comey, and recent decisions from Christopher Wray and Attorney General Merrick Garland matter a lot.

As a long-time judge, Garland should have had the Russiagate hoax in mind when he signed off on the Mar-a-Lago search and, as importantly, consider how Mueller’s investigation tarnished his and others’ legacies.

As Garland considers his next move, Washington politics, or the influence of partisan academic hacks, as it was in 2017-19, should be nowhere.

Another lesson is not that Trump or any former commander-in-chief deserves immunity because “we don’t arrest ex-presidents,” as some yell or fear lone-wolf attacks on the FBI. We don’t elect kings, and Trump is now a private citizen.
((

The better lesson is that if state agents come after Trump, especially representing a rival administration that might face him in the next presidential election, they better not miss, and they need a coherent rationale.

If you get Trump for taking boxes from foreign leaders because he’s a narcissist who feels entitled to White House souvenirs, simply take the documents back, declare some sort of Pyrrhic victory, and stop. If Trump took classified documents for nuclear weapons and showed them to rogue Middle East nations, that’s a significant problem.
But please don’t trap Americans in a banal time loop that becomes redolent of a troubling era.