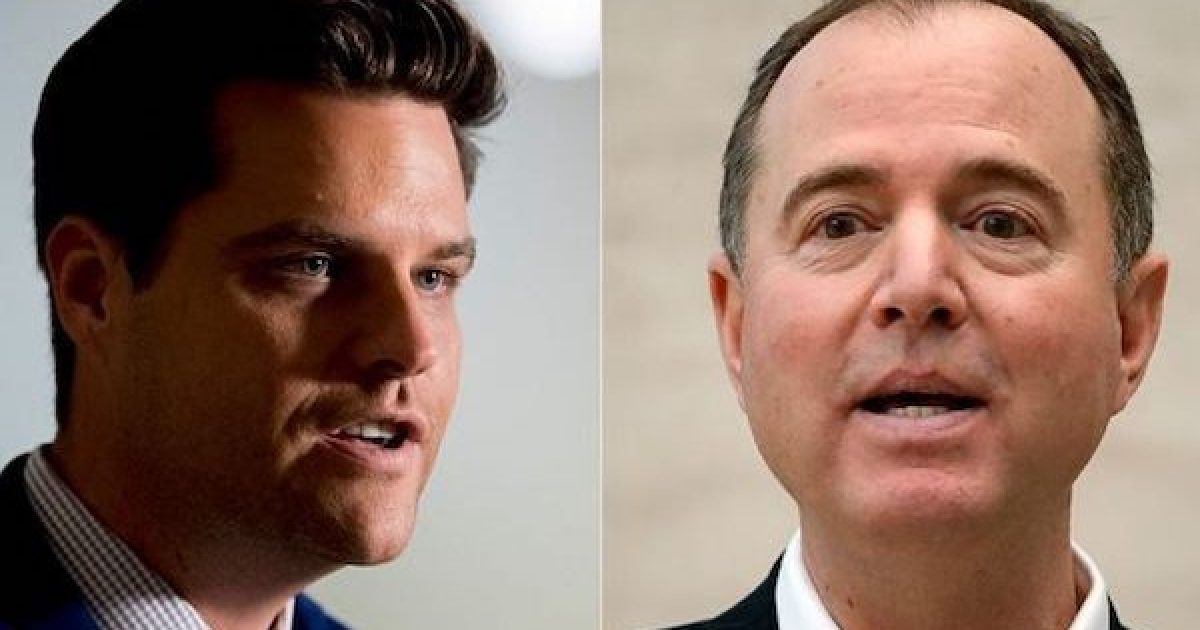 “Chairman Schiff has abused his authority and seems to believe that the rules of the House of Representatives do not apply to him,” he said in a statement. “We cannot have a multi-tiered justice system in the United States or in the Congress. His egregious behavior must change immediately.”

#BREAKING: Today I filed an ethics complaint against @RepAdamSchiff for:

-Lying to the public about "Russian collusion”

Schiff must be held accountable. pic.twitter.com/oUIGWx2Lns

The Ethics panel is unlikely to open a formal subcommittee hearing into Schiff’s actions.

But the panel will at least have to review the complaint and issue a statement, even if it dismisses it. His complaint will undoubtedly ratchet up the partisan discord in the House and could make it more tempting for Democrats to file complaints against GOP lawmakers they believe have broken House rules.

In his letter to the Ethics panel, Gaetz urged the committee, after it investigates the matter, “to make all appropriate referrals to the Department of Justice, for further investigation and prosecution.”

Susan Ferrechio said the move “could usher an end to a decades-long bipartisan ethics détente,” noting that it’s “rare” for lawmakers to file ethics complaints against each other for fear of retaliation.

“House lawmakers have seldom filed ethics complaints, particularly across party lines, after the two sides agreed to end a partisan ethics war that consumed Congress more than two decades ago,” Ferrechio added.  “Since then, ethics investigations have typically been self-initiated by the committee or referred by an independent outside panel, the Office of Congressional Ethics, which was created by the House and can field complaints from groups and individuals not serving in Congress.”

But things have changed considerably over the last two decades.  Schiff and his fellow Democrats are now engaging in what appears to be an attempted coup d’etat intended to undo the 2016 election, and there appears to be no end in sight.

We agree, along with all of his fellow co-conspirators. It will be interesting to see Schiff’s reaction to the Horowitz or Durham Reports which are expected to eviscerate, the beginnings of the Russiagate investigation.