Is Latest Aspirin Backtracking An Example Of ‘Fudging The Science’ For COVID?

Remember When Aspirin Was The Wonder Drug That Works Wonders? 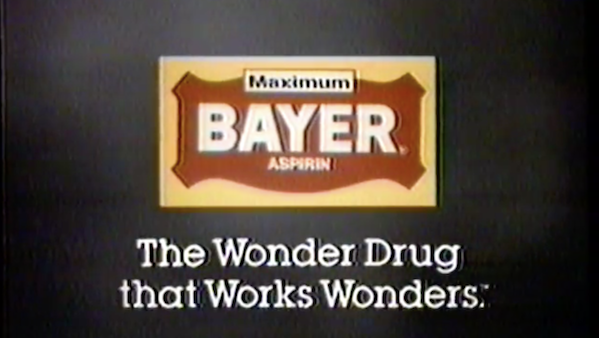 A curious pattern is forming concerning the official mouthpieces giving us all guidance on what we are and are not allowed to discuss concerning the CCP Wuhan Coronavirus. fudging the science for COVID

Unlike the usual degree of chaos, you might expect when our best minds turn their attention to a new area of interest. In which a variety of theories clash for supremacy, each evolving and being refined, seeking to knock down rival hypotheses in an endless search for truth, the information we’ve seen during the pandemic has been carefully curated, has been univocal. Anyone breaking with orthodoxy is immediately punished.

What’s more, there is little to no daylight between the political agenda of certain interested entities and the official position of the mouthpieces telling us what the science says.

For example, we are allowed to talk about masks and vaccines all day long. We are encouraged to demand government mandates for both, and anyone who dissents from that position is shamed into silence or ‘canceled’ outright as sources of ‘misinformation.’

And anyone who dares suggest something other than masks or vaccines as a reasonable and rational response to the pandemic, or that individual citizens talk to a doctor about their own risk profiles is instantly denounced as an enemy of all that is good and just in the world.

We know that certain known variables, including Vitamin D deficiency or obesity, are critically important in distinguishing the risk levels of those who get ill but recover from the virus versus those hospitalized or worse. But do you hear any campaigns calling for people to test their vitamin D levels or shed some pounds to fight the ‘rona?

No, it’s all about the masks and vaccines — and of course, closures. Any illusions the public may have had about these being scientific pronouncements and not political ones were thoroughly disabused by two stories in particular.

First was the story about our ‘experts’ at the CDD giving us guidance written by the Teachers’ Union. The knock-out punch was when the White House admitted that the 6′ distancing that has wholly upended life as we know it was an entirely political decision… CDC’s Six-Foot Social Distancing Rule Was’ Arbitrary’, Says Former FDA Commissioner

Former FDA commissioner @ScottGottliebMD calls CDC’s six-foot distancing recommendation “arbitrary” and “a perfect example of sort of the lack of rigor around how CDC made recommendations.” pic.twitter.com/2Xf4vrz6Ec

Even medical studies were thrown into question.

When early indicators suggested a specific inexpensive anti-malarial drug with decades of use and an exceedingly low-risk profile might offer hope as a therapeutic or even a prophylactic … the Lancet published a study telling us we should be afraid of using it. The study was so horrifically flawed that the Lancet took the unusual step of formally retracting it… but the stigma had already taken root.

When patterns from around the world, in areas (including India and Peru) that did not yet have access to a supply of vaccines gave reason to think Ivermictin offered hope as a therapeutic or prophylactic. Then we inexplicably saw this created for humans, Nobel-prize winning medication reduced to ‘horse paste by defenders of the official narrative. WATCH: Joe Rogan Takes CNN Doc Sanjay Gupta To The Woodshed For Network LIES On Ivermectin

Which brings us to the Aspirin story…

In the mid-1980s, when The Lid was still working in advertising, he ran the media side of the Bayer Aspirin account at an agency named Lintas (we always said the Lintas stood for “like I need this aggravating sh*t”). That was when the first study was released reporting that a baby aspirin a day will help prevent a heart attack. Getting reading for the advertising campaign for the new indication, we all had to absorb tons of research.

Finally, we broke the campaign “the wonder drug that works wonders.” It won awards.  But the ads didn’t include the fact that there was a slew of other maladies that aspirin was suspected of treating. Thefore it wasn’t surprising that some medical researchers looked at aspirin as a possible treatment for the Chinavirus.   After all, the ability of low-dose aspirin to affect platelets in the blood and reduce the likelihood of clotting and COVID’s symptoms do impact blood flow,

Here’s a reasonably recent WebMD article speaking optimistically about how Asprin might help people recover more quickly from an infection.

Among people who did get COVID-19, the time it took for SARS-CoV-2 PCR test results to go from positive to negative was significantly shorter among those who used aspirin, and the duration of their disease was two-three days shorter, depending upon preexisting health conditions.

“This observation of the possible beneficial effect of low doses of aspirin on COVID-19 infection is preliminary but seems very promising,” Magen said in a news release from Bar-Ilan University. “

Apparently, a study followed up on that research and was recently published.

“The team investigated more than 400 COVID patients from hospitals across the United States who take aspirin unrelated to their COVID disease,” said JPost.com

It “found that the treatment reduced the risk of several parameters by almost half: reaching mechanical ventilation by 44%, ICU admissions by 43%, and overall in-hospital mortality by 47.”

A study published a few days ago concluded that low-dose aspirin could cut COVID mortality rates by nearly 50 percent. Then this happened…. pic.twitter.com/vEOf42rgDR

Could there be an innocent explanation for such unlikely timing?

But there is a spectacular record of discrediting anything and everything that might bring the slightest ray of hope into a carefully crafted panic narrative… especially when those rays of hope are connected to an inexpensive and widely available product on which nobody can slap an exclusive patent.