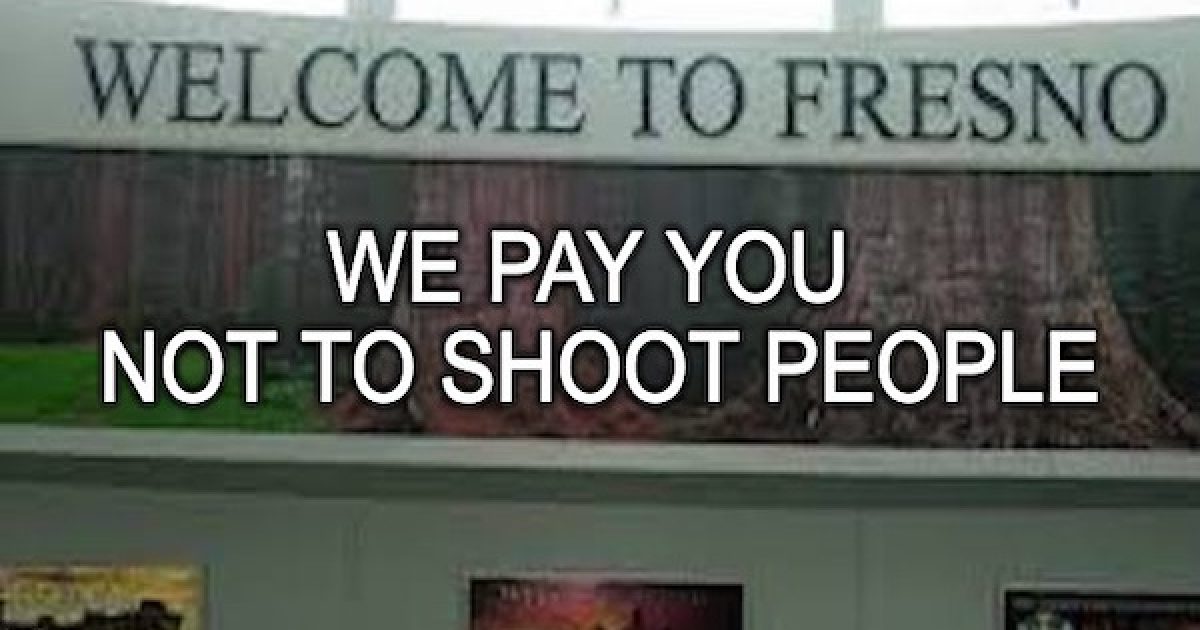 The San Joaquin Valley Sun reported that Fresno’s plan to stop gun violence is to pay criminals not to be violent is in the budget process. Richmond, Stockton, and Sacramento have funded stipends for ‘high risk’ individuals such as gang members in a program called “Advance Peace.”

The initial setup in the Fresno plan would be a $75K budgetary item. The next year would be $225,000 to be funded by “cannabis activity.”

The stipends in Richmond range from $300 to $1,000 per month, depending upon how far the individual has progressed toward their personal “goals.” [Remember, a gang member can sell drugs and make up to 10 times that amount at one time. Success against violence will depend entirely upon whether the individual chooses to change their lifestyle.

I’m not a violent guy, but I wonder if I go to Fresno and break a few windows I can get $12K/ year? It would certainly pay for a vacation. Do you think “bribe to be peaceful” cash is taxable?

The program, called Advance Peace, utilizes former convicts to monitor high-risk individuals and encourage them to join the program. Former convicts? What about politicians?

By working with and supporting a targeted group of individuals at the core of gun hostilities, Advance Peace bridges the gap between anti-violence programming and a hard-to-reach population at the center of violence in urban areas, thus breaking the cycle of gun hostilities and altering the trajectory of these men’s lives.

It’s actually not too bad an idea…as long as the funds hold out, and the monitors don’t backslide. The high-risk people hold some form of respect for the “monitors,” and the $12K/year is more profitable than what they can get on the street (doubtful). Attempting to change the lives of gang members can be a daunting task that many inner city churches and nonprofit groups have worked on before. Sometimes it has been amazingly successful on a small scale in specific violent neighborhoods. Usually, however, the folks aren’t PAID to be in the program, they’re rewarded with hard work and jobs for those who move forward.

In our area, a former drug kingpin turned some former drug dealers/users around simply because they saw him change his own life. It’s a rare example that did work but only because of their personal respect for the man’s reputation. No one offered to pay those folks to change, either – they just learned that if they stayed out of trouble, they could get a job. If they didn’t, they’d end up in trouble again, and maybe go back to prison.

And that had nothing to do with gang violence. Gangs are another matter altogether.

According to KVPR, Advance Peace solicits five-year commitments from cities, totaling $3 million in spending split between the city (or organizations on behalf of the city) and Advance Peace. After the five-year run, the nonprofit expects cities to fully fund the program.

Despite more than nine years of implementation in Richmond alone and major funding commitments by local governments and organizations, there have been no major studies of the organization or its program’s impact on violent crime.

The Fresno plan is currently working through the budget process for this program.

It seems that this program is just another liberal “throw money at the problem” program that sounds nice, but nobody knows if it works or not.