Fran Lebowitz: Trump ‘deserves’ To Be Butchered Like Khashoggi 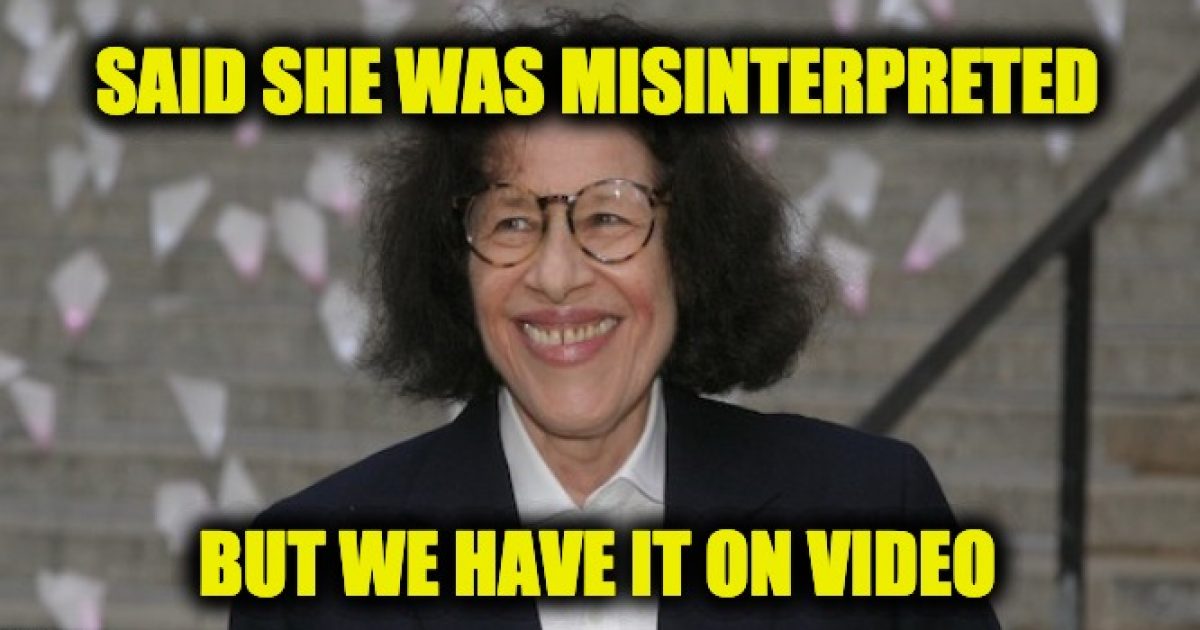 Social commentator Fran Lebowitz was once compared with the great satirist Dorothy Parker, which was as undeservedly flattering to the hard-edged Lebowitz who things that we are all idiots, as it was insulting to the witty Parker, whose comedic genius followed her to the grave. (Her epitaph, which she wrote, was “Excuse my dust.”) Lebowitz’s “creative “output is limited these days mostly to writing for “Vanity Fair,” was a guest on HBO’s “Real Time with Bill Maher” last Friday.  She suggested handing Donald Trump over to the Saudis to be butchered in the same manner as Washington Post reporter Jamal Khashoggi, who was brutally murdered and dismembered.

“Certainly, he [Trump] deserves to be impeached. I mean, impeachment is just the beginning of what he deserves. Not even scratching the surface of what he deserves,” Lebowitz said. “Whenever I think about this and what he really deserves, I think, ‘We should turn him over to the Saudis, you know, his buddies. The same Saudis who got rid of that reporter [Khashoggi ], you know. Maybe they can do the same for him.'”

Lebowitz attempted to walk back her comment later in the show after learning it had caused a stir on social media, even suggesting that those who were angry with her comment misinterpreted what she said:

OH PUULESE! It was coffee, not alcohol or some mind-altering drug (perhaps she ignored the famous Wavy Gravy warning and took a hit of the brown acid, but I doubt it. I start each day with one or two 20oz Red Bulls and with the possible exception people who are responsible for killing others, such as murders, despots, terrorists, or people who molest kids.

Pray tell, what could have been the misinterpretation? Was she talking about a different reporter? Perhaps a different Saudi government.  Maybe she believes the comic books are real and there can be a different universe with a different Khashoggi who wasn’t killed by Saudi Arabia of that universe.

Most likely, she believes everyone except human being who saw/heard what she said is an imbecile and actually believes her claim of being misinterpreted.

Watch the video, and decide for yourself:

Fran Lebowitz suggests we murder President Trump. “We should turn him over to the Saudis, his buddies. The same Saudi’s who got rid of that reporter. Maybe they could do the same for him.” Last night on Bill Maher. This is truly sick! pic.twitter.com/NffNdt01IU

No matter how Lebowitz couches her mea culpa, her comment was just more proof that liberalism, at its core, is an ideology of violent, bloodthirsty rage and hate. And yes, they really do want Trump (and all his supporters) dead.

Some of this post was first seen at Conservative Firing Line.