Antifa Enters A Colorado Residential Area, Gets Their Butts Kicked 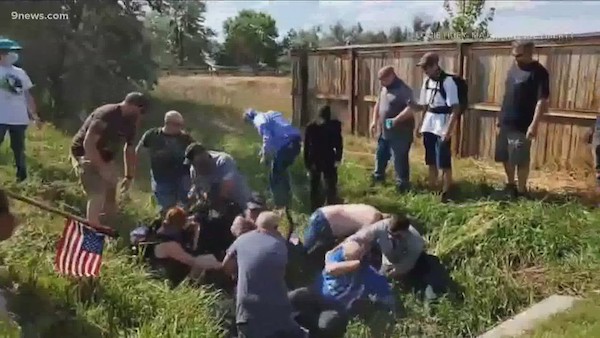 A pro-police rally in  Fort Collins, Colorado, caught the attention of BLM and Antifa activists on Saturday.  As the pro-Cop and BLM groups tried to talk things out, the Antifa group attacked a disabled veteran who was in a wheelchair, angering the pro-Cop crowd. Antifa was confronted, and the beat down began. In the end, three people were arrested.

The “Back the Blue” protesters spread out on the street front of the police headquarters building waving U.S. and “Thin Blue Line” flags and holding “Defend the Police” signs. 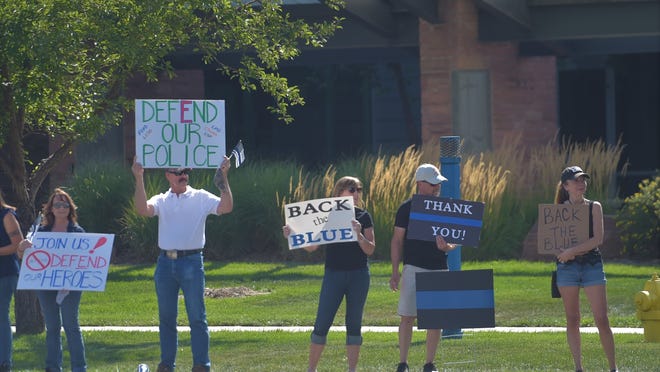 Per the Colorado State University Newspaper, the Collegian:

The pro-cop and the BLM protesters tried to discuss their differences. That’s when Antifa showed up, and the fight broke out.

“As soon as I approached, I see people that have come from the side of the street from the pro-cops, they are wanting to, I want to say, … surround maybe three or four individuals who are holding up these signs that say Black Lives Matter to have a conversation,” Philpot [Julius Philpot a BLM speaker]  said.

Philpot said that after about 20 minutes, a group of people dressed in “all black tactical gear” walked up to the side of the street the Black Lives Matter counterprotesters were on.

That’s when all hell broke out because of the second group, the one wearing all black attacked a pro-cop guy in a wheelchair. The pro-police protesters seemed like big guys who had the advantage during the rumble. According to reports one of the Antifa crowd tried pulling out his knife, but it was quickly confiscated. In the videos, you can hear someone scream “hey, no weapons, man.”

Antifa assaulted someone in a wheelchair. That’s what set off the beat down from residents. Police were on the scene to arrest the commies. pic.twitter.com/LhqHFztjV2

Ciara Wilson, a local high school student and organizer with the Fort Collins People’s Initiative for Equity, said that when she arrived, things were tense, and quickly got worse:

“Once they get all the way down the street from the police station, it just goes into an all-out brawl in the middle of a grassy pit,” Wilson said. “10 to 15 people just piled up on top of each other. Chokeholds, batons, punched in the face all of it, and there were no police.”

In a video, Wilson shared with The Collegian, protesters, and counterprotesters can be seen fighting in a ditch a few blocks away from the police station. Both Wilson and Loma said the police did not arrive for four to five minutes after the altercations started.

“At the first pro-police rally that we’ve had in Fort Collins, I, a 16-year-old girl, witnessed two beatings, and then the people who got beat were the ones that got arrested when they were the ones who had been assaulted,” Wilson said. “It was getting so violent so quickly, and the Fort Collins Police Service did nothing to help. They came after everyone had already gotten viciously beaten, they didn’t arrest the correct people and they didn’t do anything to try to deescalate the situation. … It was horrendous.”

When ANTIFA makes a wrong turn into MAGA country. ? pic.twitter.com/DA5QJqdHGR

The police department’s booking report showed two men and one woman were arrested for disorderly conduct. One of the men was also booked for allegedly possessing an illegal weapon, while another was hit with a resisting arrest charge. The report did not disclose which group the arrestees were affiliated with.

This was a lesson for the local Antifa, stay out of Fort Collins, and respect veterans.