Why Are CNN And NBC Trying To ‘Out’ A Former CIA Asset From Russia? 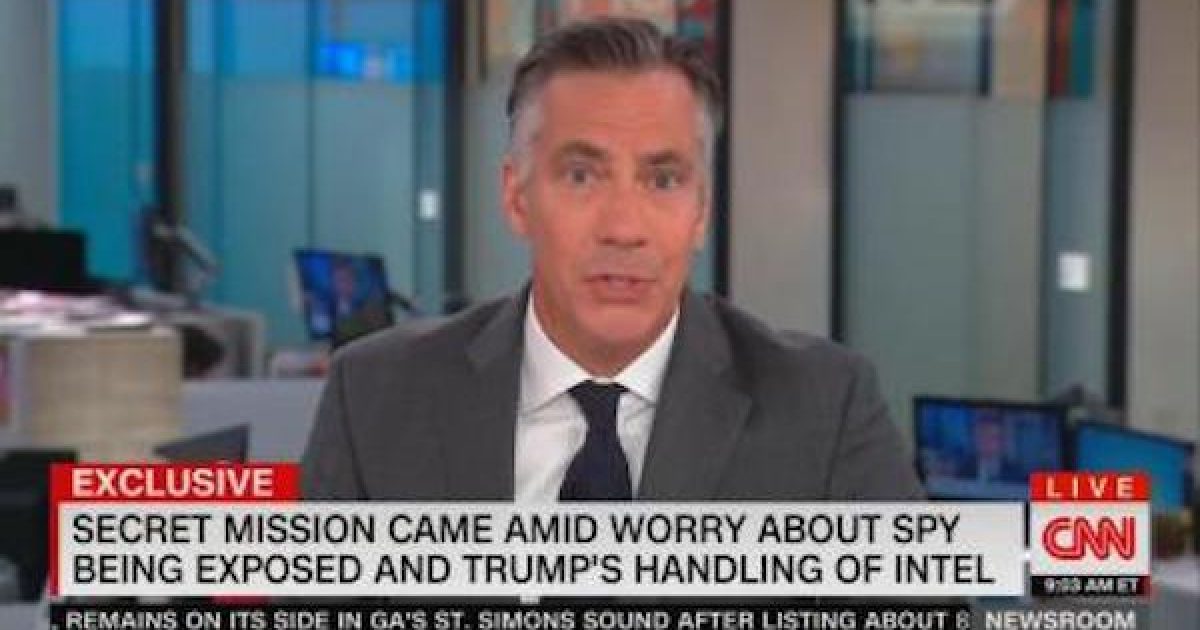 When CNN reported on Monday that the CIA had decided to exfiltrate a highly-placed Russian asset in 2017, alarms started going off – as they should – about why anonymous sources from inside the intelligence community are exposing this information.

CNN’s report frames it as concern about how Trump was handling sensitive intelligence at the time; i.e., in early 2017, before the exfiltration was decided on.  The concern about Trump and intelligence sources and methods was said to have prompted the removal of the asset from Russia.

That is silly and is not what counts.

The CIA immediately responded, moreover, denying that the “Trump concern” was even the case, a fact CNN includes in the current version of its report.

Asked for comment, Brittany Bramell, the CIA director of public affairs, told CNN: “CNN’s narrative that the Central Intelligence Agency makes life-or-death decisions based on anything other than objective analysis and sound collection is simply false. Misguided speculation that the President’s handling of our nation’s most sensitive intelligence—which he has access to each and every day—drove an alleged exfiltration operation is inaccurate.”

The New York Times article on this story, alluded to in the CNN report, contradicts the allegation cited by CNN that Trump’s behavior was the reason for the asset’s removal.

I'm trusting the NYT reporters. Sciutto's openly anti-Trump and has at least one major screw up on the Trump-Russia beat. https://t.co/8M0pFhCQKy

But that’s all actually a red herring.

Even if such a concern about Trump had been felt in 2017, that can in no way justify exposing to the public at any time what happened with this asset.  The exposure of an asset’s exfiltration – especially when a timeframe is indicated – is the only thing that matters here.  Forget CNN for the moment; why are the anonymous sources doing that?

This story so far is a bizarre mix of the unconscionable and the inexplicable.  It looks as if CNN and NBC, apparently encouraged by members of the intelligence community, are trying to draw the Russians a map to this asset.

Here’s CNN describing the kind of access the individual had inside the Kremlin.

The source was considered the highest level source for the US inside the Kremlin, high up in the national security infrastructure, according to the source familiar with the matter and a former senior intelligence official.

According to CNN’s sources, the spy had access to Putin and could even provide images of documents on the Russian leader’s desk.

The covert source provided information for more than a decade, according to the sources, and an initial effort to extract the spy, after exposure concerns, was rebuffed by the informant.

There aren’t so many such people that Putin and his henchmen would have any difficulty figuring out who it was.  Golly, it would be the person with that kind of access who disappeared from Russia shortly after May 2017, wouldn’t it?

NBC’s Ken Dilanian comes along and writes a chatty summary of an NBC reporter’s attempt to visit with a former Russian official now living in, let’s just say it, Northern Virginia, who appears to fit the profile of the exfiltrated asset.  The person in Northern Virginia seems to be under the protection of the U.S. government.

NBC News is withholding the man’s name and other key details at the request of U.S. officials, who say reporting the information could endanger his life.

Yet the former Russian government official, who had a job with access to secrets, was living openly under his true name.

An NBC News correspondent went to the man’s house in the Washington area and rang the doorbell. Five minutes later, two young men in an SUV came racing up the street and parked immediately adjacent to the correspondent’s car.

The men, who identified themselves only as friends of the Russian, asked the correspondent what he was doing there.

Gee, whiz: Ken Dilanian, another (?) NBC reporter, G-men in an SUV in Northern Virginia, a Russian official living under his own name – no way Russian intelligence could figure out how to zero in on that one.  Probably take them moths to solve such an intricate puzzle.

The initial reaction would be one of indignation that someone seems to be trying to get this person killed.

The attempt looks so blatant, however, as to be wildly inexplicable.  A six-year-old could see how the hints are being dropped.  What’s going on here?  Is this an attempt to burn a CIA asset, for some reason of the leakers’?  Is it an attempt to mislead someone about the Russian living in Northern Virginia?

There is nothing to validate the connection being suggested by NBC: that the individual in Northern Virginia is the former CIA asset.  But clearly, that unnamed resident of the Virginia suburbs would be the one being targeted.  That person is the one who would be located quickly, based on the clues dropped so far.

If the person is living under his own name, that suggests he saw no reason before now to do otherwise.  And that makes me doubt he’s the highly-placed CIA asset.  It’s pretty much guaranteed the Russians know exactly who he is and where he lives.  I seriously doubt he’d trust the CIA enough to live here openly if he’d had to be exfiltrated at some point, as opposed to just getting on a plane with an overt, legitimate reason for going to the U.S.

It’s hard to know if this is some spy game wagging the MSM dog.  But there’s no excuse for it – unless, by some off-the-wall chance, the current administration is actually behind it, and playing a game of its own with smoke and mirrors.  I might or might not agree with the administration’s reasoning, regardless of which administration it was.  But at least it’s the duly elected president’s call on such things.

It’s not the call of anonymous leakers.  They’ve put themselves on the wrong side of national security if they’re doing this on their own.  Some reporting (including CNN’s) suggests that it’s about Russiagate, and the national intelligence assessment on Russian interference in 2016.  A news report like this may be a pretext for getting that allusion out there, of course (i.e., the CIA asset was the source mentioned in the intel assessment).  But it’s irresponsible in the extreme.  Far from justifying this “outing” of an asset, seeking to plant the Russiagate allusion condemns it, no matter which way you see the Russian interference narrative.  If the narrative is righteous, then keep the CIA asset’s secrets.  Either way, don’t go around burning people to keep the narrative alive.

If this is a rogue attempt to do something – whatever it is – that in the process unethically exposes a CIA asset, then probe everyone potentially involved until the answer burps out.  Start with whoever knew about the asset at the CIA, and work from there.

Note: this isn’t the first time that CNN’s Jim Sciutto got caught broadcasting a fake report. Here are some others.