Iran’s Been Upgrading Fordow For 20+ Months, That’s Where They Resumed Enrichment 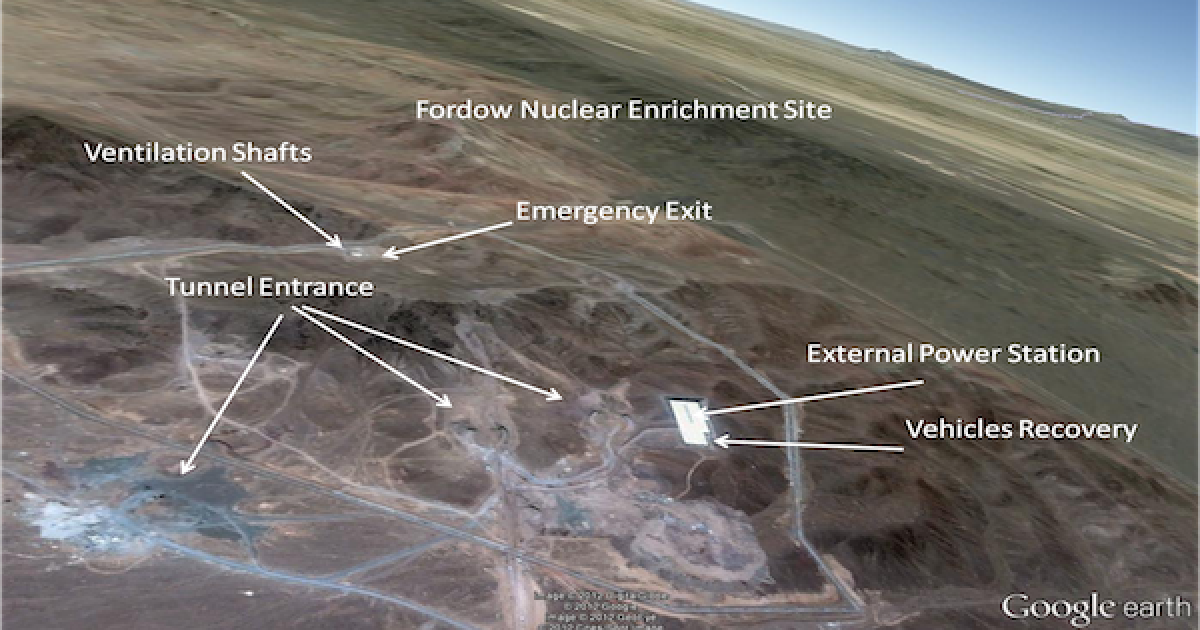 Iran announced it had resumed uranium enrichment at its underground Fordow nuclear plant, stepping further away from the 2015 one-sided Joint Comprehensive Plan of Action  (JCPOA). The rogue regime has been “bulking up” its Fordow nuclear facility since at least April 2018, but the cowardly countries remaining in the JCPOA, never made the construction issue.

President Trump backed away from the deal in May 2018 because it restricted the United States, but enabled Iran to go nuclear in 2025, and continue to fund terrorism,  among other reasons. Months before the US withdrew, the POTUS offered to renegotiate and make the deal acceptable. He gave the Iranian despots a choice, “You can have a nuclear weapons program, or you can have a functioning economic system. One or the other, but you can’t have both.” After getting a negative response to his offer to renegotiate, the President placed sanctions on Iran, which, as promised, is crippling its economy.

In the deal, Iran agreed to turn Fordow into a “nuclear, physics and technology center” where 1,044 centrifuges were used for purposes other than enrichment. Still, it has been apparent for over a year and a half that Iran was getting the Fordow facility ready for its nefarious purposes.  If they were getting it ready for isotopes as they claimed in the JCPOA, a facility built in a mountain wouldn’t be necessary.

A few weeks before President Trump announced America would be leaving the flawed deal, Israeli Prime Minister Netanyahu announced the Mossad had captured nuclear-related files from an Iranian storage facility. The data showed that Fordow was built for Iran’s nuclear weapons program which they called Project Amad.

In May 2018, satellite images of Iran’s Fordo Nuclear Facility revealed Iran has opened up the gates and added new construction to the Fordow nuclear weapons plant. Fordo is dug deep into a mountain and thought to be resistant to airstrikes. There was no reason to expand the site unless Iran had a bomb-making program. But since that time, countries still in the deal did nothing.

After JCPOA was agreed to, Ali Akbar Salehi, head of the Atomic Energy Organization Of Iran (AEOI) and a member of Iran’s nuclear negotiating team, bragged about the concessions Iran received for the Fordo nuclear facility.

“[We] regard the maintaining of the Fordo facilities as a point of strength in the JCPOA, whereas they [the U.S. and EU3] did not even want the Fordo [facility to] exist and said we had to shut it down. [Newspaper and television] reporters are supposed to visit the various areas of this [Fordo] facility. If you have archive photos [of it], you can see how much the facility has changed and what activities are taking place, especially in the field of stable isotopes and in the various labs. We maintained Fordo in the JCPOA so that if we want, we can start enriching [uranium] to 20% within five days.”

Those May 2018 satellite photos, provided by ImageSat International (ISI), reveal that the entrance gate to the Fordo (or Fordow) uranium enrichment facility was opened, and there seems to be much activity, including new buildings, along with buses and other vehicles parked outside the Fordo complex.

The pictures (below) were taken on Sunday, April 29th, and released on Thursday, May 3rd of 2018. Based on the construction, the work had to start weeks (or months). The comparison images were taken in July 2016.

In July of 2019, the Institute for Science and International Security  reported: 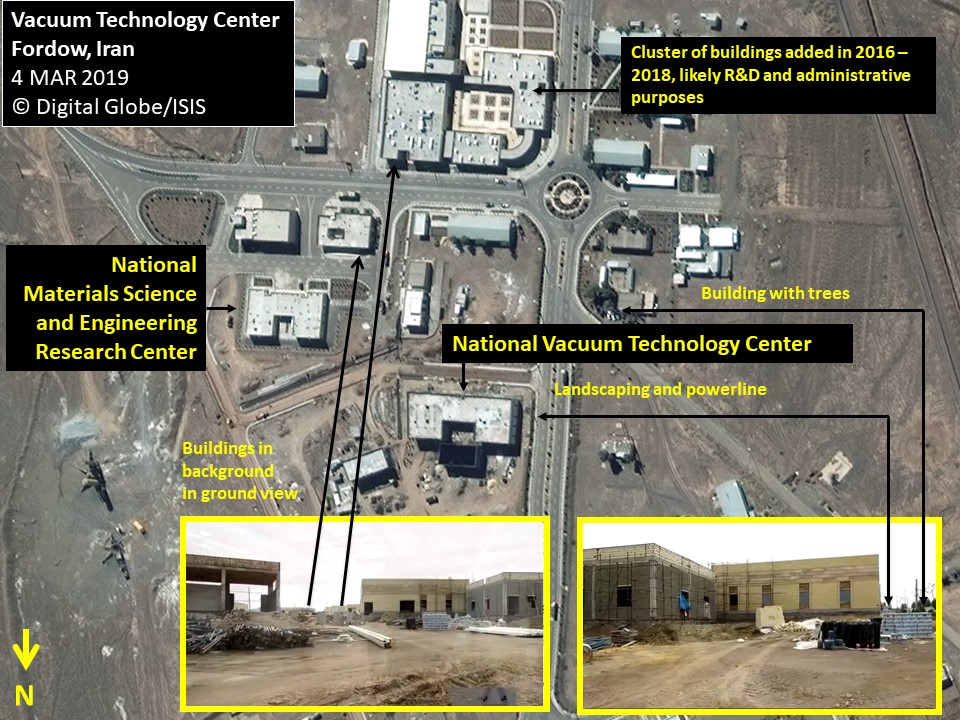 Iran’s plans to increase its nuclear activity at Fordow raise concerns that Iran is positioning itself for a rapid nuclear breakout. It is now time for all nations to reject its nuclear extortion and increase pressure.

Nobody should be surprised that Iran resumed enrichment at Fordow, they have been expanding and upgrading the facility for over a year and a half.  What is surprising is that none of the remaining countries in the deal China, France, Germany, Russia, or the United Kingdom, has called Iran on it.  At least one would expect that France, Germany, and the UK would have the guts to tell Iran to stop readying their nuclear weapons plant in a mountain.