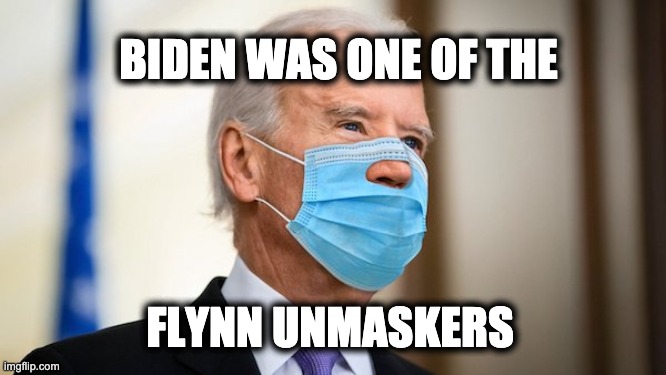 Acting DNI Rick Grenell released the list of Obama administration officials who were involved in the “unmasking” of General Michael Flynn to Senators Grassley and Johnson. Senator Johnson released the list to the public. The names on the list first read a report about a conversation with the Russian Ambassador and asked who the American on the call. All the unmasking requests were made between election day 2016 and eight days before Trump’s inaugural. Flynn’s conversation with Russian Ambassador Sergey Kislyak instigated the unmasking. According to the cover letter, these people asked for the unmasking but didn’t necessarily receive the data. Flynn unmasking report

“Per your email request of 3 May 2020, I am providing a revised list of identities of any officials who submitted requests to the National Security Agency at any point between 8 November 2016 and 31 January 2017 to unmask the identity of former National Security Advisor, Lieutenant General Michael T. Flynn (USA-Ret)…“While the principals are identified below, we cannot confirm they saw the unmasked information.”

The names on the list include former United Nations Ambassador Samantha Power, former Director of National Intelligence James Clapper, former CIA Director John Brennan, and former FBI Director James Comey, and Obama’s Cheif of Staff Dennis McDonough. Joe Biden is on the list and surprisingly he asked for the information on January 12, 2017, eight days before Trump became president, and the same day the Washington Post first broke the story of the Flynn-Kislyak phone call. Was Biden the leaker?

According to a senior U.S. government official, Flynn phoned Russian Ambassador Sergey Kislyak several times on Dec. 29, the day the Obama administration announced the expulsion of 35 Russian officials as well as other measures in retaliation for the hacking. What did Flynn say, and did it undercut the U.S. sanctions? The Logan Act (though never enforced) bars U.S. citizens from correspondence intending to influence a foreign government about “disputes” with the United States. Was its spirit violated? The Trump campaign didn’t immediately respond to a request for comment.

Maybe it’s just a coincidence.  One of the people on this list was probably the person who leaked the Flynn-Kislyal phone call to the Washington Post.

Read the full report below: